DID YOU KNOW? Here's How Much It Costs to Stay at Amanpulo in Palawan|Read more »
Culture | By Mylene Mendoza for Candymag.com - Oct 6, 2020

Meet Gabby Banaag, an 18-year-old student and founder of a tech organization. 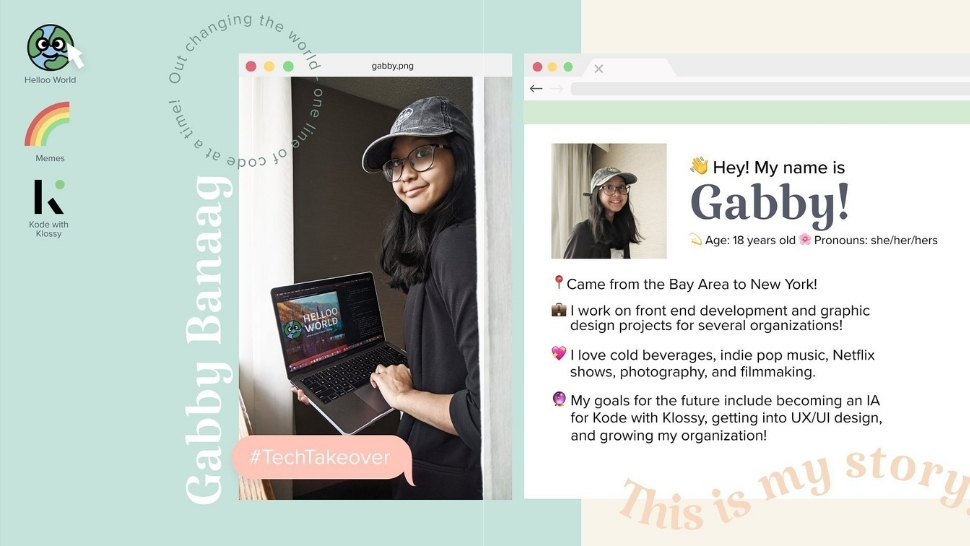 It's become more common for big names in the industry to hand over their platforms to regular individuals who have advocacies they wish to share to a larger audience. One Filipina student in New York got to do so, on no less than a supermodel's Insta account.

Gabby Banaag, 18-year-old college student currently based in New York, got to share her passion for coding on supermodel Karlie Kloss' Instagram account during a recent IG takeover. Gabby took this opportunity to introduce the wonders of coding and the impact it can make on the world's most pressing issues to Karlie's almost nine million followers.

"I'm an 18 year old into digital media and design, indie pop music, photography and film, and volunteering for causes I care about. I haven't done anything particularly extraordinary, but I attended a really cool coding camp over the last two summers, and it changed my life," Gabby shares in the post. It has gotten over 7,000 likes and 100 comments as of writing.

In 2019, Gabby got to attend Kode with Klossy, a free coding camp for young girls in the U.S. founded by the model. "I applied through the Kode with Klossy website in 2019 after my godmother recommended it," Gabby shares in an interview with Candy. "I had to answer a couple of short essay questions and make a video explaining why I wanted to go the camp and what I planned to do following it. I was one of the lucky fifteen scholars who was accepted and got to learn about how to build websites at a 3D printing company!"

Karlie is a popular figure in fashion, but she's also dived into the world of coding out of curiosity. "I was lucky to join a class where I learned the fundamentals of Ruby and other programming languages through hands-on labs. My classmates and I built and tested apps, and even programmed a drone to fly around the classroom," she shared in a piece she wrote for Teen Vogue. In 2015, she created Kode with Klossy which has been providing 500 to 1,000 scholarships across different states over the years.

A day in the life at Kode with Klossy

If you're wondering what it's like to attend the supermodel's coding camp, Gabby gave us a sneak peek of what her experience was like when she joined. "We'd start each day doing an icebreaker to get to know each other, would spend the first half of the day learning something new about making websites, and the other half working on our project of the day (we'd make anything from sites about each other, photo galleries, and projects of our choice). In between, we'd do yoga, bond over lunch, jam out to Taylor Swift, play games, hear from speakers and tech company employees, and pet puppies at the office."

At present, Helloo World (yes, with two Os!) is a non-profit organization that has become "a hub for games and activities, educational resources and content, and events related to computer science and social activism." But prior to becoming a community, Helloo World was a mere website Gabby had coded after her participation at KWK, where the final project she chose to make along with her team was to code a website.

She says, "Inspired to keep coding following camp, and upon realizing that coding had the power to be incredibly impactful even through small projects, I ended up making a website that encompassed these kinds of topics--the site focused on topics like feminism, the environment, and inclusivity."

Now, Helloo World is an organization that hopes to show the younger generations that creating positive impact doesn't always require action on a grand scale. To conclude her takeover of Karlie's Instagram, Gabby says, "At the moment, I donât go to the fanciest computer science school, intern for big companies, or carry a belt of tech awards, but I can still change the world with tech."

This Laguna House Is Perfect For A Post-quarantine Getaway