SHOP: The Preview Beauty Bag Is Officially Here and It's the Ultimate Steal|Read more »
Culture | By Marj Ramos Clemente - Nov 3, 2020

Fun fact: She's actually not a redhead in real life! 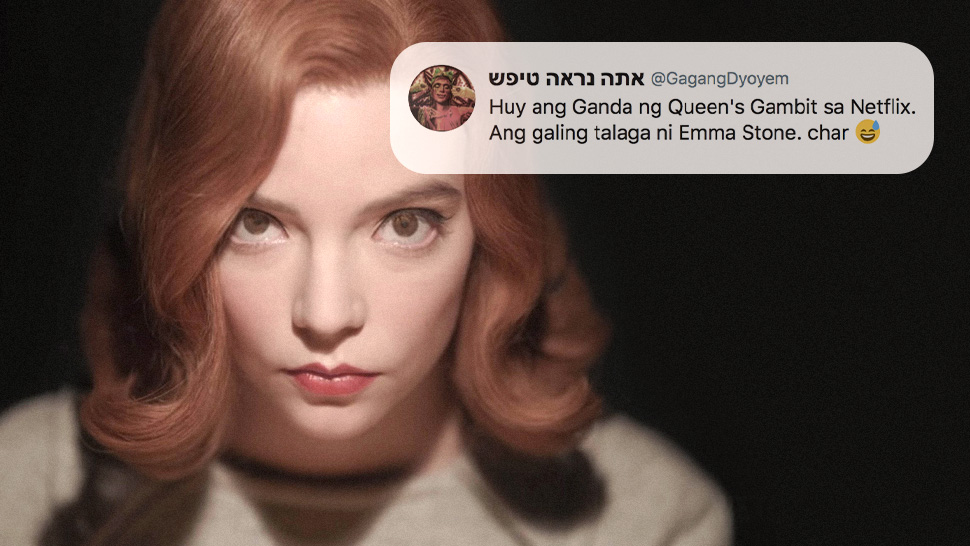 In case you’ve been living under the rock, The Queen’s Gambit—which was only released on Netflix last October 23—has steadily climbed its way up to the streaming site’s Top 10 in the Philippines. And if you still haven’t bothered to watch it until now, well, you’re definitely missing out!

The American drama series, which is based on Walter Tevis' 1983 novel of the same name, follows the life of a chess prodigy named Elizabeth Harmon. In the span of seven episodes, we witness her journey from being an eight-year-old orphaned girl to becoming the greatest chess player the world has ever seen, all while struggling against drug and alcohol dependency.

Beth—as the competitive, determined, and talented albeit oftentimes frustrating protagonist—was flawlessly portrayed by the American-Argentine-British actress Anya Taylor-Joy. In the show, we don't just see her career evolve but her fashion and beauty choices as well, particularly her hairstyles which ranged from a short blunt fringe to a '60s style flipped bob. But all throughout, she was a gorgeous redhead, which is probably the reason why a lot of people couldn't help but point out the supposed resemblance between her and another famous actress who loves sporting the crimson hue on her tresses: Yup, we're talking about Emma Stone!

Other than the hair color, it could be argued that the two actresses have quite similar body structure and facial features, like the shape of their nose and lips perhaps? Another glaring similarity could be credited to their equally low-pitched husky voice, which at one point in the show could kind of make you wonder if you're still hearing Beth Harmon or Gwen Stacy from The Amazing Spider-Man. As one netizen hilariously tweeted, "Pretty sure The Queen’s Gambit is just a show about a girl who slowly transforms into Emma Stone." LOL!

Here are some of the other users we’ve spotted on Twitter who are strongly making a case for their uncanny resemblance:

Fun fact: Both actresses are actually not natural redheads! Anya, for one, wore her naturally blond hair in The Witch (2015) and transformed into a dark brunette for Split (2016). And for her role in The Queen's Gambit, she had to wear redhead wigs, which eventually turned out to be such an iconic look for her. So whether or not you agree that she looks like Emma, one thing is definitely not up for debate here: Anya Taylor-Joy is a certified beauty chameleons! Enough said.