DID YOU KNOW? How Rich Is Korean Actress Park Shin Hye?|Read more »
Culture | By Ashley Martelino for Spot.ph - May 30, 2021

Would You Buy This Minimalist, Paper Screen Smartphone With No Social Media?

Nothing but the bare necessities. 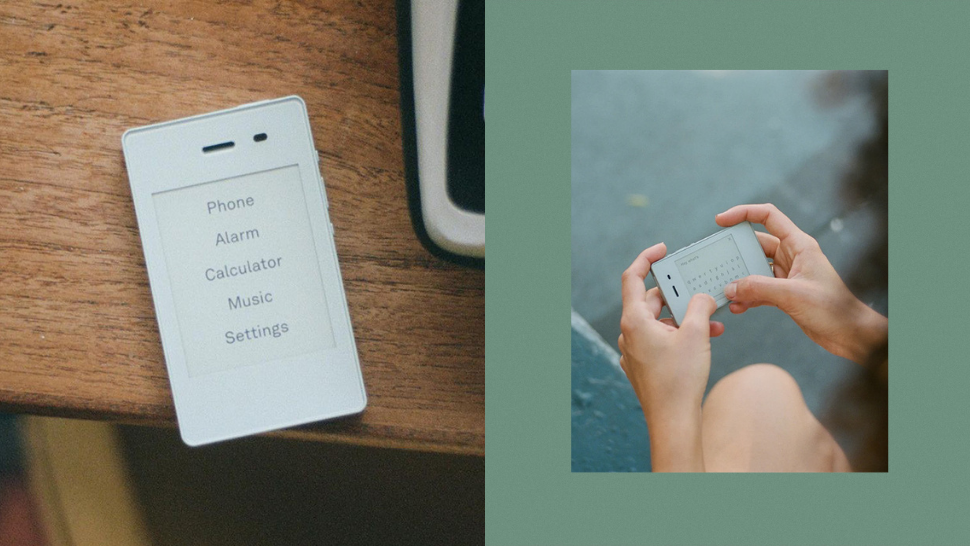 Even back in the early 2000s, it was already commonplace for pretty much everyone to have a mobile phone, but they did little more than serve as call and text devices in the most basic sense. Sure, they had games built in and more advanced models could play music, but rarely did anyone have access to 24/7 mobile data (remember when you would tell your friends you were "going offline?") and the main sources of entertainment at home were still televisions and desktop computers. However, the advent of the smartphone—and subsequently social media—turned our handheld devices into our source, tool, and channel for everything: Communication, photography, music, movies, TV shows, news stories, and so on.

While advancements in mobile-phone technology have made life easier and provided us more opportunity and access, it has also turned our devices into a necessity—one that we can't seem to get away from no matter how hard we try. Those of you who came of age amidst the birth and mass production of the smartphone may find yourselves longing for the simpler, seemingly less stressful times of when a phone was merely a device used to call and text. Enter The Light Phone II.

The Light Phone rejects the concept of a smartphone as an all-in-one gadget. It does away with more advanced specs like high-quality cameras, high-resolution screens, high-speed Internet, and so on, leaving behind just a few key features—and perhaps that's what's so refreshing about it. According to The Light Phone's website, the device "will never have social media, clickbait news, e-mail, an Internet browser, or any other anxiety-inducing infinite feed."

Unlike most smartphones—which seem to have an unlimited number of features —The Light Phone II opts for the bare necessities, to the point that you could quickly list down all its specs in just one breath. The Light Phone allows you to call and text... and that's about it as far as communication is concerned. It has a customizable menu with just a few essential tools as well as a dashboard website that allows you to manage the phone.

The device features an electronic paper screen—those of you who use popular e-reader devices may be familiar with the feature, which resembles a plain piece of paper more than it does a backlit screen. Most notably, the paper screen does not emit blue light—a light that can boost alertness, keep you awake late at night, and damage your eyes—and is totally black and white. The non-flashy display is enough to let you use the phone's utilitarian features.

The device itself is also much more compact than the average smartphone. You won't be spending hours scrolling through social media feeds or streaming YouTube videos on it, so the small screen is all you really need.

The Light Phone II also has an alarm, a calculator, a simple music player, and a podcast-listening tool. It has a headphone jack, Bluetooth capability, and can function as a personal hotspot. You can get it in two colors: black and white.

According to their website, The Light Phone II will have software updates down the line, but will maintain its utility-oriented interface.

The Light Phone II is priced at U.S. $299 (roughly P14,370) and is available for pre-order online, though the device is not available locally as of writing. Would you trade in your current smartphone for this minimalist mobile device?

3 Ways to Master Taking Photos on Your Phone, According to BJ Pascual

These Biodegradable Phone Cases Come in the Cutest Colors