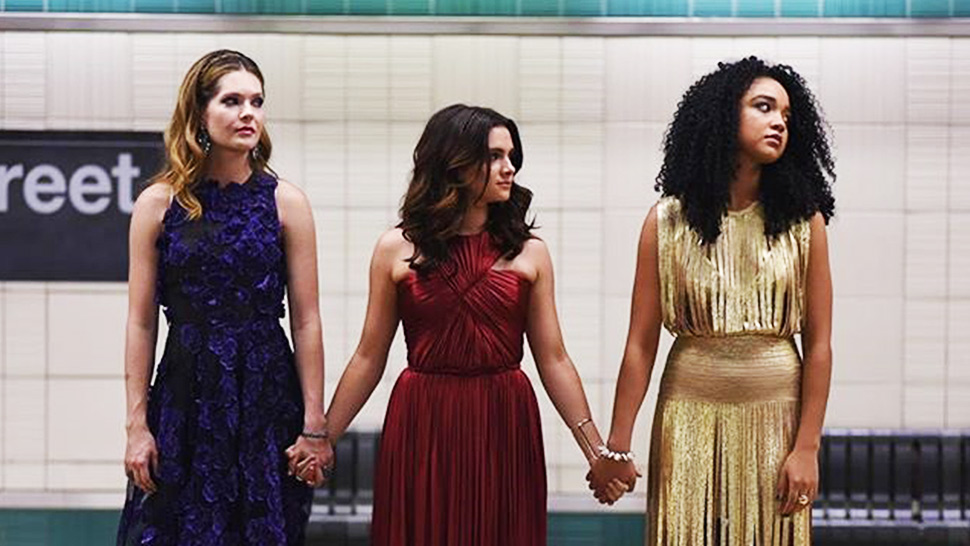 The leading entertainment channel for women in the Philippines is reinventing itself with sassier and bolder shows to inspire a whole new generation of Filipinas. That said, ETC is finally bringing The Bold Type to our local TV screens. An American comedy-drama, The Bold Type follows the exciting and at times outrageous lives of besties Jane (Katie Stevens), Sutton (Meghann Fahy), and Kat (Aisha Dee) as they discover and uncover their voices and identities in the unpredictable city of New York, all while working for Scarlet, one of the biggest women's magazines.

What I Loved About It

The Bold Type takes its females characters through the very real roller coaster that is life. Throughout their ups and downs, their mistakes and misgivings, Sutton, Jane, and Kat always rise to the top, stronger than their adversaries (sometimes other people, sometimes themselves), and have learned and grown from their experiences. But the show isn't just about women being individually empowered; most of the time, the females are empowering each other, building each other better in a world set against them. Because, in the words of Jacqueline (Scarlet's nurturing yet badass editor-in-chief), "Nevertheless, we will persist!"

2. It's not afraid to get political.

Racial discrimination, white privilege, unconventional relationships, sexual harassment, gun violence, and freeing the nipple are just a few of all the taboo topics and issues The Bold Type bravely takes on, and they've only finished their second season! The best part? There's actual continuity. They don't just scratch the surface of these issues. No, the show digs deep into them, they carve them out for everyone to see, and for discourse to ensue. And yes, the depth of the show's writing is sustained even when it's all about faking orgasms. Our favorite moment, though? Well, you'll just have to watch until the final episode of season one. Make sure you've got your tissues out, too, because there's no turning back after you watch that scene.

3. It has a well developed LGBT relationship.

While Western movies and TV shows have certainly been coming out with queer representation in the past few years, albeit not always done succesfully, oftentimes these LGBT characters have one common denominator. They all happen to be Caucasian-skinned. You can imagine what a breath of fresh air the queer characters in The Bold Type is. Kat Edison is Scarlet Magazine's spunky African-American Social Media Director slowly coming to terms with her sexuality, while Adena El-Amin is a proud lesbian, Muslim photographer. They eventually fall in love and are portrayed like any other straight couple on the show, with equal parts cute-passionate moments, and frustrating, sometimes heartbreaking quarrels as lovers do. Not only this, Kat and Adena are fully fleshed out characters, who have actual storylines outside of their relationship, proving that they're definitely more than just their sexualities.

4. It's an entertaining gateway to the world of publication.

Dreaming of working for a magazine someday? Yes? Then this show's definitely for you. Inspired by the life of Joanna Coles, Cosmopolitan's former editor-in-chief, The Bold Type lightly takes you through the (highly dramatized) fictional ins-and-outs of a magazine, from wacky pitch meetings, to painstakingly hunting down stories, to producing hectic photoshoots and events, and more. Fashion girls will especially resonate with Sutton Brady, Scarlet's persevering fashion assistant who will do absolutely anything to achieve stylist status. Yes, maxing out the company credit card to get that Balenciaga bag for Kate Upton's photoshoot, included.

5. At the heart of the show is female friendship.

The show prides female friendship more than anything else. Jane, Sutton, and Kat are so close they may as well be tied at the hips. But what makes the relationship of this trio truly admirable is  their no-nonsense treatment towards each other. These three deal with their problems  together, no backstabbing or bad-mouthing cliches like how a group of girls are normally depicted on TV shows and movies. Jane, Sutton, and Kat are three individually headstrong opinionated women whose ideals understandably clash from time to time. But instead of cringeworthy catfights breaking loose, they lay it all out on the table, argue, figure it out, make up, and get through it like troopers all while continuing to strengthen their bond.

So far, the show has gone off without a majot hitch, in my opinion. And we're keeping our fingers crossed its no-nonsense, gung-ho spirit, and positive message carries on as the show continues.

If you're looking for a female-driven show to follow that is comedic, heartfelt, and empowering all at the same time then you should definitely catch The Bold Type on ETC every Wednesdays at 8 p.m. And while it's certainly not for the more conservative crowd, the show's brevity with the storylines it tackles may as well be meant to stir the mindsets of the more old-fashioned, and admittedly closed-minded demographic. In short? Watch it. Watch it with your parents even, or your judgmental aunts and uncles. Though it may take a world of unkind words before they can even consider the ideas The Bold Type advocates for, it definitely can't hurt to show them how the times are a changin', one episode at a time.