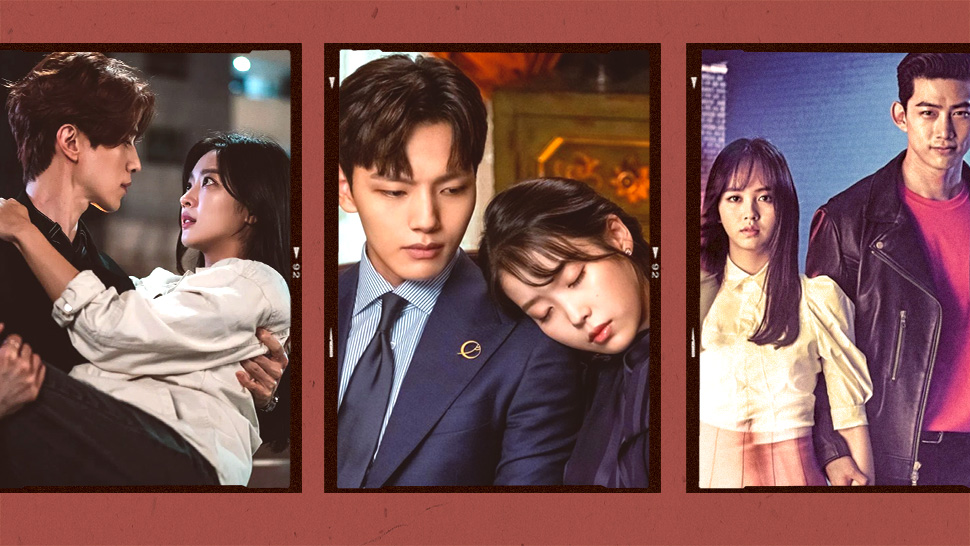 We love a good rom-com, but since it's almost Halloween, it's the perfect time to binge on supernatural-themed K-dramas! Cosmo.ph asked readers in their Cosmo Community on Facebook for their recommendations, and here's what they had to say.

Hotelier Goo Chan Sung (Yeo Jin Goo) takes on the role of general manager at the magical Hotel Del Luna, and slowly begins to unravel the secrets of the ghostly hotel and its staff. Plus, the soundtrack is super nice!

A detective (Song Sae Byeok) and psychic (Go Joon Hee) team up in order to stop the resurrected spirit of a deranged serial killer from going on a killing spree.

3. Tale Of The Nine-Tailed

Yi Yeon (Lee Dong Wook), a male gumiho, was previously a god but now works to clean up the mess left behind by ghosts disturbing the living. Kim Bum plays his dangerous younger half-brother, Yi Rang.

Detective Yang Shi Ohn (So Yi Hyun) wakes up from a six-year coma with a newfound ability to see ghosts. Along with her rookie cop partner Cha Gun Woo (Ok Taec Yeon) she uses the information to solve cold cases.

5. Bring It On Ghost

Park Bong Pal (Ok Taec Yeon) grew up with the ability to see ghosts. In order to undergo a procedure that'll take away his supernatural ability, he works as an exorcist to earn money. He eventually meets and teams up with the ghost of high schooler Kim Hyun Ji (Kim So Hyun)—but neither of them know the dangers that await them.

6. The Girl Who Sees Scents

Synesthesia is a condition that happens when one sense triggers another—in the case of Choi Eun Seol (Shin Se Kyung), she develops the ability to 'see' smells. To help each other out, she teams up with policeman Choi Moo Gak (Park Yoo Chun), who has lost his sense of smell and taste and his ability to feel pain after his sister's traumatic murder.

7. I Can Hear Your Voice

What is your fave supernatural Korean drama series? Let us know in the comments!