SHOP: The Preview Beauty Bag Is Officially Here and It's the Ultimate Steal|Read more »
Culture | By Christa I. De La Cruz for Spot.ph - May 31, 2021

For whether you're catching a meteor shower or looking at a lunar eclipse. 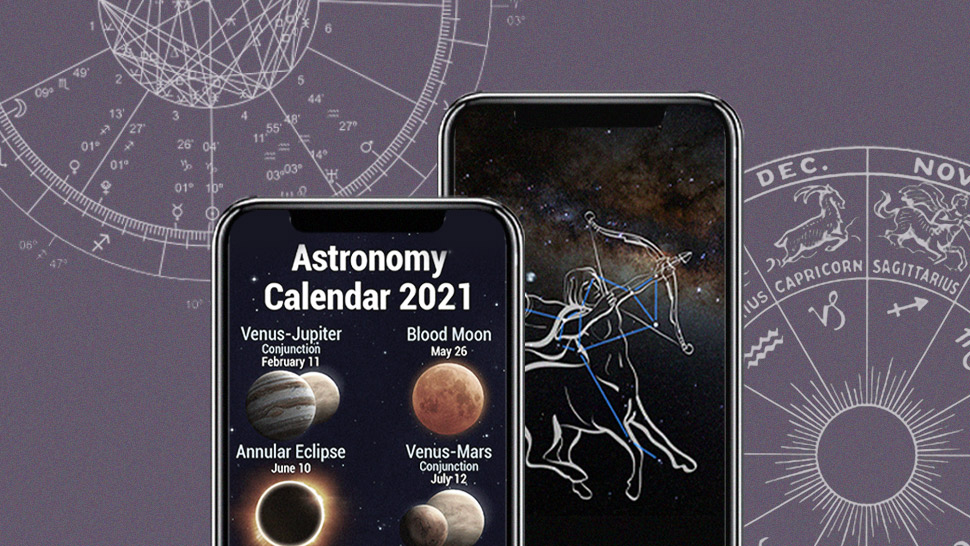 IMAGE Star Walk 2, SkyView Lite
For whether you're catching a meteor shower or looking at a lunar eclipse.
Shares
Share
Tweet
Comments

Considering just how vast the sky is, stargazing can be a bit tricky. You might be looking in the wrong direction during a meteor shower, mistaking a planet for a star (or vice versa), or wondering if that moving blob above you is an alien, a plane, or the International Space Station. But whether you’re looking for your favorite constellation during a pitch-black night or on the lookout for a lunar eclipse, there are a number of mobile apps to make you into the amateur astronomer you’ve always wanted to be.

Here are 10 stargazer apps you can download for your next astronomy adventure:

With Sky Map, you have a planetarium in your hands. Just point it towards any direction, and the screen would show you the stars out there. You can also use it to look for a planet or constellation just by following the arrows on your phone. Another cool feature is that you can enter any date, and check out what the night sky looked like then.

The moon is one of the most interesting celestial objects in our night sky. It illuminates beautifully, but it doesn't really have a light. It rises and sets, changes its "shape" (which we know as the moon phases), and so on. If you're interested in just following the moon, there's a mobile app called The Moon (obviously). It shows you the moonrise and moonset per day, moon phases, illumination, and distance. You can also tweak the time and location to check out what the moon looks like from the other side of the world and even in a different era.

Available on Android and iPhone.

Looking up at the sky can be fun, but looking down from the sky can be exciting. Pretend you're up there at the International Space Station through National Aeronautics and Space Administration's mobile app. It has a live streaming video from the High Definition Earth Viewing experiment with the space hub as the POV. It also features the latest news on space exploration, the biggest events happening in the sky, and tens of thousands of images and videos of the universe taken by satellites and high-powered telescopes.

Before there were telescopes and compasses, our forefathers only needed to know where Polaris (or North Star) was and they were all set for navigation. If you want to know where the North Star is at any given time and location, Polar Finder can help you in the polar alignment process of your telescope.

Not really an app for stargazing, but wouldn't it be cool to know when the International Space Station is right above you? The ISS Detector Satellite Tracker rings an alarm just a few minutes before the space hub is within proximity. It also lets you know where exactly to spot the station and if the sky's are clear enough to see it with your naked eye.

Aside from a skymap, SkyWiki also features a compass, a calendar, and a periscope to practice your stargazing skills. You can also check out the day's astro and weather news, including moonrise and sunrise, all at your fingertips.

Nightshift goes the extra mile in assisting you during stargazing. First, it shows you where there's a gap in the clouds so you can still see night sky even when there's a gray cover overhead. Second, it makes sure that your eyes don't get exposed to unnecessary bright lights (such as your phone's) by having a night-vision feature. Third, it sends you notifications for peak hours of a meteor shower as well as planet visibility.

SkyView Lite is perfect for those just getting into stargazing. The mobile app shows only major stars and constellations, and doesn't overload the screen with objects you won't see in the sky anyway. To use it, you can just point your phone at the sky and find out what's there.

Jupiter, Saturn, Uranus, and Neptune—which we know as the gas giants—are absolutely thrilling to see through a telescope because of the colors that they have. And the mobile app Gas Giants lets you peer through a simulated telescope to see them. You can adjust your time and location to see them in real time.

Like Sky Map and SkyView Lite, Star Walk 2 shows you what astronomical objects are out there; all you have to do is aim your device at the sky (even if you're just pointing to your ceiling, thanks to augmented reality). It also automatically shows you in-depth information about the celestial body on your screen, plus some interesting trivia like why Mars is red and why the Super Pink Moon isn't really pink.