JUST IN: Jinkee Pacquiao Is One Glamorous Ninang at a Wedding Wearing Accessories Worth at Least P10 Million|Read more »
Culture | By Mylene Mendoza for Candymag.com - Aug 10, 2020 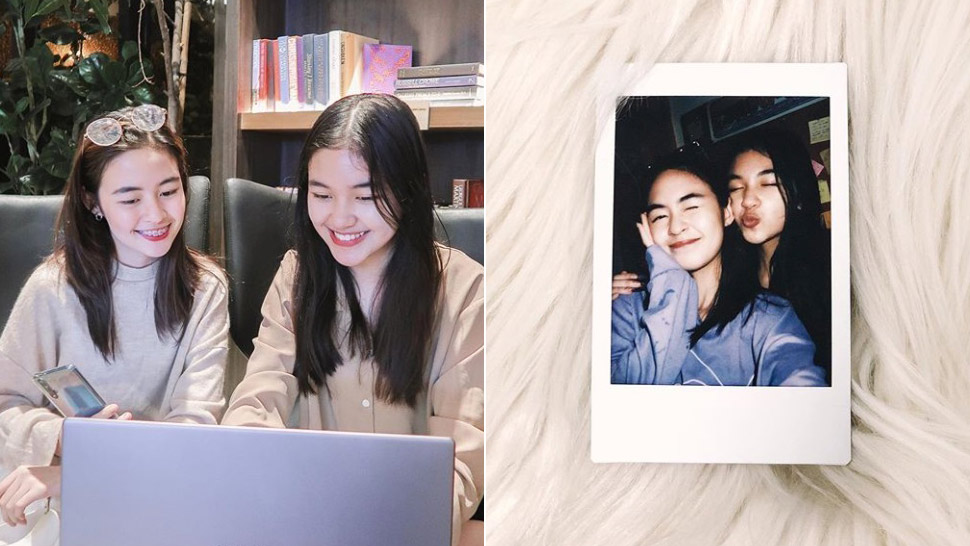 IMAGE instagram.com/nicolekhrystine
FYI, they don't always get along.

When it comes to clothes and little things like Netflix subscriptions, it's pretty natural to share everything with your siblings. That's not always the case, though, when it involves something pretty major—like, say, a YouTube channel.

For sister YouTubers Princess Torres, 17, and Nicole Torres, 16, a YouTube channel with close to 600K subscribers (575k to be exact) is another thing they share with each other. "Since we were very young, we've always been doing things together," they share over an e-mail conversation with Candy. "We would play dress-up, cook, and even set a fashion show in our living room. We're always together! We always get asked by strangers if we were twins because when we were little, we used to dress alike and hang out all the time."

The two sisters have had their channel named Princess and Nicole since 2016 and is one of the ways they bond together. But because it's something they also have to treat as 'work,' the boundaries between personal life and work life sometimes cross over and get blurred. Here, they open up about what it's like to share one platform for those who are interested in doing the same.

Because they share one platform, they often get compared a lot.

Comparisons are nothing new among siblings, but it's even more prevalent when you share one platform for thousands of people to see. Princess and Nicole, however, share that it's not always so bad to be compared with each other.

"There are definitely some pros and cons especially when you're sharing a channel with your sibling or just anybody," they share. "We get compared a lot. It affected our self esteem and self confidence when we started but now, we realized that some comparisons are quite helpful. It isn't always a bad thing."

They don't always agree on everything.

Just like in any other sibling relationship, disagreements and fights are nothing new. "We don't ALWAYS get along. There are times when we won't be on the same page. Especially during 'filming days' where one of us just doesn't feel like filming.

"There was a time when one of us felt really exhausted coming home from school and we had to film a YouTube video for that week. It was stressful!" they share.

Sibling fights are normal even in a professional setting, but of course, they always find a way to work things out. "We think of it as a matter of understanding one another and knowing when to adjust. We always have to listen to one another. But to be honest, those fights really developed a strong connection between ourselves."

Sharing a YT channel means they go through the ups and downs together.

You know what they say, two is better than one. And that's never been more true for Princess and Nicole. Sharing a YouTube platform meant they have someone who understands the struggle of putting your life out for the public to see, someone to exchange ideas with, and someone to lean on when things get tough. "Having a YouTube channel together is a good thing as well because we can lean on each other when things get overwhelming," they share. "We keep each other in check and one will lift the other up when one is down. We work better as a team so we always brainstorm and share our ideas together."

They make sure to split their income equally.

Because their platform is constantly growing, money and income inevitably enter the picture. For Princess and Nicole, whatever income they get from being monetized on YouTube as well as from collaborations with brands will be split equally between them. "Our parents are the ones who handle our income. However, we make sure that my sister and I share equally," shares Nicole.

Would they recommend sharing a YT channel with a sibling? Yes.

Of course, sharing is not for everyone but if you and your sibling have the right amount of chemistry and professionalism, producing content together might be a fun way to bond. "We get to capture our experiences together as a family," the sisters share. "We simply enjoy what we're doing and we're not afraid to be ourselves when we're creating content. We realized that it's more fun that way! We relate to each other on another level and share the same humor. Just like what they say, IT'S BETTER TOGETHER!"