SHOP: The Preview Beauty Bag Is Officially Here and It's the Ultimate Steal|Read more »
Culture | By Jam Nitura - Feb 2, 2022

From supernatural monsters, to survival dramas, to dark teen fiction. 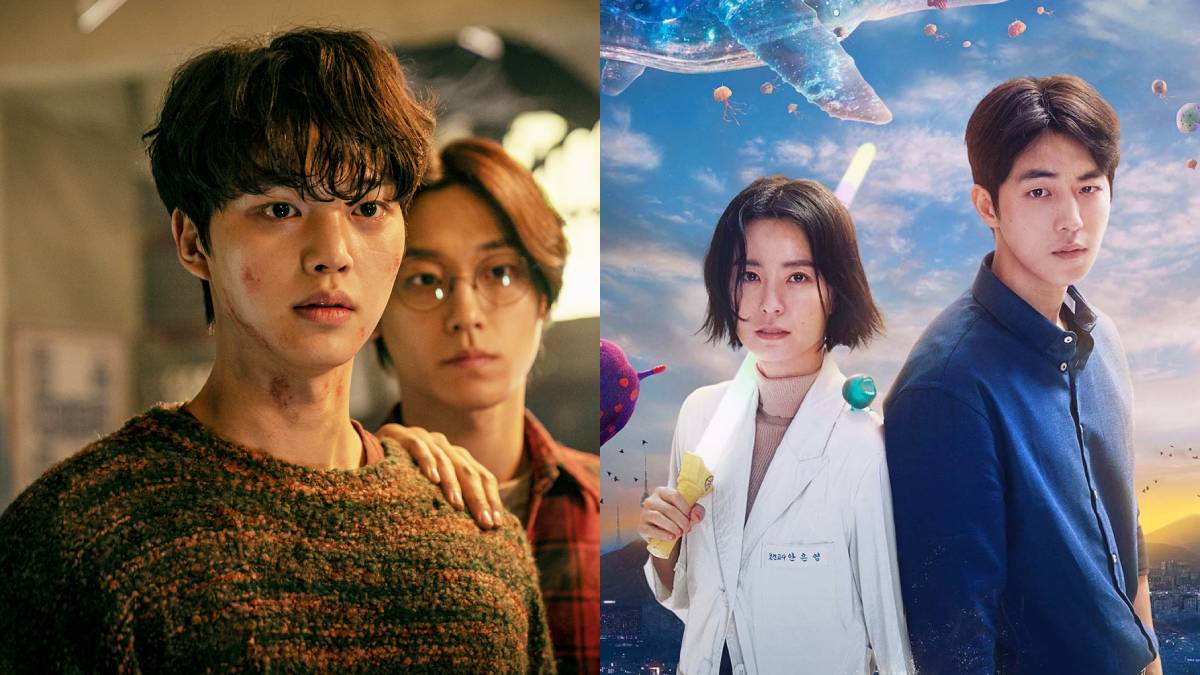 The Korean zombie series All of Us Are Dead skyrocketed to the top of Netflix charts in more than 25 countries upon its release. Judging from the reception elicited by its trailer alone, the show’s success and social media fame had been anticipated from the start. With a handsome and talented cast, a heart-racing premise, and cliffhangers at the end of each episode, we can’t blame you if you’re one of the many who clearly binge-watched the entire show in one sitting. Now, if you’re still stuck on a zombie-induced high after devouring all of the K-drama’s 12 episodes, we’ve got just the list for you.

From supernatural monsters, to survival dramas, to dark teen fiction, here’s a selection of shows you can also watch on Netflix if you just can’t get enough of All of Us Are Dead.

10 Netflix shows to watch if you liked "All of Us Are Dead":

Perhaps the Korean horror series most similar to All of Us Are Dead—aside from the obvious Kingdom, of course—Sweet Home revolves around a reclusive high school student named Cha Hyun-soo, who’s left traumatized after losing his entire family to a tragic accident. Orphaned and alone, he moves into an old apartment complex called the Green Home. His hopes for a quiet stay is quickly upended when he realizes that the building is haunted by a malicious entity that turns its residents into monsters as reflected by their inner desires. Caught up in a real-life nightmare, Hyun-soo must now fight for his and his neighbors' survival.

When a zombie apocalypse leaves Rio de Janeiro in shambles, the cast and crew of a hit reality show end up locked in their studio. Led by their production runner, they must fight off the hoard of monsters who’ve infiltrated their set, while sticking together amidst the crisis.

Extracurricular may not have blood-thirsty zombies on the loose, but it might still pique your interest with its band of troubled teens thrown into the dark crime-drama genre. At the heart of the story is Oh Jisoo, an orphaned high school student left to his own devices. In order to pay for his living expenses, he masquerades as the faceless mastermind to an elaborate “compensated dating” scheme. Though equal parts paranoid and careful, Jisoo’s multi-million won business eventually gets out of hand when his classmates get embroiled in his secret.

10 days before his students’ graduation, homeroom teacher Ibuki Hiiragi takes his class hostage inside their classroom. Despite their protests and outrage, the teens find themselves unable to leave until Hiiragi uncovers the truth behind the death of a past student.

Alternatively titled Nightmare Teacher, the series  unveils the harrowing dreams of a group of students as they start to come true one by one. Suspected to be the work of their new teacher, class president Kang Ye-rim takes it upon herself to stop the peculiar and damaging turn of events before it’s too late.

In this Mad Max-esque teen comedy-action series, a 17-year-old outcast navigates the apocalypse in search of his lost love. Joining him is a misfit group of individuals, including his former bully and a young pyromaniac. Together, they navigate a world that's fallen into chaos, overtaken by zombie-like ghouls and gangs.

Upon being trapped on an island due to a tsunami, the students of an elite school struggle to survive on their own. Unfortunately for the group, their situation only gets worse when it seems malicious forces are against them at every turn.

After coming home early from a canceled field trip, the students of a wealthy town find that the adults of their neighborhood have disappeared. When a forest starts growing around them and effectively bars them out from the outside world, they must learn to survive on their own with the limited resources and knowledge they have.

Set in a high school, this fantasy drama has the thrilling, supernatural aspect you're looking for, without all the horror and gore that might have made your stomach turn in All of Us Are Dead.

Nurse An Eun-yong has a secret. Behind her mundane appearance is the special ability to see jelly-like monsters made from the residue of human desire. In order to eradicate these threatening figures and protect the students at her new school, she teams up with her fellow teacher, the handsome Hong In-pyo.

Six weeks into a deadly zombie apocalypse, a mother bravely sets out on a risky journey to find her daughter. She soon teams up with a group of refugees who help protect her while they also search for their missing loved ones.

Did You Know? The School Featured in "All of Us Are Dead" Was Built from Scratch

Did You Know? The School Featured In "all Of Us Are Dead" Was Built From Scratch