LOOK: Here's How (and Why) Bela Padilla Decided to Uproot Her Life in Manila and Move to London|Read more »
Culture | By Anjella Aguilar - Mar 28, 2022 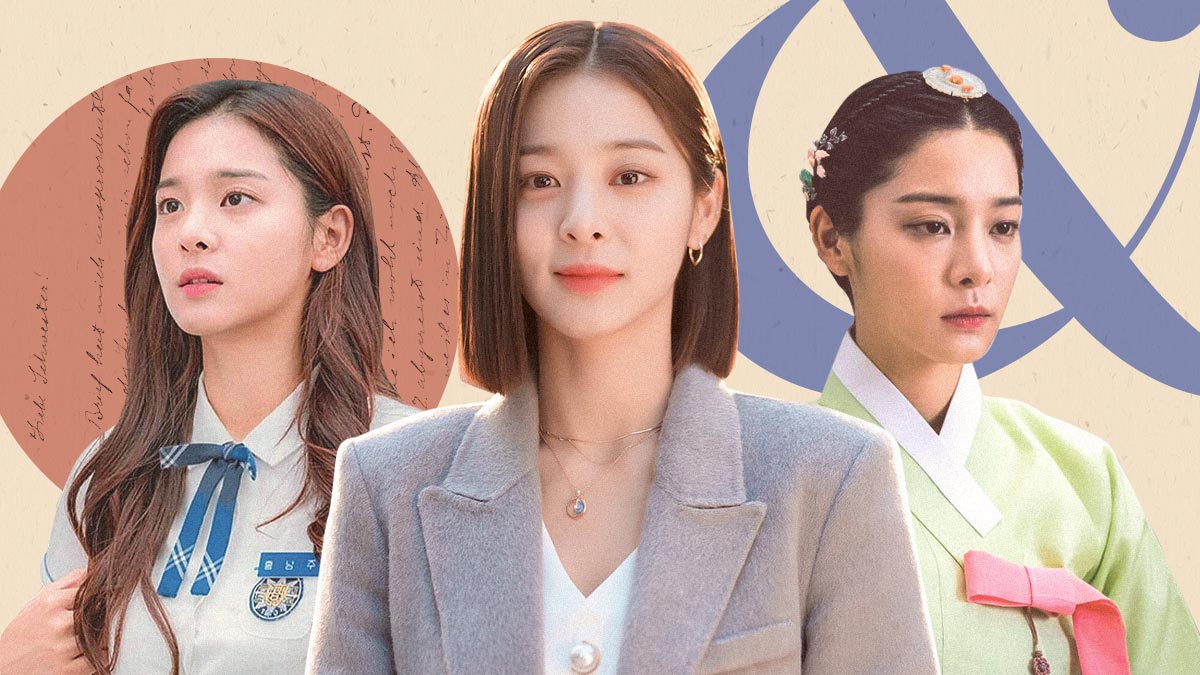 You might think she's a new face but Seol In Ah is no stranger to the K-Drama industry. Also known as Seorina, loyal fans can remember her lead role debut in Sunny Again Tomorrow or her heartfelt performance in Beautiful Love, Wonderful Life. I mean, how could we forget? Her phenomenal work earned her two major awards for both shows. Whether you’re an OG fan or you’re just discovering her now thanks to Business Proposal, we’ve prepared a list of shows you can watch if you want to see more of this talented star.

This romance drama centers on Seol In Ah as Kang Ha-nee, a hard working high school graduate hopping from one job to another. When she gets fired from a home shopping channel, Ha-nee takes matters into her own hands and decides to launch her own fashion company and become the CEO she'd always dreamed of growing into.

Fun fact: This is actually In Ah’s first lead role in a TV show. Her performance made quite the impression that it even bagged her the Best New Actress Award at the KBS Drama Awards in 2018.

Beautiful Love, Wonderful Life follows four people as they each struggle to find love and happiness. From feeling unfulfilled in a job you don’t like to simply not having the time to even think about dating, they’ll soon realize that maybe love comes whenever you least expect it.

In Ah plays the role of Kim Chung-ah, a determined young woman who’s given up all hope for her romantic life. In spite of this, she still manages to maintain a cheerful and positive disposition. The actress received an Excellence Award at the 2019 KBS Drama Awards for her work in the show.

This romantic comedy tells the story of Shin Ha-ri, an ordinary office employee who disguises herself as her best friend on a blind date so that she can scare the guy away for good. Shenanigans ensue when she ends up meeting with her company’s CEO, Kang Tae-mu. Faced with his own dilemma, he hastily proposes to Ha-ri, oblivious to the fact that she’s his employee.

In Ah plays the role of the aforementioned best friend, Jin Young-seo, who is described to be charming, fiercely loyal, and brutally honest.

When a modern man suddenly finds himself in the body of a queen from the Joseon period, his confusion sets off hilariously disastrous events that shake up the palace. A historical comedy with the classic body swap trope, time travel, and a pinch of political drama? It’s definitely a must-watch! In Ah appears in the show as a supporting character named Jo Hwa-jin, a royal concubine.

The modeling and acting industries are tough and extremely competitive worlds to break into. This drama depicts the life of three aspiring individuals full of determination in making a name for themselves. Due to the ruthless nature of the industry, the characters are faced with intense hardships that might even lead them to making life decisions that will change the course of their future. Making a cameo in the series, In Ah portrays the role of Jung Ji-ah, Park Bo Gum’s ex-girlfriend.

This satirical drama follows a rising judo athlete who’s forced to quit the sport after he protests a questionable call during a match. He soon tries his luck as a gym teacher but fails at that too when he lets his temper get the best of him. This doesn’t deter him though, and he studies hard to pass the civil service exam. After successfully becoming a public officer, he is then appointed as a labor inspector at the Ministry of Employment and Labor, wherein he makes it his mission to punish the people responsible for all the injustices and corruption in the field. In Ah plays a supporting role in the drama as a secretary named Gal Mok-soo.

School 2017 is a high school romance series with a mysterious twist. It shows the typical everyday lives of students, from struggling to pass their exams to being pressured to get good grades. In the midst of all this, though, is an elusive and rebellious teen who causes trouble all over campus. For this one, In Ah plays Hong Nam-joo, a student who pretends to be rich to hide her family’s financial problems.

Do Bong-soon is a kind, simple, and seemingly ordinary young woman. But don’t let her innocent demeanor fool you because she is very, very strong. Due to a generational gift passed down to her, she has been given superhuman strength that should only be used for the greater good, or else it will vanish once abused. After witnessing her beat up a group of thugs while defending a bus driver, Ahn Min-hyuk, the CEO of a gaming company, hires her to be his bodyguard. In Ah has a supporting role in the show as Jo Hee-ji, Ji Soo’s girlfriend.

Spend Your Next Summer Getaway In This Floating Hotel In Palawan