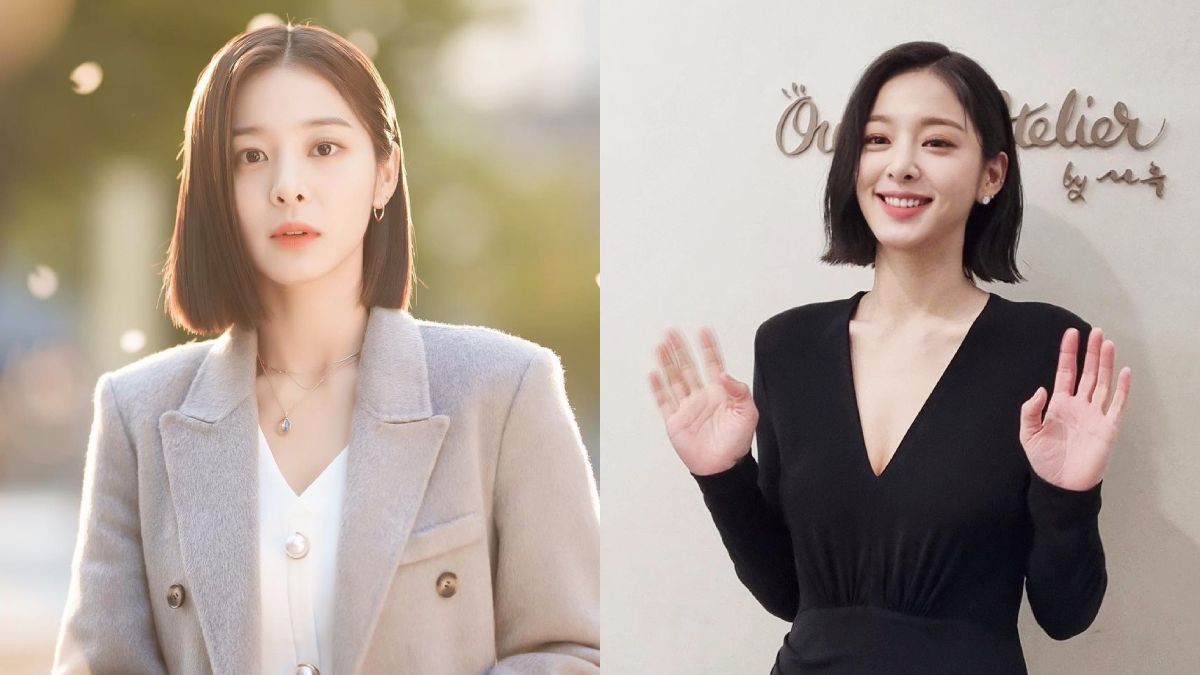 IMAGE A Business Proposal/SBS, INSTAGRAM/_seorina
She can skateboard and play the guitar!

Quirky duos in dramas always turn out to be fan-favorites, and Shin Ha-ri and Jin Young-seo’s friendship in the SBS office series Business Proposal is no exception! Seol In Ah, whose cheerful energy perfectly matches lead star Kim Sejeong’s on screen, is responsible for bringing the bright and energetic Jin Young-Seo to life. Fans look forward to seeing these two peas in a pod in every episode as the chaebol heiress really ups the best friend game to a max with her dizzying personality.

As such, viewers can't help but cheer for Young-seo as much as they do for Ha-ri, and aside from her lovable personality, we have a feeling there’s also the actress behind her character to thank for all the attention she’s getting on the show. Dying to know more about Seol In Ah? We’ve got you covered!

Here are 10 things you need to know about Korean Actress Seol In Ah:

In Ah is known among her friends and fans as Seorina. She also uses this nickname for her Instagram handle!

When you scroll through her Instagram feed, you’ll see this isn’t much of a secret. In Ah is a certified fur mom, and just last December, she posted a series of pictures with her dog, Julie. Take a trip a bit further down her IG and you’ll see the actress with her pup camping or taking beach photos on film.

As if she wasn’t cool enough, this pretty face also knows her way around riding a skateboard. Need proof? You have to see her in action in the Instagram clip below.

5. She loves to play the guitar.

Aside from being an amazing actress, In Ah also knows a thing or two about playing instruments. In the video below, she serenades her Instagram followers with a guitar cover of Lee Sora’s Don't Say It's Not Love. She also mentioned that while practicing the song, she found the F#7b13 chord challenging to do.

Thanks to her Instagram, fans can pretty much get a glimpse of In Ah’s many talents and interests. Aside from acting, art (she’s tried her hand at pottery before), skateboarding, and music, can you believe she’s also a sports enthusiast? She shared a video of herself throwing a baseball in 2019, while practicing her ceremonial pitch for a Korean game. This wasn’t In Ah’s first rodeo, though, as she also got to throw the opening pitch for a match at the Jamsil Stadium in Seoul last 2018.

7. She was an acting major in college.

Having pursued an acting degree, In Ah honed her craft at the prestigious Seoul Institute of the Arts. No wonder her comedic yet charming portrayal of Young-seo has us all hooked!

8. She starred in her first main role in “Sunny Again Tomorrow”.

Three years after her acting debut, In Ah finally landed her first lead role in the family melodrama Sunny Again Tomorrow as Kang Ha-nee. She knocked everyone’s socks off with her performance, which earned her the Best New Actress award at the 2018 KBS Drama Awards. Apart from this show and Business Proposal, you can also find her in Mr. Queen; Beautiful Love, Wonderful Life; Strong Girl Bong-soon; and Special Labor Inspector.

9. "Business Proposal" is her second K-drama with Kim Sejeong.

Before they became BFFs, In Ah and Kim Sejeong first acted as schoolmates in the coming-of-age drama School 2017. Here, In Ah played Hong Nam-joo, a young teen who pretends to be rich to hide the fact that her family is struggling financially.

“I realized how much we’d grown into adults. We didn’t actually tell each other, ‘You grew up well in three years,’ but we both felt it,” said Sejeong during a press conference for Business Proposal. The two are so close now that In Ah mentioned the show’s staff had hilariously called them “pterodactyls” every time they stepped on set together.

If you’ve somehow managed to reach the end of this article without following In Ah on Instagram, this is your sign to do so. Aside from showing off her adorable pup and posting travel pictures, don’t miss her random covers and gorgeous camping snaps, too, at her page _seorina.