Did you know that she almost gave up on being a beauty queen? 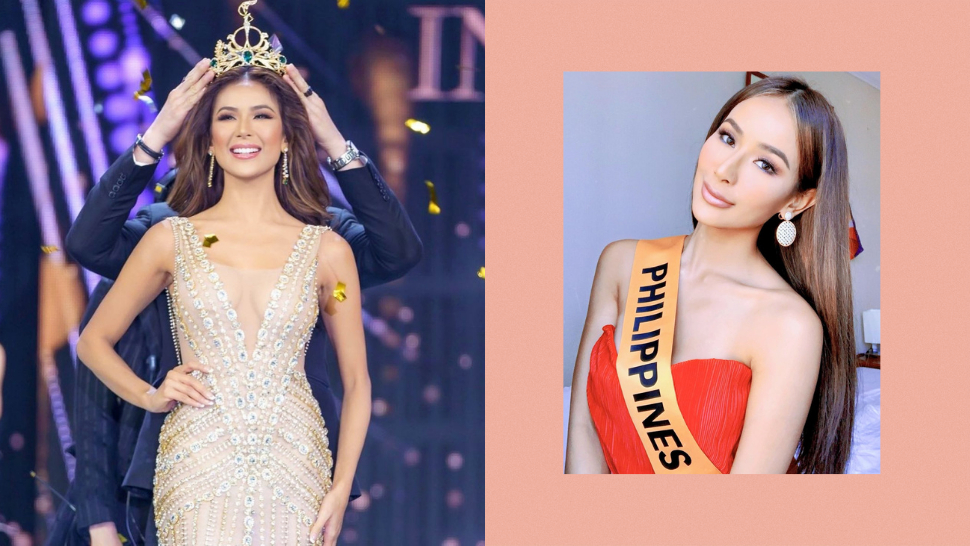 IMAGE INSTAGRAM/samanthabernardo__
Did you know that she almost gave up on being a beauty queen?
Shares
Share
Tweet
Comments

ICYMI, Philippine bet Samantha Bernardo was crowned the first runner-up in the recently concluded Miss Grand International 2020 last Sunday, March 28. While she may have not won the grand prize (Miss Grand USA Abena Akuaba took home the elusive title), the Filipina beauty queen still definitely earned the love and adoration of pageant-loving Pinoys thanks to her stellar performance in the competition.

If you’re just as eager to know more about Samantha, below, we list down 10 fun facts about the beauty queen.

A full-fledged Scorpio, Samantha was born on November 10, 1992 in San Juan City.

Having moved from San Juan to Puerto Princesa, Palawan at the age of eight, Samantha is a proud island girl. In an interview with Bb. Pilipinas, she mentioned often going to the beach every Sunday with her family when she was growing up. “I grew up in a simple home. We don’t have big malls or fancy places to go to but I have the best relationship with nature,” she shared.

Samantha’s first dream was actually to become a ballerina but since she couldn’t find proper ballet classes in Palawan, she opted to take up gymnastics instead. It didn’t take long before she flourished in the sport. During her first-ever MIMAROPA RAA meet, Samantha bagged a total of five gold medals and was crowned the competition’s overall champion! Samantha pursued gymnastics well into her young adult years and continued on to represent Palawan in national meets.

4. She almost gave up on pageantry.

After graduating college, Samantha was quickly recruited into the pageant world. She eventually won the title of Mutya ng Palawan Tourism and was thereafter scouted in Manila for Miss World Philippines in 2013. Unfortunately, the pageant gods weren’t on Samantha’s side at the time and she soon gave it up for a different career path altogether. “Feeling ko hindi para sa’kin yung pageant. May times na feeling ko hindi ko gusto yung lifestyle na ganito. Parang hindi pa ‘ko ready and siguro hindi rin ako matured enough to do it,” she explained in a YouTube video.

5. She once appeared in a Filipino teleserye.

After momentarily taking a break from pageantry, Samantha also ventured into modeling. According to the beauty queen, her first gig involved acting as an extra in an unnamed teleserye. She played a receptionist in one scene and even had her own speaking line. Sadly, Samantha didn’t even get to catch it on air! “Hindi ko napanood kasi nututulog ako,” she recalled. “Puyat ako from taping tapos hindi ko man lang napanood.”

6. She was handpicked to compete in Miss Grand International.

When Samantha finally gained the confidence to re-enter the pageant world, her lucky stars led her to winning the second runner-up spot for Binibining Pilipinas twice, in 2018 and 2019. Considering this, Binibining Pilipinas Charities Inc. announced that they were appointing her to represent the Philippines for Miss Grand International when the original titleholder, Aya Abesamis, was deemed ineligible to enter the contest due to age restrictions.

7. She’s an advocate against Malaria in the Philippines.

Samantha has always advocated for Malaria awareness and control throughout her pageant run. As a Malaria Free Philippines spokesperson, she even spearheaded Salinlahi, a “Malaria Benefit Concert” in 2019, which gave aid to over 200 families of the Batak and and Palaw’an Tribes.

8. Her role models are Oprah and Angelina Jolie.

9. She enjoys a variety of hobbies.

As an athlete, it’s no surprise that Samantha leads an active lifestyle. In addition to her role models, Samantha’s profile also states that she dabbles in pole-dancing and yoga, apart from being an avid reader.

Can't get enough of this free-spirited beauty queen? Luckily, Samantha has a YouTube channel where she talks about anything and everything from her skincare routine, to her bedroom makeover, to her fight against Malaria.

Check out her full Getting to Know Me More vlog below.

Kelsey Merritt Talks About Her Humble Beginnings As A Filipina Model

Did You Know? "the Penthouse" Star Eugene Once Guested On Filipino Noontime Show "wowowee"