LOOK: Here's How (and Why) Bela Padilla Decided to Uproot Her Life in Manila and Move to London|Read more »
Culture | By Anjella Aguilar - Apr 7, 2022

From a charming Joseon-era tutor to an unpopular idol group member. 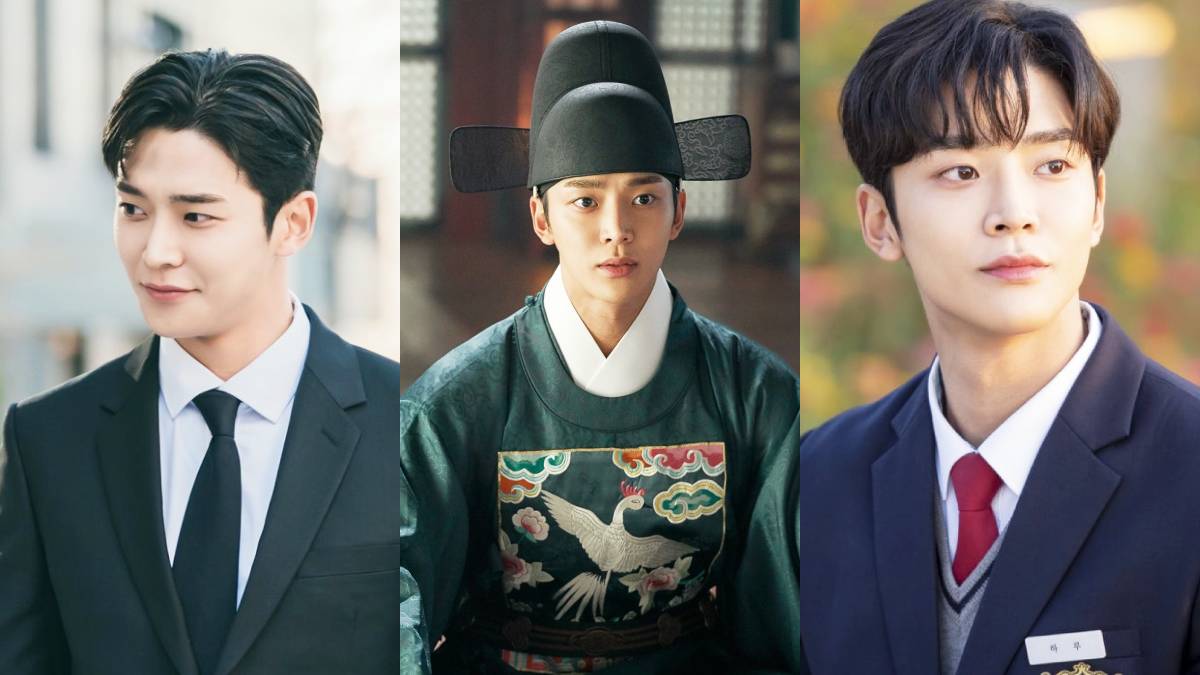 Kim Seok Woo, more commonly known as Rowoon,  is undeniably one of the rising leading men to watch in today’s K-drama scene. Having started as a member of the boy group SF9, he first dipped his toes in the world of acting in 2017 and has since proven that he’s more than just your typical idol-actor. We mean, just check out his award-winning performance in The King’s Affection! As he continues to land more projects, like his latest TV show Tomorrow, it's only a matter of time before viewers fall in love with him even more. If you’re one of this actor’s budding fans, we’ve got just the list for you.

Here are 8 K-Dramas You Should Watch if You Love Rowoon:

Tomorrow is a fantasy drama adapted from a popular webtoon of the same name. Rowoon plays the role of Choi Joong-woon, a young man born from a wealthy family who’s struggling to find a job. His life soon takes a turn for the supernatural after he encounters a pair of grim reapers in the middle of an accident. Exposed to their world, Joong-woon eventually joins their team as a new recruit determined to save individuals with suicidal tendencies.

Eun Dan-oh is a 17-year-old high school student living with a congenital heart condition. Wondering why she’s losing her memories, she then discovers that she is in fact a character in a Korean webtoon. The catch? She’s only an extra! Dan-oh takes matters into her own hands and decides to chart her own course as she plots to be the main character of her own story. Rowoon plays the unnamed character Student Number 13 whose life and status in the webtoon gradually changes after meeting Dan-oh.

Rowoon bagged the Best New Actor Award at the 2019 Grimae Awards and the 2019 MBC Drama Awards for his role in Extraordinary You.

Click Your Heart is an interactive web series wherein the viewers can choose the ending of every episode. It follows Kwon Mi-na, a clumsy high school girl who somehow catches the attention of four attractive boys: There’s Mi-na’s longtime friend and their school’s top student, a delinquent who secretly has a heart of gold, a charming star athlete, and a passionate dancer. Named after himself, Rowoon plays a star baseball pitcher and one of Mi-na’s love interests in the show.

She Would Never Know is an office romance drama that tells the story of Yoon Song-ah, a headstrong employee of a cosmetics brand with the dream of opening her very own business someday. Rowoon appears in the drama as Chae Hyun-seung, a fellow marketer training under Song-ah’s guidance. With the two working closely together, their palpable chemistry and attraction to each other eventually blossoms into a complicated romantic relationship.

When the princess consort gives birth to twins, a boy and a girl, during a time when having twins is seen as a bad omen, she sends her daughter away to ensure her safety. The girl then returns to the palace and works as a maid years later, just as her twin brother dies from a tragic accident. With the crown prince gone, her mother convinces her to assume the throne under the disguise of her late brother. Rowoon plays the role of Jung Ji-woon, the daughter’s first love and her royal tutor.

Rowoon once again landed the Best New Actor award at the 2021 KBS Drama Awards for his role in The King’s Affection, as well as The Best Couple Award alongside his leading lady, Park Eun Bin.

This romance drama portrays two completely opposite individuals working at the Incheon airport. One wants an ordinary life and another wants to live a life that is anything but mundane. Rowoon has a supporting role in the show as Ko Eun-sub, another employee at the airport who is also attracted to the story’s leading lady, the clumsy yet upbeat Han Yeo-rum.

Choi Michaela is an aspiring musical actress with the ability to see how much time everyone has left on earth, including her own. When she discovers that her life span freezes everytime she’s with Lee Do-ha, the chief director of a cultural foundation, she finds herself doing everything she can just to be near him and to extend her life. Rowoon plays the role of Choi Wi-jin, Michaela’s younger brother.

School 2017 depicts the everyday struggles of high school students, from peer pressure, academics, to teen romance. In the middle of it all is a mischievous and mysterious student who starts to cause chaos around campus. Rowoon plays a supporting character named Issue, an unpopular idol group member.

10 of Kim Sejeong's Best Hairstyles, As Seen on K-Dramas and Instagram

The 10 Most Expensive Airbnbs In The Philippines