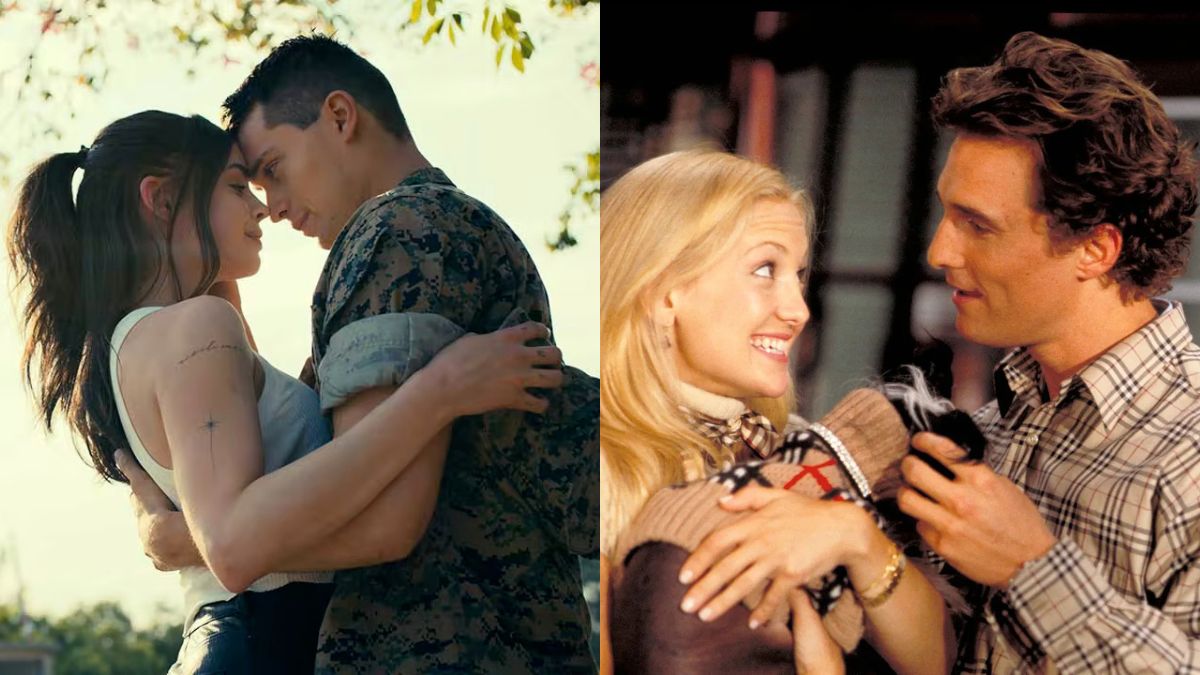 IMAGE (LEFT TO RIGHT) Purple Hearts/Netflix, How to Lose a Guy in 10 Days/Paramount Pictures
Looking for some tension you can cut in half?

The sweetest love stories don’t always start with love-at-first-sight scenarios and sugary clichés. Sometimes, the tiniest sparks are set off by animosity–in the realm of romcoms, at least.

If movies taught us anything, it’s that friends can turn into enemies, enemies can turn into friends, and if the chemistry is high, even potential lovers. To test the science, here’s a list of romantic comedies on Netflix–from classics to new favorites–that’ll make anyone say “just kiss already!”

Cassie is a sharp-witted singer-songwriter making ends meet, Luke is a tormented Marine. On paper, they’re polar opposites, but both agree to enter a marriage of convenience for military benefits. Somewhere along the way, real and fabricated feelings blur–but a cloud of tragedy hangs in the air, threatening to darken their budding love.

Harper and Charlie, a pair of overworked and burned-out assistants in the hub of New York City’s business district, have hatched a plan to relieve their burden: Become matchmakers to their equally domineering bosses. Will it be a success, or will they find an unlikely romance themselves?

Kate Hudson and Matthew McConaughey prove their statures as romcom royalty in the must-see early aughts film, where advertising exec Benjamin Barry strikes a deal with competitors to have a woman fall head over heels in love with him in 10 days. On the other side of the spectrum, Andie Anderson is proving the opposite thanks to an article assignment. Enter: clashes, comedy, and undeniable chemistry.

A school rivalry sets the scene with Bennett and Lona, two debate team members vying for presidency. While their academic relationship is teeming with hostility, a forced partnership for the state tournament prompts them to discover that not everything’s perfect on the other’s side.

Fairytales aren’t all that in the classic 2004 romcom. During university, pre-med student Paige bumps into the seemingly negligent newcomer Eddie. Their relationship begins with a rocky start until it develops into something more, all before she finds out that he’s the crown prince of Denmark.

When a chauvinist and a romantic cross paths, arguments ensue as they prove their theories on love and relationships. But of course, testing a hypothesis can lead to a successful result, and more often than not, not in the way that they expect–this is a romcom, after all.