These up-and-coming leading ladies are only getting started. 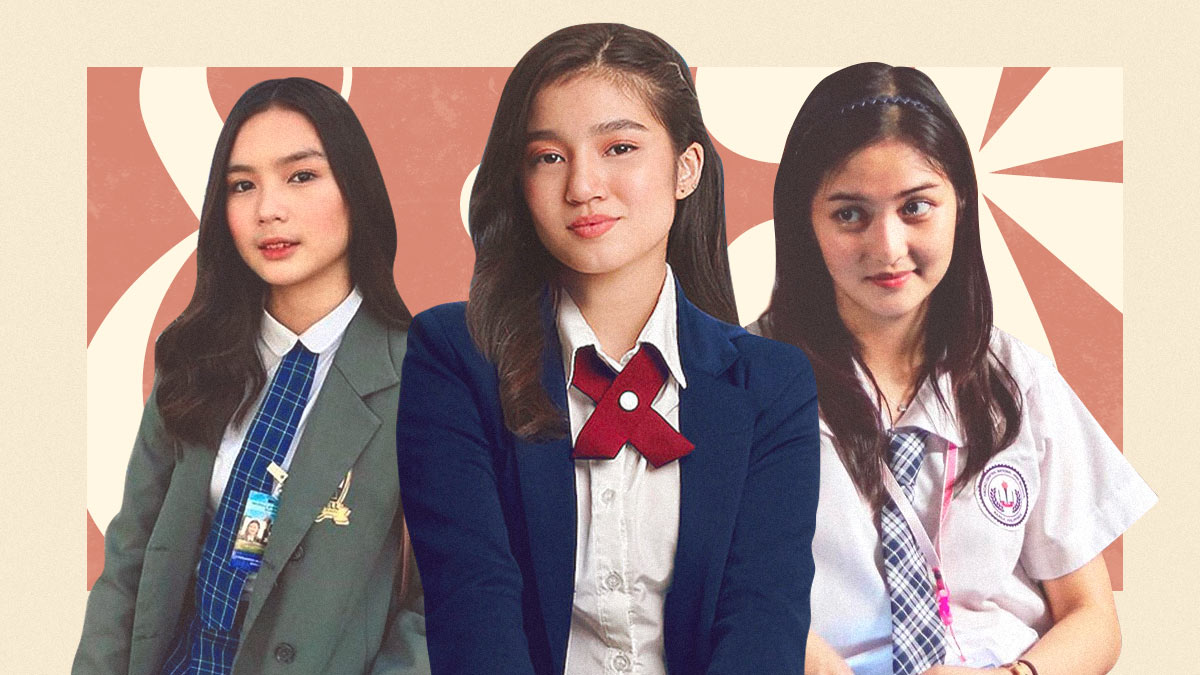 Local show business has witnessed a number of fresh faces evolve into iconic household names. From the Sharon Cuneta's and Vilma Santos', to the Nadine Lustre's and Kathryn Bernardo's, each generation offers a fresh crop of actresses that dominate their respective eras.

Gen Z is no different. As of late, a handful of ingenues have bursted into the scene, and it's difficult not to take notice. Whether their work is online or on the big screen, we can be certain that we'll be catching more of these ladies soon.

Starting out as a cast member in comedy-skit show Goin' Bulilit, Belle Mariano first step foot in the industry at the tender age of nine. Her angel-like demeanor bagged her a couple of gigs as the younger version of female leads in teleseryes.

Eventually, she earned her own place in the spotlight after signing onto the Star Magic Circle in 2019. This led her to being one half of DonBelle, her much-adored love team with Donny Pangilinan on hit show, He's Into Her. Belle is set to reprise her role as Maxpein in the iWantTFC series, and is slowly dipping her toes into a music career.

Growing up in less than ideal circumstances, Francine Diaz's career is a tale of perseverance and grit. Her humble beginnings saw the family breadwinner going from audition to audition, trying to book as many projects as she can.

After fulfilling minor roles on some ABS-CBN dramas, she got her biggest break in 2018, when she was tapped to be Cassie Mondragon in Kadenang Ginto. The 18-year-old's career only blossomed from there, with her newest web series, Bola Bola, currently streaming on iWantTFC.

We used to only see Gillian Vicencio on commercials, but her recent breakthroughs indicate that she's well on her way to bigger stages. Her film debut occured four years ago when she played Eri in suspense-thriller Eerie, rubbing elbows with veteran thespians Bea Alonzo and Charo Santos-Concio.

Her lucky streak was only just starting; in 2020, she booked main roles in family dramedy Four Sisters Before the Wedding, and pandemic-era Boys' Love series, Hello Stranger.

Having played one of Gillian's on-screen sisters, Charlie Dizon has also had quite the prosperous past couple of years. Before appearing in the Four Sisters prequel, the Batangueña made her debut in the Liza Soberano and Enrique Gil-fronted series, Bagani.

Fast forward to 2020, and Charlie won the prestigious Best Actress Award at the Metro Manila Film Festival for her harrowing performance in Fan Girl. Following this up was her lead role in Viral Scandal, where Jameson Blake and Joshua Garcia serve as her love interests.

Vivoree Esclito made sure she wasn't going to fade into obscurity after her Pinoy Big Brother stint. Since appearing on the reality show, the Bohol-native fought for opportunities to make it in the industry, both as a TV star and recording artist.

Her acting resume now includes supporting characters in He's Into Her, Hello, Stranger, and Huwag Kang Mangamba, all Kapamilya TV shows that catapulted her into the scene.

At this point, Andrea Brillantes is no stranger to us. At only 19 years old, she can already boast of over 30 TV show and movie credits, having topbilled several of those titles since 2010 (Annaliza and Kadenang Ginto only being two of them).

Andrea is certainly a child star no more, and we can only expect her to continue maturing in her craft. Her latest offering to viewers? Her iQIYI TV series Lyric and Beat, which she'll be fronting alongside leading man, Seth Fedelin.

Simply denoting Angelina Cruz as "one of Sunshine Cruz's daughters" would be dismissing just how much the 20-year-old has achieved so far. Her musical career is booming, with new songs such as Ayoko Lang and Roses & Sunflowers constantly finding their way to our playlists.

She also just made her big screen debut in Love is Color Blind opposite Belle Mariano, Donny Pangilinan, Jeremiah Lisbo, and Esnyr Ranollo. Angelina gracefully accomplished all of this while being an exemplar student at the De La Salle University, where she's presently taking up Marketing Management.

At only seven years old, Kyline Alcantara already tried her luck at show business when she attended a Goin' Bulilit open call. Sadly, she and her mom arrived at the venue too late. All hope was not lost though, since Kyline was still able to get her foot in the door via small roles in both ABS-CBN and GMA.

Today, she's known for her memorable portrayals in Annaliza, Kambal, Karibal, and most recently, I Left My Heart in Sorsogon. She's also quite skilled on the mic, being a regular host on variety show, All Out Sundays, and a talented, up-and-coming singer.

Macao Imperial Tea's Halo-halo Drink Is Back, And It's So Pretty

Sofia Andres Had The Best Response To Netizens Criticizing Her Underarms