Here's what we think about Teresa Herrera's gripping one-woman show. 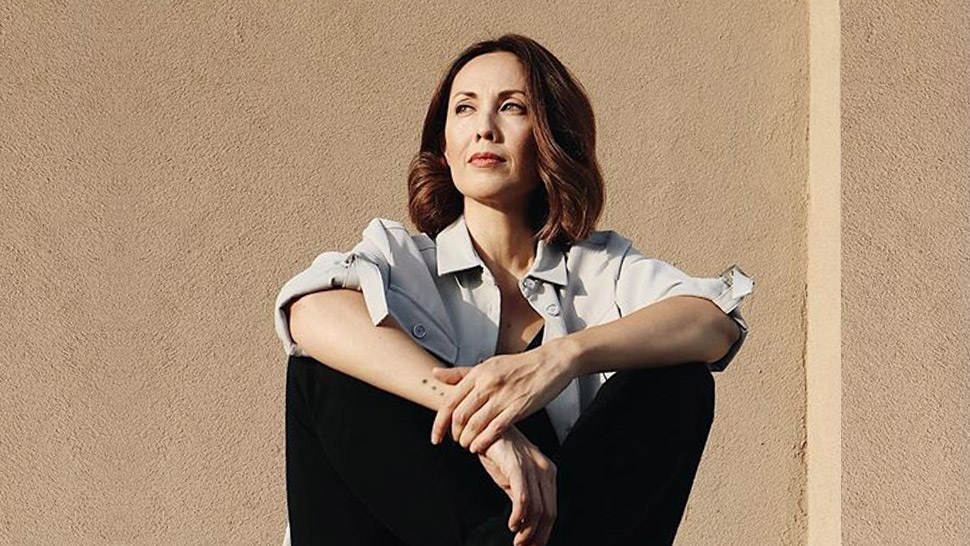 Teresa Herrera stars in Every Brilliant Thing, an interactive one-woman show produced by The Sandbox Collective, which tackles the timely topic of mental health. Here, she starts off as a naïve wide-eyed, idyllic seven-year-old who’s dedicated on cheering her mother up from depression by listing down a thousand brilliant things. But of course, not everything is smooth sailing in life, and she soon grows quiet and jaded as her own life starts to tear at the seams. An adaptation of Duncan McMillan’s original text, the play boldly talks of mental health in a comedic gesture. Now, I know what you’re probably thinking. Can they pull this off sincerely and responsibly?

Find out what we thought below, along with an exclusive interview with its veteran director Jenny Jamora.

Every Brilliant Thing is unlike most plays you’re probably accustomed to. Instead of the clear wall between the actor and the audience, the viewers are made to be part of the story as Teresa occasionally asks a member of the audience to play a role opposite her. But at the same time, you’re very much aware that you’re simply part of a group watching the show. “The performer doesn't have a fourth wall. She's always talking to the audience. So you also always know that you're an audience member. We also keep the lights up in the theater so you can see everybody. There's that Brechtian distancing effect,” Jenny tells Preview. “The distancing effect is quite effective for social and political statements. So with that distancing, because you don't empathize, you’re not putting yourself in her place. You have that distance to be able to intellectually process. Sometimes it's a more effective way to get the statement across.”

It’s also notable to mention that before the play starts, sheets of paper are passed around. Written on each paper is your specific ‘brilliant thing’ that you have to shout out when prompted by Teresa. In short, everyone in the theater has a role to play. With the lights up for the entirety of the run, we’re all aware of each other, and we are all responsible for how the show eventually turns out, just as how the conversation on mental health should go.

It’s told in the form of a comedy.

Upon hearing that the play would talk about mental illness in a comedic a form, I admit I had my immediate apprehensions. I couldn’t see how a topic that carried so much weight and pain with it could be presented in such a light tone. However, Teresa’s five-minute sneak peek at the press launch held so much promise that I just had to give the show a chance. I had my fingers crossed going into the actual show, hoping that they could pull it off without offending or causing anyone ill. My verdict? There was absolutely nothing to worry about.

The text itself, thankfully, overturned my doubts. “Duncan McMillan felt that bleak treatment of the subject of suicide and depression were not accurate, and that sentimental treatment as well was not helpful. That's why he chose the gesture and form of comedy, a lot of laughter, to talk about quite a dreary subject matter,” Jenny explains. An intention that Jenny, Teresa, and The Sandbox Collective was able to successfully portray.

As it turns out, Every Brilliant Thing is not your run off the mill slapstick comedy where lines are spewed haphazardly and jokes are made for the sole purpose of garnering laughs. Instead, you’re doused with a cold dose of reality laced in the form of seemingly hilarious lines or genuine moments. The ups and downs of the narrative is a reminder that life contains equal parts of laughter and dread. Sometimes we experience one more than the other, and that’s absolutely okay.

It leaves you to reflect and think for yourself.

Socio-political narratives often run the risk of being didactic, hitting you with an on-the-nose message that only ends up turning into the off-putting kind of preachy. In terms of making an actual impact on the audience past what they feel in the theater, advocacy plays waving around their mission statement every chance they get and the story usually fails to communicate their point. Every Brilliant Thing, however, steers away from this. Instead, it gives us a character to root for and empathize with, just enough to understand what she’s going through. We’re never told outright what to do or how to act around someone who’s mentally ill, we’re shown it instead, left with our own free will after, to figure out what exactly the play was trying to impart.

The play relies on its interactive device. If you suffer from anxiety and fear of being put in the spotlight, then it’s best for you to skip this one. “It's fine. If you feel like it's not something you can take, don't go. We're not forcing anybody to do anything they don't want to,” Jenny reassures us. “But then if you're in the theater and you happen to get pulled up or you happen to be given a brilliant thing, don't worry. Teresa and Kakki (Teresa's alternate) will take care of you. The people around you will take care of you.”

As for why you should watch it (and we think you definitely should), Jenny has perfectly put into words our very sentiments:

“First of all, it's a new experience. It's not something we typically have. It's a play but it's also a shared, interactive experience. It's really fun. There's magic that happens when the audience and Teresa work together. It's different every night. You can be assured there's magic that happens in the theater every night. Plus, this is very timely. We need to talk about this issue now. We are losing so many people to suicide, and it can affect anyone, not just the youth. It has to stop. We have to talk about how we can deal with this. Openly, lovingly, and with no judgment.”

Catch Every Brilliant Thing at the Maybank Theatre in Bonifacio Global City, running until February 24.

Eat Your Way Through Baguio With This 2-day Itinerary