Looking for some drama? 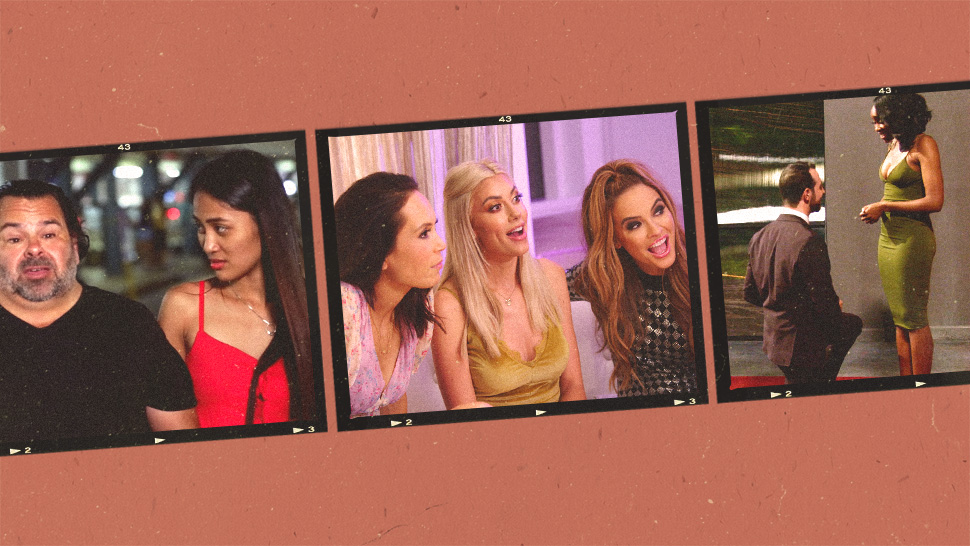 Sometimes, the last thing you want to do after a long workday is to binge-watch a show that makes you think so hard. Check out these reality shows that are just full of wildly entertaining drama:

Is love really blind? In this dating show, single men and women go on several dates inside a "pod" without seeing one another—they can only talk through the walls!

This reality show revolves around a group of female real estate agents who works for The Oppenheim Group, a brokerage that sells multimillion-dollar houses in Los Angeles.

P.S. If you're already a fan of this show, here's some good news: You can request for birthday greetings, words of inspiration, or helpful tips from some of its lead stars, Christine Quinn, Mary Fitzgerald, Romain Bonnet, Amanza Smith, Maya Vander, Heather Rae Young, and Davina Potratz via celebrity shoutout platform, Ace. Log in to www.ace.video for more details!

3. Keeping Up With The Kardashians (KUWTK)

Where to watch it: Hayu

From fights to heartaches, there's plenty of drama in the Kardashian-Jenner household. In fact, the famous reality show has been running for more than a decade!

Where to watch it: TLC

TLC's 90 Day Fiance revolves around U.S. citizens who have fallen in love with foreigners in real life. To take their relationship to the next level, they'll try to live together in the U.S. The catch? Under the terms of the K-1 visa program, the visiting partner of the American can only stay for 90 days. If the couple won't get married within that time frame, the non-resident will have to head back home!

"They'll have to overcome language barriers, culture shock, and skeptical friends and family—all with a clock that starts ticking the moment they step foot on U.S. soil," writes TLC.

Where to watch it: Netflix, Hayu

This long-running Real Housewives franchise (it premiered back in 2008!) follows the lives of five socialites in New York City as they try to juggle their personal and professional lives.