JUST IN: Jinkee Pacquiao Is One Glamorous Ninang at a Wedding Wearing Accessories Worth at Least P10 Million|Read more »
Culture | By Jam Nitura - Jan 19, 2022 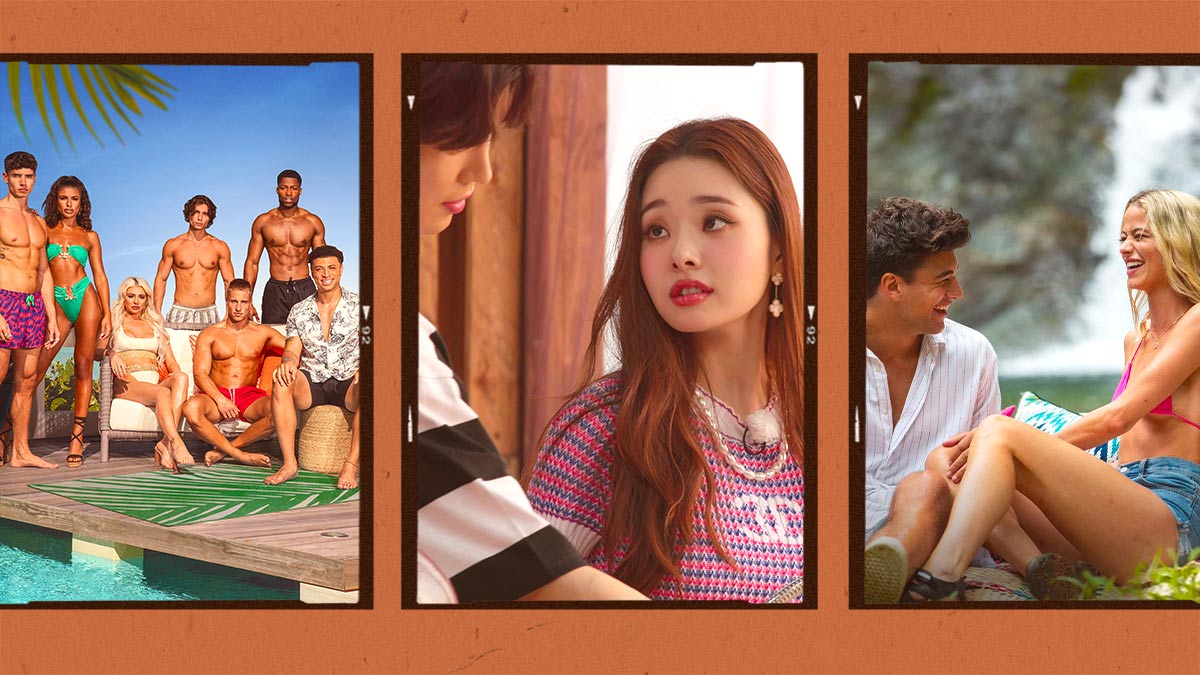 Netflix’s Single’s Inferno is the internet’s newest obsession. We mean, with a familiar yet intriguing setup and a gorgeous Korean cast to boot, we’re not at all surprised by the hype surrounding the title. Now, if you’re one of the many Netflix subscribers who’ve gotten hooked on all the show’s juicy drama and you’ve already devoured its eight episodes as a result, then you’re in the right place. While a possible season two is yet to be confirmed, the streaming platform has a lot more options in its library to sustain your interest.

1. Too Hot to Handle

The ultimate guilty pleasure, Too Hot to Handle leaves a group of commitment-averse yet sexually active strangers together in one house to meet and mingle. The catch? To win $100,000 they’re forbidden to kiss, have sex, or gratify themselves throughout their stay. Should they break any of the rules, a significant amount will be deducted from their final prize money. Now how’s that for a twist?

One of the the OG reality dating shows, Love Island has spawned at least 15 different versions around the world, two of which can be streamed on Netflix. With a straightforward premise, the franchise puts together single men and women in a luxury villa where the possibility of romance is orchestrated at every corner.

Perhaps one of the most unhinged reality dating shows on this list, Love Is Blind trails a group of singles who are given a few days to date each other, sight unseen. Should they decide they’re irrevocably in love with the person on the other side of the wall, they get engaged right away without ever seeing the person they’re agreeing to spend the rest of their lives with. The whole series takes off from there, and while a select few couples actually make it to the altar, let’s just say most of them aren’t as lucky with their blind pick.

The Future Diary is described by The Guardian as an “absurd” show you’ll love if you just give in to the obvious theatrics of it all.  This Japanese reality series follows two strangers who are each given diaries containing their soon-to-be love story. Information in the notebook, written down by the show’s producers, can either range from rules they’re required to follow, a secret message the other person doesn’t know of yet, or romantic scenarios that can advance their relationship.

Are You the One provides an all new twist to your typical dating show. Here, the contestants are pre-matched into pairs using a special algorithm before the show begins. The challenge is for all the participants to find their perfect partners while living together. Should they succeed, the whole group gets to share a prize money of $1 million. The show’s eighth season was showered with praise after it became the first dating show to include LGBTQIA+ contestants and same sex couples in its cast.

While Terrace House isn’t explicitly labeled as a dating show, it does involve six strangers living together under one roof a la Pinoy Big Brother—except here, the contestants are allowed to step outside the house provided for them. With the usual mix being three men and three women, it’s not at all impossible for romance to bloom within the series. The best part? If you’re that much of a serial binger, Netflix has four versions of Terrace House available on their platform.