Rabiya recently went on Instagram live with Miss Universe 2019 Zozibini Tunzi and talked about her motivations and pageant preparations. 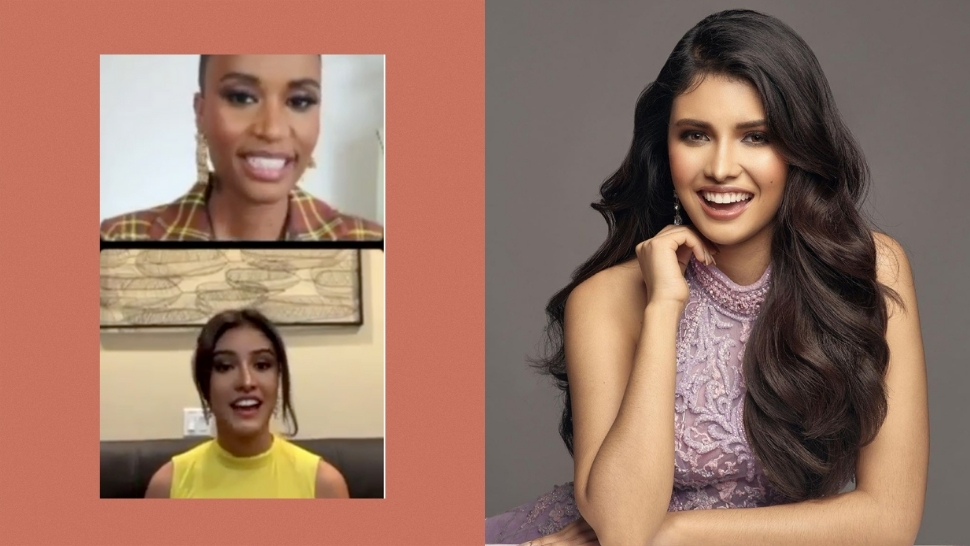 With just over two weeks to go before the Miss Universe 2020 pageant, Rabiya Mateo is eagerly gearing up in Los Angeles, California.

In a live session with the reigning Miss Universe Zozibini Tunzi, Rabiya spilled that she's been working out at 7 A.M. every day, doing her own hair and makeup, and completing virtual Q&A training. Pageant preparations are certainly no joke! 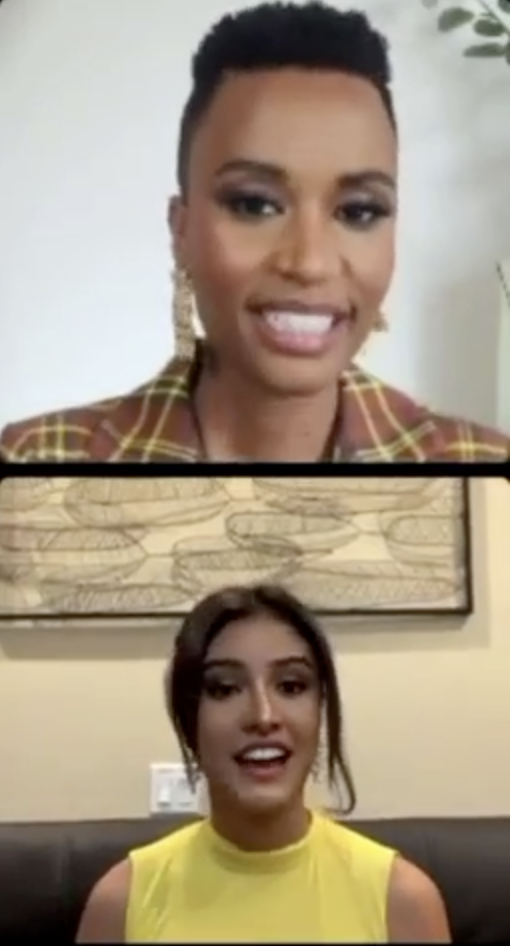 Well, it looks like her grind won't go to waste! According to recent reports, Rabiya currently holds the highest number of online votes in the Philippines as of Tuesday, April 27. The contestant with the most votes will automatically be included in the Top 21 roster, so if you haven't voted yet, go!

Rabiya also expressed her gratitude to the Filipino fans who've supported her on this journey! She says that she is highly determined to win the crown to serve as a gift to her country. "I can really feel the love and support that they have, even if I'm here in the U.S. It gives me the motivation. I'm really inspired to do really well, because this is my gift to them. This is like a hope to my [countrymen] if ever I'm gonna win," Rabiya said.

Remember the 2015 rift that erupted between pageant fans from the Philippines and Columbia, following that moment before Pia Wurtzbach's official win? That fiasco probably dispelled all doubts of how competitive pageant culture can actually be.

This time, though, Rabiya made sure to highlight that pageants are actually about celebrating diversity, not just competition.

"We are there not just to compete, not just to bring home the crown," she told Zozibini. "But we are there to celebrate who we are as women. And that's the powerful message that we send to the world."

Lastly, she also expressed how excited she was to reveal her gown, and her special pageant walk called Halabira, which is reportedly inspired by festivities from her hometown of Iloilo!

To vote for Rabiya, log on to Lazada and find the Miss Universe tab, where you'll be allowed to cast your vote. If you're a die-hard Miss Universe fan, you can also buy voting packages to boost Rabiya's score. Voting ends on May 15, so mark your calendars!

Psa: Cha Eun Woo And Lee Jong Suk Are Starring In A New Movie Together