During her homecoming press conference, the beauty queen talked about what's next for her. 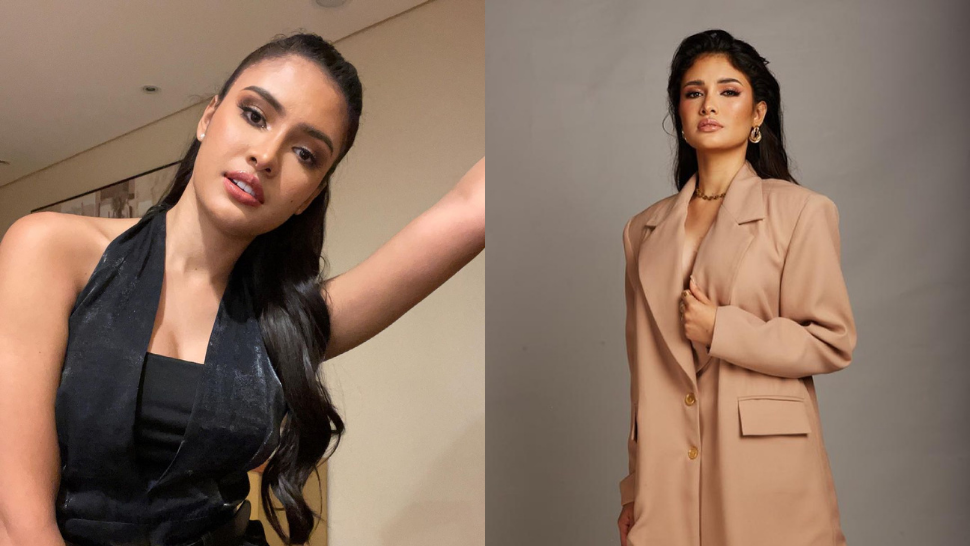 IMAGE INSTAGRAM/rabiyamateo
During her homecoming press conference, the beauty queen talked about what's next for her.
Shares
Share
Tweet
Comments

It's official: Miss Universe Philippines 2020 Rabiya Mateo is back home!

Earlier today, July 14, Rabiya met with members of the press for a much-awaited conference following her celebrated stint at the Miss Universe pageant in Hollywood, Florida. She was absolutely stunning in a gold dress with a high slit and silver open-toed heels!

Preview had a chance to ask Rabiya to take us back to what it was like to be up on the Miss Universe stage. The 23-year-old beauty queen talked about the exact moment when it was announced that she had not made it to the Top 10 of the Miss Universe pageant.

"I would like to take you guys to the time in which I was hoping to be called, up until that last spot," she said, smiling brightly. "And I saw the camera—it was right here—and I was hoping sana sakin, pero katabi ko pala si Miss Brazil, para pala sa kanya!"

A good sport, Rabiya paused to laugh at the memory.

"After that, nung nasa backstage na kami, I was thinking, so that was it. Months of preparing, and hanggang dun na lang talaga. But yeah, you really need to teach yourself. You really need to control your emotions. And to remind ourselves that it wasn't my night. I need to support whoever is gonna win, because she is my sister, and I have to be there clapping for her and cheering for her, " she shared.

Rabiya's post as Miss Universe Philippines might be coming to a close with the ongoing callouts for the new Miss U bet, but she admitted that she "isn't closing any doors" for her future involvement in pageantry. "I actually might go into acting!" she said.

Well, we can't wait to see what else is in store for the Iloilo beauty queen, whether it be acting, joining pageants, or teaching!

10 Romantic Korean Movies You Can Watch On Iqiyi