SHOP: The Preview Beauty Bag Is Officially Here and It's the Ultimate Steal|Read more »
Culture | By Bea Faicol for Yummy.ph - May 18, 2021 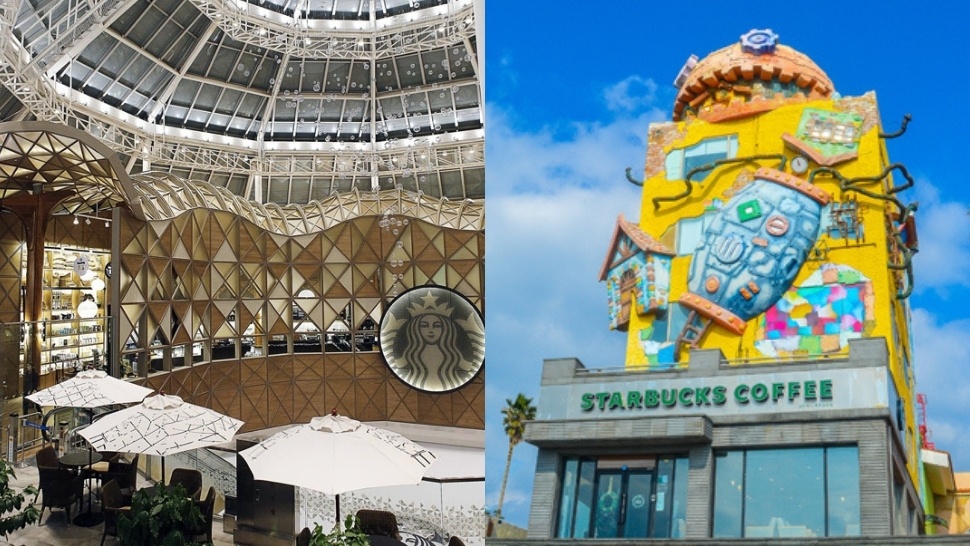 There are many reasons to visit South Korea. On top of our mind, you have to go there to visit the palaces and hanok villages, shop for beauty products, take photos of Korean drama locations, and, of course, trying out the food! There's Korean street food, Korean barbecue, convenience stores, restaurants, and cafés to check out.

Even if there are numerous Starbucks stores in the Philippines, there are drinks, food items, and merchandise that are exclusively available in South Korea alone. If you want to check these out, you might as well drop by the coffee chain's prettiest branches so you can get a photo as a souvenir, too!

Here are the prettiest Starbucks stores you can find in South Korea:

Last July 2020, Starbucks opened its largest store in South Korea to celebrate its 21st anniversary in the country. This cafe has three stories, a Reserve coffee bar, rooftop access, a drive-thru, and a view of the scenic Namhan River.

This two-story tower houses a "Grand Bar," which is a triangular bar that serves food and tea; a Coffee Stage where you can get a "more personalized and intimate coffee experience with the baristas;" and it has seating zones inspired by the six commonly traded goods among Koreans during the Chosun Dynasty.

This Starbucks store has a coffee seminar area, a cozy fireplace, and the first-ever Starbucks store in the world to have a large digital art wall, projecting illustrated scenes from the Starbucks coffee farm in Hacienda Alsacia, Puerto Rico by Korean artist Lee Kyu-tae.

For the K-drama fans out there, the State Tower Namsan is a popular shooting location! It has been used for recent dramas like Start-Up, Record of Youth, Flower of Evil, Lovestruck in the City, and Itaewon Class.

This Starbucks store was remodeled last June 2020 to blend in with the area of Hwangudan, a national historical site built in 1897 and to support the preservation of South Korea's traditional culture. It has a seating area and partitions in traditional patterns, octagonal shelves, and a mural by a Korean artist.Â

If the Han River is on your itinerary, drop by Starbucks Wave in Seoul Wave Art Center. This store floats on the Han River itself and it looks like a cruise ship, too.

The Famille Park store has an exterior of a unique geometric glass dome structure that extends to its interiors with its ceiling and walls made of glass. Another eye-catching aspect of this store is its art installation of artificial birds flying about against a ginormous Starbucks logo.

According to Starbucks Partners, the interiors of the Famille Park store use wood and decor that are eco-friendly, and that they have added potted coffee trees around the store to bring nature toÂits space.

Besides the Starbucks store in Hwangudan, there's also the store in Gyeongju Daereungwon that was also built in a historical spot in the country. This specific storeâs facade is inspired by the hanok, a traditional Korean house thatâs known for its curved roof and beams.

Is a relaxing getaway to Jeju Island part of your SoKor itinerary, too? Drop by this colorful Starbucks branch you can find on this island. A flight of stairs leads up to what looks like a Starbucks store with a steampunk-inspired facade.

If youâre wondering why this Starbucks store is decorated this way, this is because it was made in collaboration with its neighbor, the Ripley's Believe It or Not! Museum.

When you're done touring Busanâs beaches, mountains, and temples, and need to relax and grab something to drink or eat, this Starbucks store is the place to go to! It has a gorgeous beachfront view of the Songo beach, all thanks to its floor-to-ceiling glass windows.