JUST IN: Jinkee Pacquiao Is One Glamorous Ninang at a Wedding Wearing Accessories Worth at Least P10 Million|Read more »
Culture | By Jamina F. Nitura - Aug 15, 2020 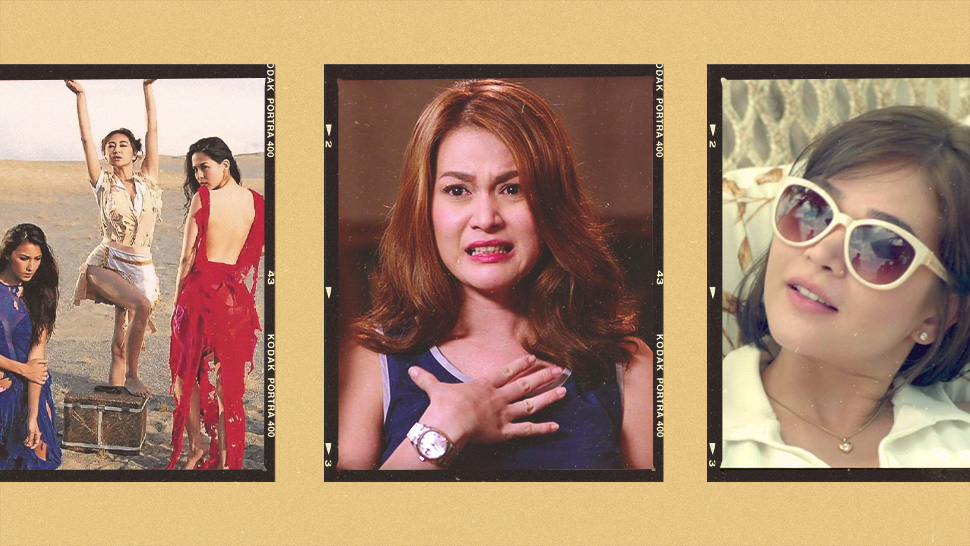 As we all collectively brave the current global crisis, it’s no crime to crave a momentary reprieve from all our troubles. That said, what better way to find an easy escape than to binge-watch Filipino comedy films that are sure to make you burst out in belly laughs? So you can go straight to marathoning, below, we round up 10 hilarious Pinoy movies available online for your immediate viewing pleasure.

1. Four Sisters and a Wedding

At the request of their mother, four sisters return home for their youngest brother's wedding. Chaos ensues when all the girls reveal that they're against the abrupt event and attempt to break off the engagement. This soon leads to the endless unearthing of deeper personal resentments within their dysfunctional family.

When clumsy village thief Eman grows tired of his continuous failed attempts at crime, he decides to team up with his two friends and an undercover cop to broaden his chances at success. Together, the bumbling foursome devise a nefarious heist to leave their mark as the top thieves of the fictional Barangay Husay. Fun fact: The movie entered Netflix Philippines' Top 10 list at the time of its release on the streaming site last month.

Two overseas Filipino workers in Taiwan find a brand new red couch left on a bickering couple's doorstep. Both fresh from heartbreak, the pair take this as a sign from God and decide to take the couch home to their shared dormitory. While on their way back, they're met with a series of unfortunate events that eventually turn their adventure into a cathartic journey of self-discovery.

After the death of her third husband and with 12 children to provide for, newly single mother Ina Montecillo is at a complete loss for what to do. Weighed down by a boatload of financial troubles, she desperately tries to make ends meet while her kids slowly grow to resent her.

A yong woman insecure about her looks makes use of a magic potion to trick her handsome crush into seeing her as being more attractive than she actually she is. Although it goes well for her at the start, her plan hits a snag when the magic starts to wear off.

Four beauty pageant constestants vying for the title of "Miss Manila Sunshine" board a yacht together only to find themselves stranded on a deserted island after a fire ravages their vessel. Utter madness is unleashed as they're forced to survive along with an attractive young man, a maid, and the gay pageant director.

With their parents working overseas, Rica grows overprotective of her young sister Cecil, so much so that she even breaks up with her boyfriend after Rica gets hurt in an unrelated freak accident. Tension between the close siblings flares when their parents finally return home after years of being away, especially with Rica worrying that Cecil won't need her around anymore.

Rocco Espiritu, a rich young man who gambles away all his money, starts a search for a fake wife in order to get his inheritance from his grandmother. He ends up hiring Rocky Dela Cruz, a dutiful daughter in need of money to pay for the rent on her family’s home. As the two go through their fraudulent married life, they have to deal with their suspicious family members, and their growing feelings for each other.