It's here in Manila for one day only! 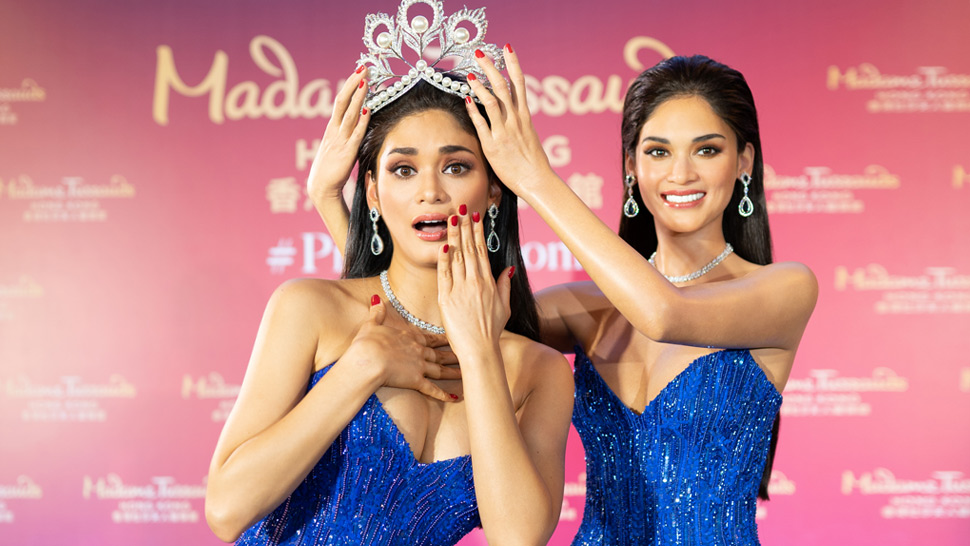 The wait is finally over as Madame Tussauds Hong Kong just unveiled its first ever Filipino wax figure in the form of Miss Universe 2015 Pia Wurtzbach! The best part? Due to the beauty queen's overwhelming popularity, MTHK has brought the figure to the Philippines, allowing us Filipinos an exclusive first look, before showing it to the rest of the world!

"I’m so excited for everyone to see it. I saw it earlier and I just couldn’t stop staring at it," Pia tells Preview. "I was looking at it from different angles, because it really looks like me! It’s so surreal seeing it."

After much speculation, we can finally confirm that the wax figure's pose is that of Pia holding out the crown to someone else as she did for Miss Universe 2016 Iris Mittanaere. "I love the pose especially because it’s very interactive, people can have fun with it. They can touch Pia; they can pose with her, they can have their own crowning moment as well," Pia muses.

Pia will be unveiling her wax figure tomorrow, March 29, at the SM Mega Fashion Hall, while the wax itself will be available for public viewing during malls hours, starting 11 a.m. So for devoted fans and beauty queen enthusiasts, don't miss this once-in-a-lifetime opportunity and make sure you get there early to take photos with Queen P number two, as the MTHK team is set to fly the wax figure back to its rightful home in their Hong Kong museum the next day.

The wax figure captures Pia in all her ethereal beauty queen glory, donning a replica of her iconic royal blue Michael Cinco ball gown, which we fondly remember from the Miss Universe 2016 coronation night.

Recreated by Michael himself just for the milestone moment, the Swarovski-encrusted copy took the designer a total of 400 hours to make. "The replica and the original are the same design, but I was given specific measurements for the wax figure and measurements of the stand." Michael tells Preview. That said, while Michael used the exact same embellishments and fabric, don't expect to see a copy of Pia's 2016 gown down to a T, because the wax figure's frock has less volume and is noticeably lacking the train that the original had. Not that it matters when Pia's wax doppleganger carries the couture piece just as well as the real version.

"It looks exactly the same," Pia excitedly declares. "You know how replicas aren’t usually as bongga as the real one? But really, Michael Cinco made the exact same gown so now there’s two of them. It’s not a watered down version of the original gown."

As for what message Pia hopes this milestone will send out to her fellow Filipinos? "Dreams come true. When I saw it, I felt like I won again. Sabi ko kanina nung nakita ko, ‘Guys, I made it!’ This is the moment na na-feel ko na lahat ng struggles and challenges that I went through the past years were worth it," she says. "The takeaway that I want people to get from this is: Don’t stop dreaming. Keep pushing for your dreams. Because I didn’t expect this. Winning Miss Universe was more than enough for me, and to have this as a bonus, I’m really so grateful. Keep working hard, keep working for your dreams. I always say, if you have a dream, you’re already halfway there. So if it can happen to me, it can also happen to you."

Get a closer look at Pia's wax figure, below!

Here's Everything You Need To Take Flawless Instagram Photos