SHOP: 10 Citrusy Fragrances That Will Make You Smell Fresh Off the Shower|Read more »
Culture | By Esquire Philippines - May 7, 2020

Philippine cinema has lost one of its legendary directors. 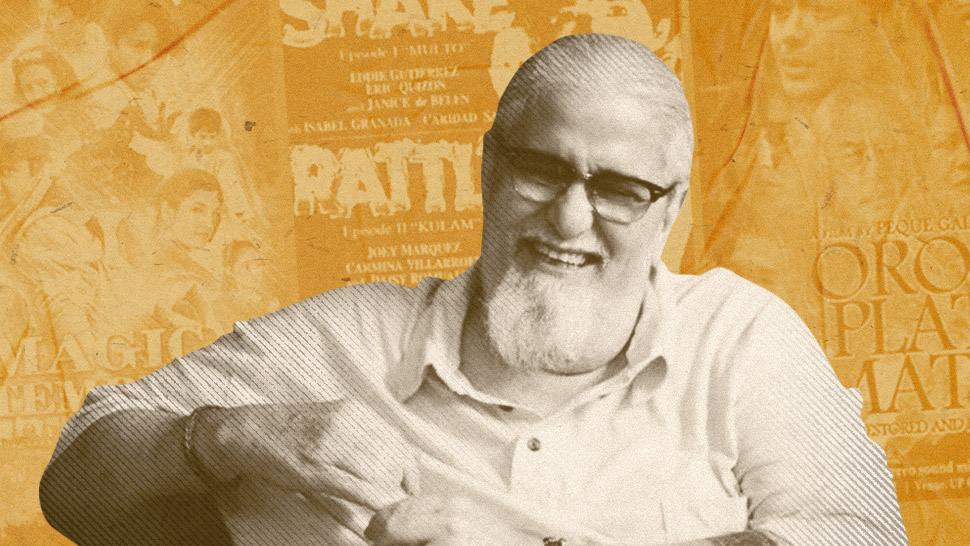 Peque Gallaga, titan of Philippine cinema, has died. He was 76 years old.

The filmmaker, perhaps best known for his 1982 film Oro, Plata, Mata, was rushed to the Riverside Medical Center in his native Bacolod City on Wednesday “due to complications from past health conditions.” His passing was confirmed by his brother Ricky Gallaga, in a tweet by the Philippine Daily Inquirer:

Gallaga attended De La Salle University in Manila before completing a bachelor’s degree in commerce and liberal arts at the University of St. La Salle in Bacolod. His first film was Binhi, which he co-directed with fellow filmmaker Butch Perez.

But it was his next movie that would establish him as one of Philippine cinemas’s greats.

Telling the story of two wealthy clans in World War 2-era Negros, Oro, Plata, Mata was critically acclaimed when it was released in 1982, winning multiple awards and confirming Gallaga’s place as one of the country’s most talented filmmakers.

Gallaga’s film oeuvre spans age groups and genres. He was as comfortable making adult movies such as Scorpio Nights and Virgin Forest, as he was helming more kid-friendly fare like Batang X and Magic Temple. He did mainstream movies that appealed to mass audiences like episodes of the horror series Shake, Rattle and Roll and Darna: Ang Pagbabalik (co-directed with Lore Reyes), and more indie, arthouse films like Isang Araw, Walang Diyos and Gangland (both co-directed with Lore Reyes).

Besides being known as a director, Gallaga was also a talented screenwriter, production designer, and actor.

It was his colleague and friend Lore Reyes, whom he has worked with a number of times, that issued a statement on Wednesday on behalf of his family about his hospitalization.