SHOP: The Preview Beauty Bag Is Officially Here and It's the Ultimate Steal|Read more »
Culture | By Jelena Basilio - Feb 13, 2022

Here's where to watch more of this swoon-worthy actor. 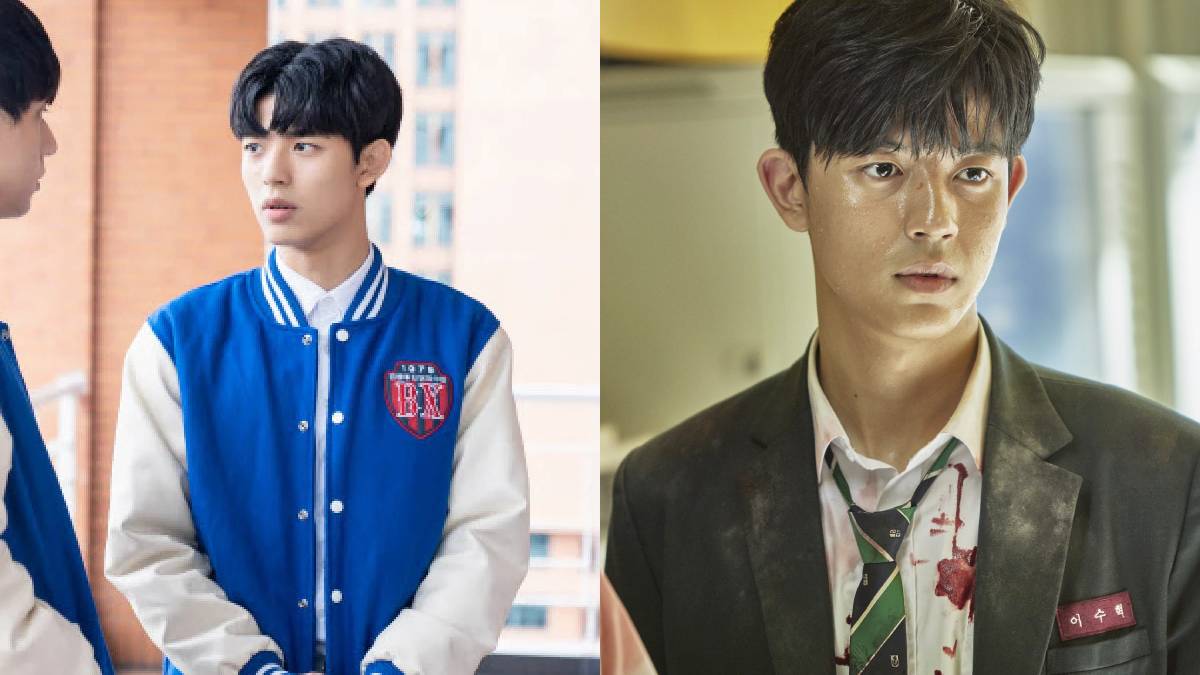 IMAGE Lookism/WeTV, All of Us Are Dead/Netflix
Here's where to watch more of this swoon-worthy actor.
Shares
Share
Tweet
Comments

Not only is K-drama star Park Solomon a man of good looks, but he's also a gent of amazing talent. From romantic comedies to thrilling action shows, he sure knows how to deliver his lines in the most sincere and realistic way. If you want to see more of his exceptional acting skills, you'll want to check out the selection we created just for you.

Here's a list of 9 shows and movies to watch if you love K-drama star Park Solomon:

Lomon will star alongside Shin Ye Eun who plays Ok Chan-mi, a girl seeking revenge for the death of her twin brother. Chan-mi is a high school student who is strong but acts weak and vulnerable in front of weak people. This thrilling story began production in January and is expected to exhibit exceptional chemistry between the two talented actors.

All of Us Are Dead is a zombie-themed drama based on a webtoon of the same name written by Joo Dong Keun. It's set in a high school where a virus breaks out and its students must now fight for their lives and deal with pressure-packed challenges while trying to escape. Here, Lomon stars as Su-hyeok, a kind-hearted former troublemaker, who harbors a fondness for their aloof class president.

Lookism tells the story of a boy, Wen Shuai, who is a victim of bullying. He later on musters enough courage to start a new chapter of his life by transferring schools, but uncovers that he has a secret power no one else has. Wen Shuai finds out that he can switch between two bodies: one he describes as ‘ugly,’ which appears when he's awake, and the other more ‘handsome,’ which appears when he's sleeping. This secret completely changes Wen Shuai's life and causes more twists and turns than he thought. Park Solomon acts as the ‘handsome’ body in this drama.

Ho Goo-hee is a 17-year-old school student at Hanjong High School. She is a quiet and sweet girl who is constantly bullied by the other students. Shin Ji-hoon, played by Lomon, is a popular boy who reluctantly comes to her rescue more times than he would like. However, things start to take a strange turn in Goo-hee's life when she discovers an app called Revenge Note which promises to take revenge on people whose names are entered on it. Sweet Revenge is a drama that has it all: romance, comedy, mystery, and a few stressful situations that can teach how little actions can make a big impact in someone's life.

Lookout is an action thriller which follows a group of people who share in common the fact that they have lost loved ones to crime. Its story tells of their journey packed with lessons on overcoming pain, acknowledging your own mistakes, and fighting for justice. Here, Lomon plays a character named Yoon Si-wan.

Yoo Hye-jung was a tough bully in school with a gangster personality. She had many scars from her childhood, as such, Hye-jung kept her heart shut away from other people. However, she changes after meeting her teacher Hong Ji-hong who plays a key role in transforming her life. They part ways due to a report of their close relationship. However, they subsequently meet again 13 years later, when Hye-jung finally lives her dream as a successful neurosurgeon. The teen version of Ji-hong here is played by Lomon.

Four women each with a story to tell all have one thing in common: they were treated unfairly and wrongly imprisoned. Having learned to bake in prison, they team up to challenge a big company with the purpose of exacting revenge. Soon, they develop a bond and turn into a family of sisters. In this light-hearted family drama, Lomon plays the teenage version of Ma Do-hyun, the husband of one of the four ladies.

Bride of the Century mixes the genres of mystery, romance, and comedy in an eerie setting. It follows an elaborate plan concerning going against supernatural forces related to curses and love. The Choi family, who runs South Korea’s largest conglomerate called the Taeyang Group, is said to be suffering from a curse wherein the first bride of the eldest son will always die. When the wealthy heiress Jang Yi-kyung disappears right before her wedding to chaebol heir Choi Kang-joo, a lookalike impostor is brought in to take her place. Kang-joo, however, falls in love with the impostor, causing other family members to develop strange schemes of their own. This show marks Lomon's TV debut as he played the teen version of Kang-Joo.

If you're a fan of both sci-fi and scary movies, this film may be for you. When a girl escapes the hellish Space War field and arrives in Saturn's orbit, she tells three different stories anchored to human fear. The film is divided into these stories, acting like an anthology packed with loads of suspenseful moments. In this spine-chilling film, Lomon plays a robot called PZ3000.

This Is Not A Drill: Apple May Be Releasing A Cheaper Iphone Next Month