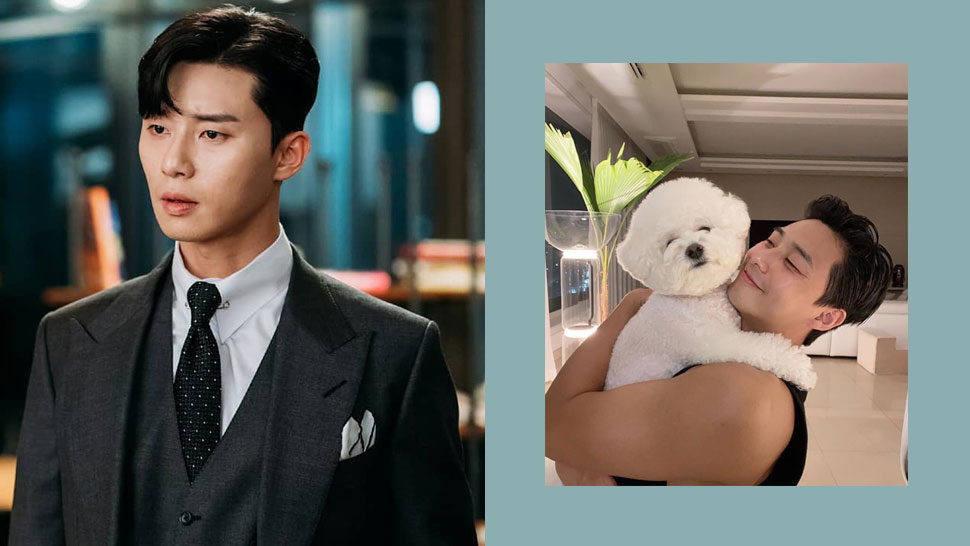 IMAGE WHATS WRONG WITH SECRETARY KIM/TVN, INSTAGRAM/BN_SJ2013
He's been in the entertainment industry since 2011!

Park Seo Joon is a name that will easily ring a bell—because of the success of his K-dramas, the actor has become one of the brightest stars in the industry, especially on social media. Even local celebrities have confessed their love for PSJ, and his fans from all over the world are increasing day by day.

In this article, we’ll take a look at how much Park Seo Joon is possibly making, a.k.a. how rich he is. To get things rolling, according to net worth websites, PSJ’s estimated value could reportedly range from $1 million to $5 million. Wow.

In terms of real estate, it was reported in 2016 that Park Seo Joon owns an apartment unit in the neighborhood of Geumhodong, and lives in the same building as Running Man’s Lee Kwang Soo and TV announcer Jun Hyun Moo. The announcer’s residence is reported to be worth around 500 million won ($445,000) in that year, and that gives us pretty much an idea of how much PSJ’s unit could cost.

For his television series, PSJ has a string of top-rating K-dramas under his belt. This means that the higher the viewership ratings, the more the advertisers will invest in that show’s time slot—leading to more screen time and earnings for the actors. In some situations, when dramas end with consistently high rankings, the cast is rewarded with a vacation abroad.

While there’s no news about PSJ swimming in the beaches of Hawaii as a vacation reward, it is a known fact that most of his dramas gained high viewership ratings in the past. This includes KBS’ Hwarang in 2016 and Fight for My Way in 2017, tvN’s What’s Wrong with Secretary Kim in 2018, and JTBC’S Itaewon Class for this year. In fact, during the quarantine period, Pinoys binge-watched PSJ’s K-dramas on Netflix a lot, and three made it to the streaming site's Top 10 list in the PH for April 2020.

To give you an idea of how much he earns for his dramas, PSJ reportedly got 30 million won ($25,000) per episode in the 2015 hit series She Was Pretty. Note that this was in 2015, and with the trail of popular shows that he has had over the years—let’s just say that PSJ can buy anything he wants whenever, wherever.

Park Seo Joon has also starred in numerous Korean films. His 2017 movie Midnight Runners with Kang Ha Neul sold over four million tickets in South Korea (a single ticket on a weekday is estimated at 12,000 won or $10) and was distributed to six other countries including Japan, Hong Kong, and the Philippines. In 2019, PSJ starred alongside Woo Do Hwan in The Divine Fury, with 380,106 moviegoers on its opening day. It is also worth noting that Parasite, the award-winning Bong Joon Ho film where PSJ made a special guest appearance, raked in $44 million in the US in February this year.

When it comes to endorsements, Park Seo Joon is indeed a brand favorite. The year 2015 alone reportedly gave him 400 to 500 million won ($340,000 to $425,000) in advertisement profit. This increased after he was chosen as the face of South Korean brands like Bibigo, Kloud Beer, and Laneige Homme to name a few. PSJ also stepped on international shores and endorsed multinational companies including Sperry (where he’s the first Korean model), Tommy Hilfiger (as the first Asian male brand ambassador), Gong Cha, and Domino’s Pizza. In the Philippines, PSJ endorsed Bench, and is currently promoting BYS Cosmetics.

Just when you thought that our calculation stops there, Park Seo Joon is also making bank on YouTube. The actor received a YouTube Gold Play button last June for reaching one million subscribers on his channel. In case you’re wondering: According to a video by South Korean YouTubers Q2HAN, they receive $3,205 in a month (although this is not the case all the time and their management takes away a percentage) in terms of YouTube ad revenue. The twin vloggers currently have 572,000 subscribers to date with an average of 100,000 views per video. Sooooo you can do the math as to how much PSJ is possibly earning from YT! He has a million subscribers and an average of 300,000 to 500,000 views per video.

Apart from what was mentioned above, PSJ has also appeared in a number of variety shows, and has sung some of his K-drama OSTs. We won't be surprised if he'll be a part of the top 10 highest paid Korean actors next year. We’re keeping our fingers crossed.

Park Seo Joon also doesn't forget to give back. He made a 100 million won (around $83,800) donation recently to those who were affected by South Korea’s heavy rain and flooding. In February this year, he also donated 100 million won to help purchase medical equipment for the city of Daegu’s fight against COVID- 19. Last year,  PSJ donated yet another 100 million won to the victims of the Gangwon Province fire incident.