JUST IN: Jinkee Pacquiao Is One Glamorous Ninang at a Wedding Wearing Accessories Worth at Least P10 Million|Read more »
Culture | By Cheska Pangilinan for Femalenetwork.com - May 20, 2020 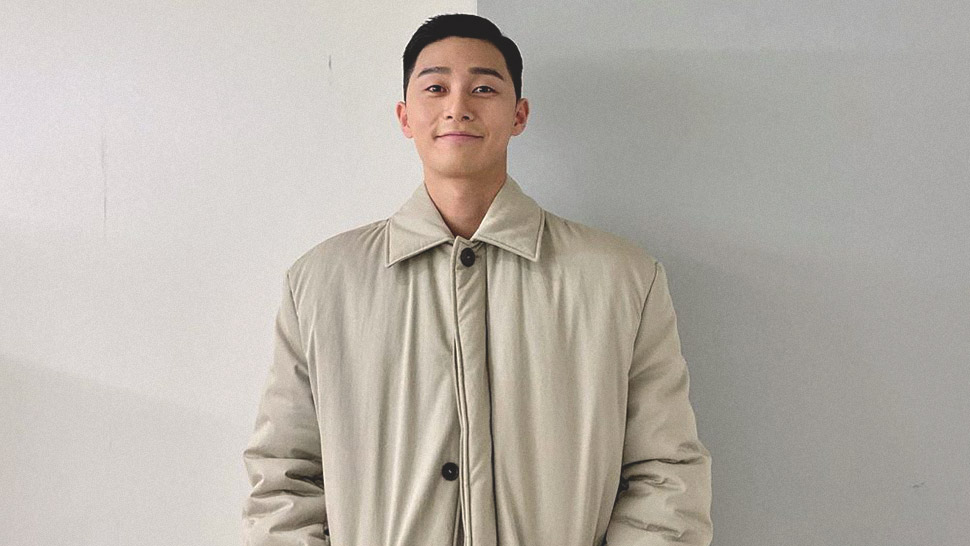 IMAGE INSTAGRAM/bn_sj2013
Did you know he speaks Spanish?

Dubbed as the master of Korean romantic comedy, Park Seo Joon has become the dream leading man we all hoped for. Aside from his charming looks, we like how he’s always able to build a swoon-worthy chemistry with whoever he’s paired up with. But in his recent K-drama Itaewon Class, Park Seo Joon showed a different side to his artistry. He went beyond the rom-com stereotype and gave us superb acting as the strong-willed Park Saeroyi. It just adds up to the many reasons why we admire him! Get to know more of Park Seo Joon here:

1. He rendered the mandatory military service at 19 years old.

Park Seo Joon performed his military duties from 2008 to 2010. In his Esquire interview, he also shares that he read a lot of self-help books while in the military. A year after getting discharged, he made his entertainment debut by appearing in Bang Yong Guk’s music video "I Remember".

2. He got his first K-drama lead role in A Witch’s Love.

After his minor roles in shows like Dream High 2, Pots of Gold, and One Warm Word, Park Seo Joon finally got the lead part in A Witch's Love. There he plays Yoon Dong Ha, a 25-year-old who falls for an older woman, 39-year-old Ban Ji Yeon (Uhm Jung Hwa).

However, Park Seo Joon gained more popularity in succeeding dramas like Kill Me, Heal Me and She Was Pretty in 2015. The latter made him a lovable modern rom-com leading man. And it continued to show in his other K-dramas like Fight For My Way and What’s Wrong With Secretary Kim.

Park Seo Joon used to be an MC on Music Bank, a music show that lets K-pop artists perform their latest hits on stage. During his two-year stint, he got to present alongside former SISTAR member Bora.

4. He recorded songs for some of his K-dramas.

While he's too shy to admit his passion for singing, Park Seo Joon has recorded heartwarming tracks for some of his K-dramas' official soundtracks. He sang "Come into My Heart" for A Witch's Love, "Letting You Go" for Kill Me, Heal Me, "Long Way" for She Was Pretty, and "Our Tears" for Hwarang: The Poet Warrior Youth. Talk about dedication!

5. He and his friends call themselves the “Wooga” squad.

The name is said to be an inside joke among this group of celebrity friends which includes Park Seo Joon and his former Hwarang: The Poet Warrior Youth co-stars Park Hyung Sik and V of BTS, and also rapper Peakboy. Park Seo Joon, later on, introduced Choi Woo Shik to the group. He and Choi Woo Shik appeared together in shows like Shut Up Family and Fight For My Way as well as movies Divine Fury and of course, the award-winning Parasite!

Park Seo Joon loves posting about Simba, his cute white dog, on Instagram! Sometimes, he brings his fur baby to work. How cute!

9. He stills thinks about his character in Itaewon Class.

Also from his Esquire interview, Park Seo Joon mentioned that his character, Park Saeroyi, taught him valuable lessons like not giving up on one’s ambition and not giving in to societal pressure. These lessons helped shape his newfound perspective in life.

10. He'll be portraying a soccer player in his next project.

For a sports fan like Park Seo Joon, working on Dream is definitely going to be a dream come true. In this upcoming movie, Park Seo Joon will take on the role of a professional soccer player. He's also going to star alongside IU who is a popular actress and singer in South Korea. This sounds exciting!

* This story originally appeared on Femalenetwork.com. Minor edits have been made by the Preview.ph editors.