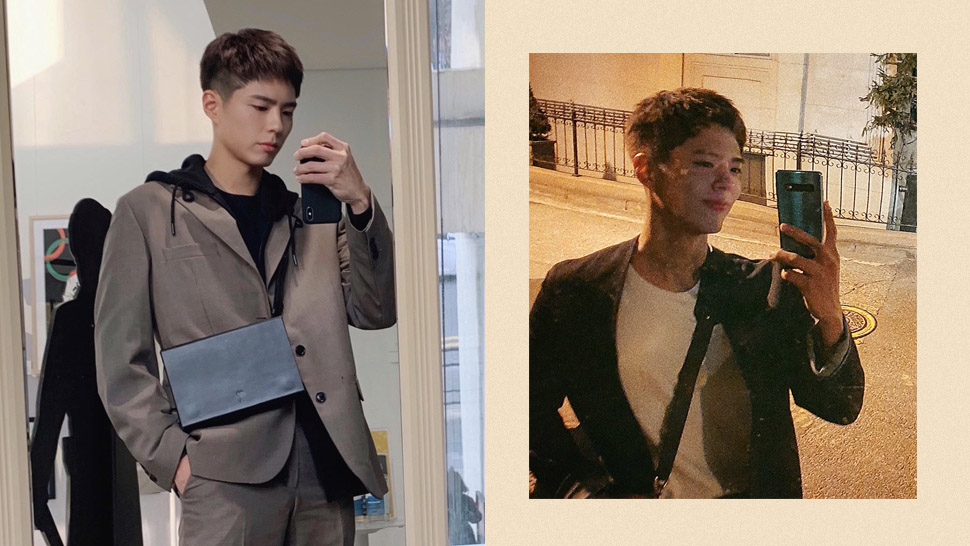 It’s been more than three weeks since Park Bo Gum enlisted in the military (yes, we're keeping track), and we miss him so, so, much already. Although, with Record Of Youth episodes coming out weekly on Netflix and his frequent posting on Twitter, we are well-fed with Bogummy content and our hearts are super happy about that.

We do have one question though: How can he post so frequently on Twitter when he’s currently doing his mandatory military service? Even if using mobile phones are now allowed while in service, he’s still probably pretty busy, right?

Some photos from his Record Of Youth filming which he captioned with a BTS song reference:

And just last night, he posted a selfie with his on-screen halabeoji:

Everybody is asking: How???

Okay, here’s what we know—his agency isn’t the one behind his updates on Twitter (although they have been posting drama stills on Instagram), and it’s Bo Gum himself who's sending out the tweets!

Fans, who are quicker to solve mysteries than Sherlock Holmes and Nancy Drew combined, have an answer for us! Apparently, Bo Gum would often use Twitter’s scheduling function even before he enlisted.

Bo Gum reportedly took photos while filming Record Of Youth, and scheduled the posts on the exact days when a new episode is aired (which are Mondays and Tuesdays). BRB, will just look for our box of tissues.

Even if he’s currently far away from his fans, he found ways to stay connected to them. This is such a thoughtful gesture, Bogummy! We can’t wait for you to come back in 2022. For now, we’ll watch Record Of Youth on Netflix.