They're all talented, beautiful, and incredibly hardworking! 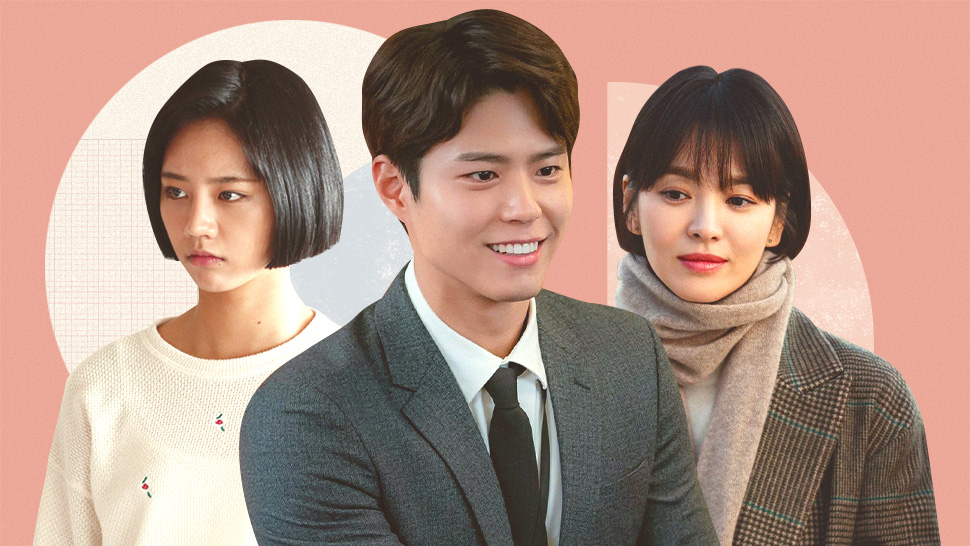 Park Bo Gum has starred in a variety of Korean drama roles over the years—as a quiet, small-town boy, a charming prince, a model with big dreams, and more! And at only 27-year-old, our dear Bogummy has already achieved superstar status in the Hallyu industry. He's off to take his mandatory military service real soon, so before he hits pause on his public activities, here's a look at his four drama leading ladies in recent years. They're all talented, beautiful, and incredibly hardworking—it's no wonder they're pairings were massive hits!

What's her role in the drama? The cult-fave coming-of-age drama stars Hyeri as Deok Sun, a middle child who lives with her two siblings and parents in a cramped half-basement. Her family is seriously in debt and lives a starkly different life than her neighbors, one of them being Choi Taek (Park Bo Gum), a quiet but genius baduk/Go player.

What's she up to now? Hyeri has been busy doing on-screen work in both dramas and films! Notable works include Entertainer (2016), Two Cops (2018), and Monstrum (2018). As for her K-pop career, she's still part of Girl's Day, although the group's last comeback was in 2017 with the EP Everyday #5. She's also still in a relationship with Reply 1988 co-star Ryu Jun Yeol, and recently had a mini-reunion with the cast, including Park Bo Gum.

What's her role in the drama? In the sageuk drama, Kim Yoo Jung is Hong Ra On, a girl who grows up pretending to be a boy. Now an adult, she disguises herself as a male relationship counselor and finds herself working as the eunuch of crown prince Lee Yeong (Park Bo Gum). With their close personal relationship, the two can't help but fall in love with each other—no matter how hard Ra On tries to hide her disguise.

What's she up to now? As a former child star, Love In The Moonlight marks Kim Yoo Jung's first leading adult role in a drama. The show was a hit amongst viewers, which cemented Yoo Jung's name as one of Hallyu's rising actresses. She's since starred in two dramas: Clean With Passion For Now in 2019 and Backstreet Rookie in 2020.

What's her role in the drama? Cha Soo Hyun (Song Hye Kyo) is a recent divorcee and a daughter of a bigtime politician. After the scandal that her divorce drew, she's been trying to rebuild her life by focusing on managing the hotel that she acquired as part of her alimony. On a trip to Cuba, she serendipitously meets the charming and free-spirited Kim Jin Hyeok (Park Bo Gum), whom she has an instant connection with. When Soo Hyun gets back to Korea, she finds out that he actually took on a new job in her hotel.

What's she up to now? Song Hye Kyo hasn't starred in any dramas or films after Encounter wrapped up in early 2019. Scandal also rocked her personal life in July 2019 when it was announced that she and husband Song Joong Ki would be getting divorced. She's since been busy endorsing numerous brands and fronting covers of major fashion magazines all over Asia.

What's her role in the drama? The drama hasn't aired yet but this is what we know so far about her role: Park So Dam plays Ahn Jeong Ha, a newbie makeup artist who dreams of making it big in the industry. She's had a longtime crush on model Sa Hye Jun (Park Bo Gum) and their paths finally cross during a fashion show. Mark your calendars for September 7 when the first episode drops on Netflix.

What's she up to now? Prior to the Record Of Youth, Park So Dam was part of the ensemble cast of the Academy Award-winning film, Parasite. She spent months promoting the film in the US and attended all the major awards shows, including the 2020 Oscars. She's been mainly focusing on films for the past years, and the last drama she starred in was Cinderella And The Four Knights back in 2016.

Where To Order Decadent Cheesecakes In Metro Manila