SHOP: The Preview Beauty Bag Is Officially Here and It's the Ultimate Steal|Read more »
Culture | By Patricia Baes for Spot.ph - May 19, 2020

10 Different Pancakes That Will Take You Around the World 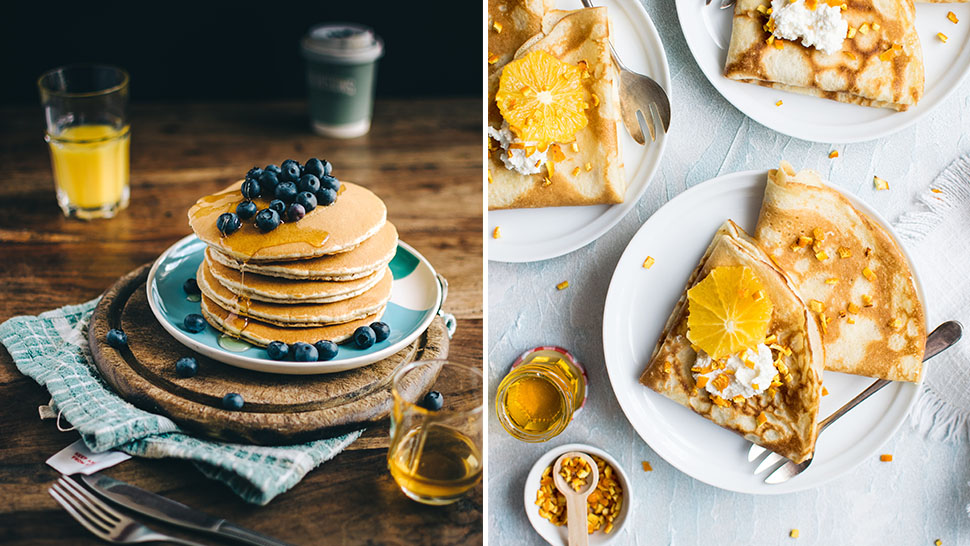 We’re definitely not alone in our love for pancakes. These flat cakes made with a starchy batter and cooked on a hot surface go all the way back to the Stone Age, with analyses suggesting our prehistoric ancestors were making flour out of cattails and ferns, mixing them with water, and baking them on hot rocks. Today, they’re popular in different parts of the world, made with different grains and cooking methods. At times sweet and at times savory, they’re also versatile enough to be served any time of the day, whether as a snack or a full meal.

Here, we round up 10 variations of pancakes from different parts of the globe and videos on how to make each of them—in case you want to give it a try at home. Check out these pancakes variations from all around the world:

Moderately thick and fluffy, the American kind are what first comes to mind for many of us when you say “pancake." They’re made with pantry staples, which include flour, eggs, sugar, baking powder or soda, and milk or buttermilk. While they’re slightly sweet on their own, they’re an especially great foil to butter and syrup.

Originating from Brittany in the Northwest region of France, crepes are thin pancakes made with wheat flour, milk, eggs, and other basic ingredients. They’re often served with sweet fillings, such as butter and sugar, fruits, or Nutella, and can be eaten as they are or piled up to form its sister dessert, crepe cake.

A savory variation exists, too, called galettes (or crêpe de blé noir, depending on where you are in France). These are made with buckwheat flour and served with fillings such as eggs, sausages, and sauteed vegetables.

Blinis or Russian pancakes are small buckwheat-based pancakes often served with toppings such as sour cream, caviar, and smoked salmon. They’re similar to crepes and made with yeast, which gives them a complex tang and airiness. You’ll find them everywhere from street stalls to high-end restaurants.

While the Land of the Rising Sun has made waves for soufflé pancakes, a more traditional Japanese pancake is called dorayaki. It sprung into popularity as anime and manga character Doraemon’s favorite food and is considered a form of wagashi, or traditional sweets that are made to be enjoyed with tea. Dorayaki consists of tsubuan (sweetened and mashed azuki beans) sandwiched between of two layers of pancake, the batter for which is often sweetened with honey and made with Japanese ingredients like soy sauce or mirin.

Kaiserschmarrn is an Austrian dessert that is best described as fluffy scrambled pancake. It gets its name from Kaiser Franz Joseph I, the former Emperor of Austria, who is also said to have had them as his favorite dessert. It usually includes rum-soaked raisins in the mix—don’t knock it 'til you’ve tried it, raisin haters—and can be served with a plum compote or applesauce.

Pannukakku is Finland’s contribution to the pancake world, described as a cross between French toast, custard, crepes, and pancakes. It uses an egg-heavy batter and is baked, yielding a large pancake with toasted edges that rise up and above the pan. It’s then sliced and served with toppings that include fresh or cooked fruit, honey, and/or whipped cream.

Sporting a striking Jade hue, serabi are small Indonesian pancakes usually made with rice flour and coconut and/or coconut milk, and cooked in a special clay crock. You’ll find it sold on the streets and at local markets in both sweet and savory variations. Some common toppings include palm sugar syrup, bananas, crushed peanuts, jackfruit, oncom (an Indonesian fermented staple food), and more.

Hailing from Malaysia, apam balik is a common street snack consisting of a pancake layer that’s folded and filled with a sweetened roasted peanut mixture. It’s commonly made with yeast, which gives it a distinctive honeycomb-like texture, and melds a crisp, smooth exterior with a soft and fluffy interior.

Baghrir is a traditional Morrocan pancake made with semolina. It’s also known as “thousand-holes crepes” thanks to its definitive mottled appearance, which it gets from the addition of yeast. The many small holes on its surface allow it to soak up whatever you decide to top it with—melted butter and honey are traditional, but they’re just as excellent topped with soft cheese and olive oil.

Dosa is a crispy Indian pancake made with a fermented rice- and urad dal (black gram)-based batter. It may be flavored with fenugreek, which gives it a nutty flavor, and is served either alongisde sambar (a lentil and vegetable soup) and chutneys, or with a savory filling (such as spiced potatoes, forming what is called masala dosa).

Here's How Couples Have Been Getting Married Since The Quarantine 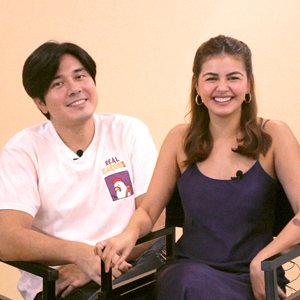