Been to the Underground River too many times? Check out these other spots. 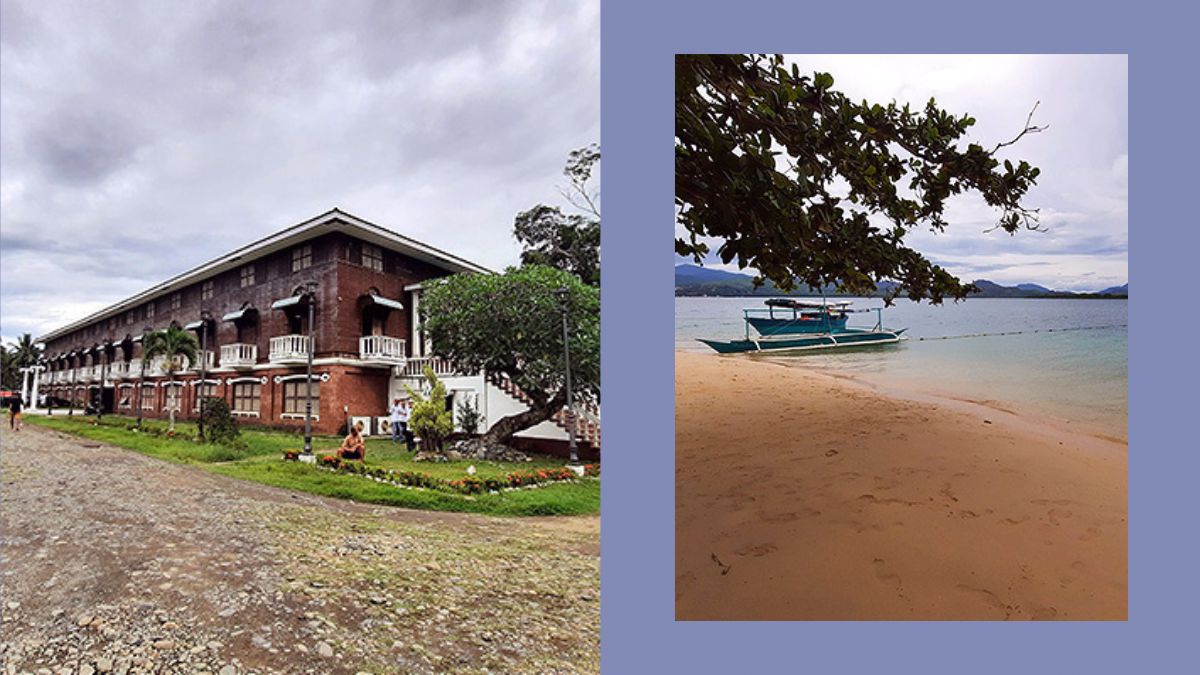 IMAGE Christa I. De La Cruz
Been to the Underground River too many times? Check out these other spots.
Shares
Share
Tweet

Puerto Princesa City in Palawan is home to the Puerto Princesa Subterranean River National Park, which was declared a UNESCO World Heritage site in 1999. It's a one-of-a-kind limestone karst landscape with an underground river that flows directly into the sea. Most of the time, tourists come to Palawan for the sole purpose of visiting this rich mountain-to-sea ecosystem, and we don't blame them. It's just that there's so much more to the "world's best island" than this spectacular geoformation.

Been to the Underground River too many times? Check out these other Puerto Princesa tourist spots:

Dubbed "prison without walls," the Iwahig Prison and Penal Farm is an actual correctional facility where inmates roam free, tend to the farm, make some arts and crafts, get some education, and then return to their cells in the evening to sleep. Established in the 1900s by the Americans, the penal colony was meant to accommodate the overflow from the Bilibid Prison. It currently has three types of inmates: those who are wearing orange shirts means that they just arrived and are still kept behind bars; the working class, who are assigned to wear blue shirts; and those who are already trusted, self-sufficient, and can freely roam around.

Ihawig Prison and Penal Farm is about 15 kilometers away from Puerto Princesa City. You can book a city tour, which includes a stopover at Ihawig Prison, through CML Travel and Tours Palawan.

Palaweño Brewery is a business of many firsts. It's the first craft beer brewery in Palawan, home of the first female craft beer brewers in the Philippines, and the site of the first microbrewery tour in the country. Back in 2012, the late Ayah Javier left San Diego, California; came home to the Philippines; and settled in Palawan. Having seen the booming craft beer industry in the SoCal metropolis, she thought of introducing it to the island. With her partner Malu Lauengco, they started experimenting with a homebrewer's kit in their modest kitchen.

Eventually, this became a full-fledged microbrewery with a wooden tap house, where visitors can enjoy some of their products, such as the Palaw'an Honey Kolsch, Hunter, Palawan Wit, Ambog Ale, and Ayahay Ipa. Their products take inspiration from staple brews all over the world, but with a local touch as their ingredients (chili, coconuts, mangoes, and honey) all come from local suppliers or even their own backyard.

Palaweño Brewery is at 82 Manalo Street, Puerto Princesa City, Palawan. It is open from Monday to Saturday, from 3 p.m. to 11 p.m..

Non-profit organization Rurungan sa Tubod not only promotes local piña weaving, but also provides a livelihood for the women in Puerto Princesa. Their business model revolves around three beliefs: sustainability, which is championed by producing minimal waste starting from plant extraction to the final output of the textile; weaving excellence, which was achieved by bringing in weaving experts from Aklan in 2000; and women empowerment, where the weavers and their families participate in the project every step of the way.

Their products, which range from purses to dresses, are available at their showroom along Abanico Road. They also have some items on display at the Hue Hotels and Resorts Puerto Princesa.

Rurungan sa Tubod Compound is along Abanico Road, Puerto Princesa City, Palawan. It is open daily from 9 a.m. to 6 p.m..

If Rurungan sa Tubod makes textile out of piña fiber, Binuatan Creations utilizes Palawan's indigenous fibers and grasses that will otherwise be put to waste. They use field grasses, amumuting, tikog grass, buntal, and other local raw materials; and turn these into placements, table runners, window blinds, bags, notepads, wallets, slippers, and hats. Their showroom has rows of looms, which are worked on by local women, and—sometimes—their kids, who are more than happy to teach you how to do traditional loom weaving.

The Palawan Special Battalion World War II Memorial Museum was inaugurated on December 5, 2011 in commemoration of the day of the Pearl Harbor bombing on December 7. 1941. It is privately owned by VADM Higinio "Buddy" C. Mendoza, Jr. of the Philippine Coast Guard Auxiliary, son of Palawan hero Dr. Higinio A. Mendoza, Sr.

The museum features World War II memorabilia, which were collected by the younger Mendoza through the years, while others were donations from friends, veterans, and families who lived through the war. Items on display include soldiers' uniforms, armaments, bayonets, flags, plane models, and the popular MacArthur Jeep of 1941-1945 model.

Plaza Cuartel stands as a grim reminder of the tragedies of World War II. According to a marker by the National Historical Commission, some 150 American prisoners of war inside the garrison were burned to death by Japanese soldiers on December 14, 1944. Those who survived the massacre swam to Ihawig, while the remains of those who died were brought to a common grave at the Jefferson Barracks National Cemetery in St. Louis, Missouri.

Puerto Princesa's Hundred Caves was discovered in the 1990s by a member of a local indigenous community in his search for edible birds' nest. Its cave mouth is at 80 meters above sea level, while its interiors are characterized by narrow maze-like passages that go up and down. In 2016, it was poised to be developed as a sustainable eco-tourism site under the management of the Palawan Council for Sustainable Development.

While not as pristine as the islets of El Nido or Coron, the tiny islands in Honda Bay are still worth a visit, especially if you're looking for a laid-back day with your friends and family. Starfish Island is a common first stop as it has bamboo tables and chairs where you can have lunch. Then, there's Luli Island, which is known for its shifting sand bar and snorkeling site; and Cowrie Island, which has plenty of space for beach volleyball and more drinking and dining by the beach.

If the weather is good, don't skip the Iwahig Firefly Watching Mangrove and Wildlife Park. The place, which is managed by the locals of Barangay Ihawig, features a 45-minute cruise down the river where fireflies are usually aplenty in the evening. These creatures with flickering light live among the mangroves along the banks of Sicsican and Ihawig Rivers.

You can book KKDay's Puerto Princesa Fireflies Night Tour in Palawan for P1,299.

Opened in 2021, Balayong People's Park is a 63-hectare outdoor venue that's expected to host sports and wellness events for Puerto Princesa residents and visitors. The green space features rows of Balayang trees, a local term for the medium-sized Palawan cherry, a five-storey tower, and plenty of elevated walkways to for picture-taking amid the green patches. Other flowering trees, such as banaba and golden shower, are also expected to be put up in the area. There are also earthballed trees from highways and city readers that are transferred to the new city park. It's part of the city's efforts to have a cleaner and cooler air, as well as to promote social interaction and physical activities.

Where to Stay in Puerto Princesa, Palawan

Hue Hotels and Resorts Puerto Princesa has three accommodation options: the Deluxe Room (P3,500), Family Room (P7,000), and Suite Room (P5,500). All 122 rooms are decorated with Machuca tiles, whether on the floors or the walls; woven mats that pop with bright colors; and upholstery that complements the hip ambiance of the hotel. Refillable soap dispensers and reusable glass bottles are also found in each room, part of the hotel's efforts for sustainable tourism.

It has a rooftop book with a pool bar, a fully equipped fitness center, the Aminah Spa, and an in-house restaurant that serves local dishes with a twist.

How to Get There