She also had something to say about Emilia Clarke, who wasn't the first choice for the role. 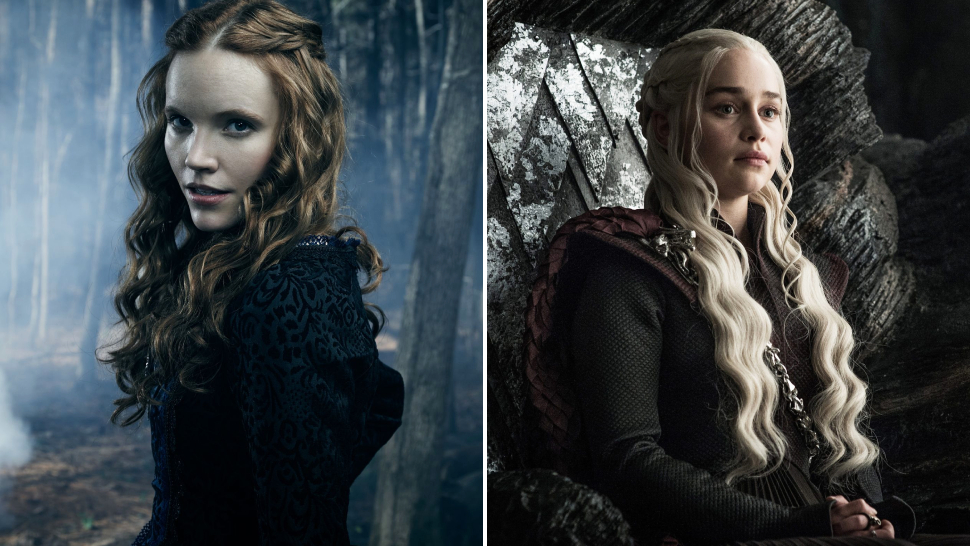 IMAGE Salem/WGN America, Game of Thrones/HBO
She also had something to say about Emilia Clarke, who wasn't the first choice for the role.
Shares
Share
Tweet
Comments

Did you know that Emilia Clarke wasn’t the original Daenerys Targaryen? Before the now big-shot Hollywood actress ruled over our screens as the Mother of Dragons on Game of Thrones, someone else had already taken on the role.

English actress Tamzin Merchant was cast to portray Daenerys for the original pilot episode of GOT in 2009 which, obviously, never saw the light of day. It’s unclear why the infamous episode was reshot in the first place, but the overhaul did lead to some actors and crew members being cut off the project for new ones.

In an interview with Entertainment Weekly, 12 years after exiting GOT, Tamzin finally spoke about her involvement in the show for the first time. From the looks of it, the now 33-year-old actress doesn’t regret leaving the Emmy-winning series one bit.  "Shooting that pilot was a really great lesson,” said Tamzin, who actually tried to back out of the project before they even started filming. “…During the contract process, I did back out. I was talked back into it by some persuasive people. Then I found myself naked and afraid in Morocco and riding a horse that was clearly much more excited to be there than I was."

According to Tamzin, while filming her scenes, she already knew deep down that the role of Daenerys Targaryen, and the story itself, just wasn’t for her. "I didn't have any training as an actor, I only have my instincts. And what excites me and what drives me is a compelling story and a compelling character. So for me, Game of Thrones was never that,” she explained.

Despite her disinterest for the show though, she only had praises for Emilia Clarke, who went on to become a household name worldwide thanks to GOT. “I think it's a testament to Emilia Clarke for making that role iconic—she was obviously excited to tell that story, and she was epic and excellent. But for me, it wasn't in my heart to tell it." In fact, Tamzin reiterated that she’s actually quite thankful she’s not as “rich and famous” as Emilia, stating that she wouldn’t have been the creative that she is now had she remained bound to her GOT contract.

“Expressing myself creatively is a need that's more important than any amount of riches that I could have gained from that part,” said Tamzin. “If I did I think I'd just distract myself—but that's just me, not anybody else; I think Emilia Clarke is amazing. I just wouldn't be the creator that I am today. I'm profoundly grateful to have claimed my own path to be carving it for myself."

Tamzin is best known for starring in TV shows such as Salem, Supergirl, and most recently, the 2019 fantasy web series, Carnival Row, alongside Orlando Bloom and Cara Delevingne. She also recently launched her debut novel, a YA fantasy tale titled The Hatmakers.

Read up on her full interview with EW here.

All The Cute Details We Loved About Phoemela Baranda's Baby Shower