SHOP: The Preview Beauty Bag Is Officially Here and It's the Ultimate Steal|Read more »
Culture | By Jam Nitura - Dec 3, 2020 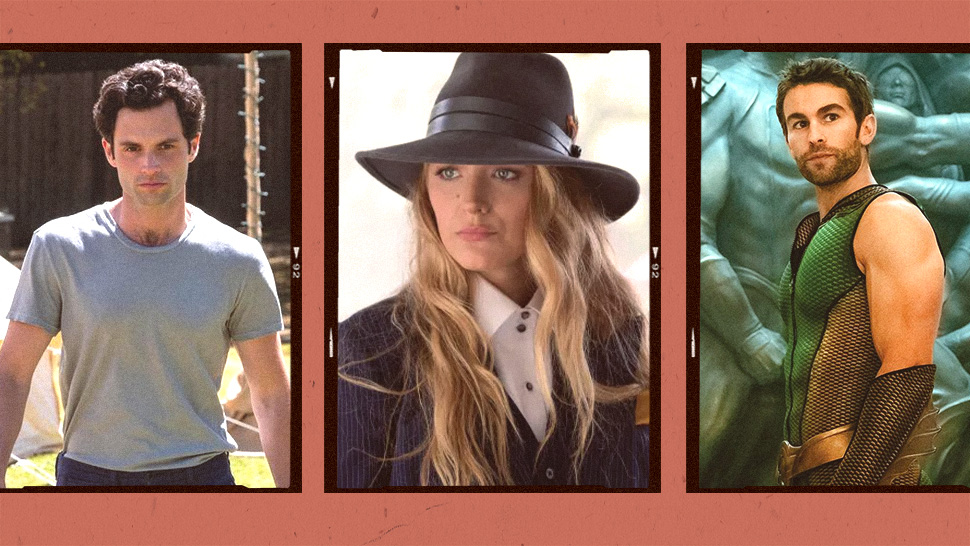 Just last month, first look photos of the new Gossip Girl cast were released, officially signaling a fresh band of scandalous Manhattan elite to follow around the city of New York. But before we dive into an all new GG reboot next year, we couldn't help but check up on the original cast that drove the teen drama to cult classic status less than a decade ago.

From Blake Lively to Penn Badgley, find out what the OG Gossip Girl cast has been up to ever since the show drew to a close in 2012.

After Gossip Girl catapulted Blake Lively to international stardom, the actress seamlessly transitioned into a film star. Since the wrap of GG in 2012, Blake has appeared in seven Hollywood films including The Age of Adaline, A Simple Favor, and Green Lantern, where she first met her now-husband Ryan Reynolds. They have three daughters together, namely James, Inez, and Betty.

Though Blake currently has no new projects slated for release, it seems she’s recently taken to focusing on charity work with her husband. Just this week, the couple were reported to have donated $500,000 in support of homeless youth in Canada.

Leighton Meester has kept an ample balance of film and TV roles post-Gossip Girl. Some of her more notable projects include court drama The Judge alongside Robert Downey Jr., and Life Partners with  Gillian Jacobs. She also made her stage debut back in 2014 after starring in the Broadway adaptation of Of Mice and Men. Her most recent projects include the crime drama film Semper Fi, and the sitcom Single Parents. Unfortunately, the latter was cancelled last May 2020 after just two seasons.

As for her personal life, the actress just gave birth to her second child with Adam Brody last September.

Apart from booking more film roles after Gossip Girl, Penn Badgley also ventured into music and established his indie-pop band Mothxr in 2013. Their debut album titled Centerfold was released in 2016. After keeping a steady stream of mildly successful projects under his belt, Penn found his way back under the spotlight when he signed on to star in the Lifetime and Netflix psychological thriller You. The series’ third and final season is set for release in 2021.

ICYDK, Chace Crawford guest starred in the 100th episode of Glee in 2014 as Quinn Fabray’s new boyfriend Biff McIntosh. Apart from this, his repertoire indicates that he’s mostly stuck to minor movie roles throughout his post-Gossip Girl career. That said, Chace finally top-billed an indie film in 2019 titled Nighthwaks, with Kevin Zegers and Janet Montgomery. He’s currently starring in the Amazon Studio-produced superhero series The Boys as the Deep, a superpowered individual who can talk to aquatic animals and breathe underwater.

Unlike his Gossip Girl co-stars, Ed Westwick’s career and personal life have definitely seen better days. The actor met a critical blow to his image after four women accused him of sexual assault and rape back in 2017, which included his Ladies Like Us co-star Kristina Cohen, who posted a disturbingly detailed account of the incident on her Facebook page. Ed denied all allegations, and the three cases against him were subsequently dropped due to “insufficient evidence.” Though he was supposed to star in the BBC adaptation of Agatha Christie's Ordeal By Innocence, the network dropped the actor due to the controversy. After the news died down a few years later, Ed went on to star in the war film titled Enemy Lines, which came out in the US last April 2020. His English sitcom, White Gold, is also currently streaming on Netflix.

After making a name for herself as Jenny Humphrey on Gossip Girl, Taylor Momsen eventually quit acting and exerted all her energy on her music career. She’s now best known as the front woman for the American rock band The Pretty Reckless. They’ve so far released three albums, with another one on the way next year.

The Best Serena and Blair OOTDs from "Gossip Girl"