LOOK: Here's How (and Why) Bela Padilla Decided to Uproot Her Life in Manila and Move to London|Read more »
Culture | By Jam Nitura - Feb 17, 2021

She has learned to ignore her haters. 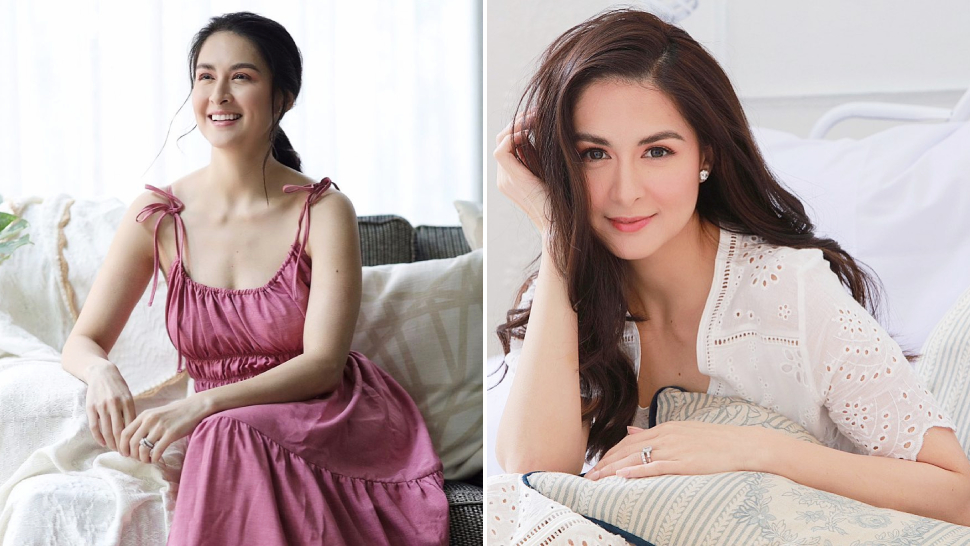 In case you haven’t heard yet, Marian Rivera is venturing into theater this 2021! The actress, best known for her onscreen roles in GMA teleseryes such as Marimar, Darna, and Temptation of Wife, just booked her first-ever play with Tanghalang Ateneo’s Password: 03d1pu5_R3x.

In an interview session with Summit Media, the actress discussed her participation in the project in great detail, but apart from that, she also got candid about her personal life, from her favorite kitchen appliance to how she handles haters.

Want to learn more about GMA’s darling? Below, we round up eight new fun facts we learned about the actress.

1. She never interferes with Dingdong’s hobbies.

2. Her favorite kitchen appliance is a waffle maker.

With Marian being an ambassador to a home appliance brand, have you ever wondered what her favorite kitchen tool is? Well, apparently the answer is a waffle maker, and it’s all thanks to her daughter Zia, who’s currently obsessed with pancakes. “Si Zia every day yan ang hiling sa’kin. Walang kasawaan ang anak ko sa pagpapaluto ng pancake!”

Has she jumped on the air fryer bandwagon like the rest of us, you might ask? According to Marian, she does have one at home but she only uses it sparingly. “Probinsyana ako. Mas gusto ko pa ‘ring lutong kawali na may mantika,” she admitted.

3. She tries to exercise at least thrice a week.

Don’t expect detailed exercise tips from Marian anytime soon. Apart from her job as an actress, she’s also too preoccupied with being a homemaker to stick to  a strict fitness routine. “Ang busy busy ko. Nagluluto pa 'ko. All around!” She also humorously quipped, “Ang sarap kumain”—and we couldn’t agree more! That said, Marian does try to squeeze in a quick exercise at least thrice a week, which includes jogging around their village with Dingdong or running on a treadmill at home.

4. She’s grown a thick skin and has learned to ignore her haters.

Every celebrity unfortunately has their own share of critics with too much to say. During the early days of her career, Marian was admittedly bothered by her haters, but she’s since accepted them as a consequence to her job, and has taught herself to ignore them now that she knows better. “Ang mga tao talaga ganun e. May masasabi at may sasabi sa’yo…Habang nagtatagal ka dito sa show biz, matututo at matututo ka. Hindi pwedeng balat sibuyas ka,” said Marian.

5. She was hesitant to take part in Tanghalang Ateneo's play at first.

Directed by Ron Capinding, TA's  Password: 03d1pu5_R3x is a modern adaptation of Sophocles’ Oedipus Rex. It’s also set during the pandemic, hence, the characters will be interacting through online video call. During the early stages of the project, Ron had originally pegged Dingdong Dantes for the role of Kreon, the vice president of the Philippines who goes up against President Edipo's reign. Upon careful deliberation though, he eventually went a different route and concluded that the role of VP should be portrayed by a woman, to keep in line with today’s situation. Hence, instead of inviting Dingdong to the project, Director Ron asked the actor to convince his wife, Marian, to take on the role.

6. She didn’t wear any makeup for her role.

Yep, you can expect a barefaced Marian during the play, along with the rest of the cast. “Ni-require nila na no makeup kami so wala akong makeup,” she revealed. With the ongoing pandemic, all of the actors were left to their own devices when it came to their appearance and wardrobe. Luckily, the script itself didn’t ask much from them regarding this aspect. “Yung buhok ko ginawa ko lang disente bilange bise presidente ako…hindi ito naging problema kasi marunong naman ako mag ayos sa sarili ko.”

7. She had a difficult time learning the script.

8. She’s dedicated to always staying honest with her kids.

Marian’s character in the play, Kreon, is a steadfast leader who makes sure to always stand her ground as she fights for justice. When asked how she instills the same ideals and characteristics to her daughter Zia, Marian shared that honesty is the best policy in their house.

Show dates for Tanghalang Ateneo’s Password: 03d1pu5_R3x are on February 22, 25, and 27, 2021. Tickets are sold at P150 for general viewing and P250 for general viewing coupled with a souvenir program. Tickets can be purchased through Tanghalang Ateneo’s ticketing partner, Ticket2Me, and these prices are inclusive of the platform’s transaction fee.

Did You Know? Heart Evangelista Struggled Financially In 2007 And Had Only 30 Pesos In Her Atm