SHOP: The Preview Beauty Bag Is Officially Here and It's the Ultimate Steal|Read more »
Culture | By Jam Nitura - Aug 27, 2021

"Money Heist" is returning for its final season. 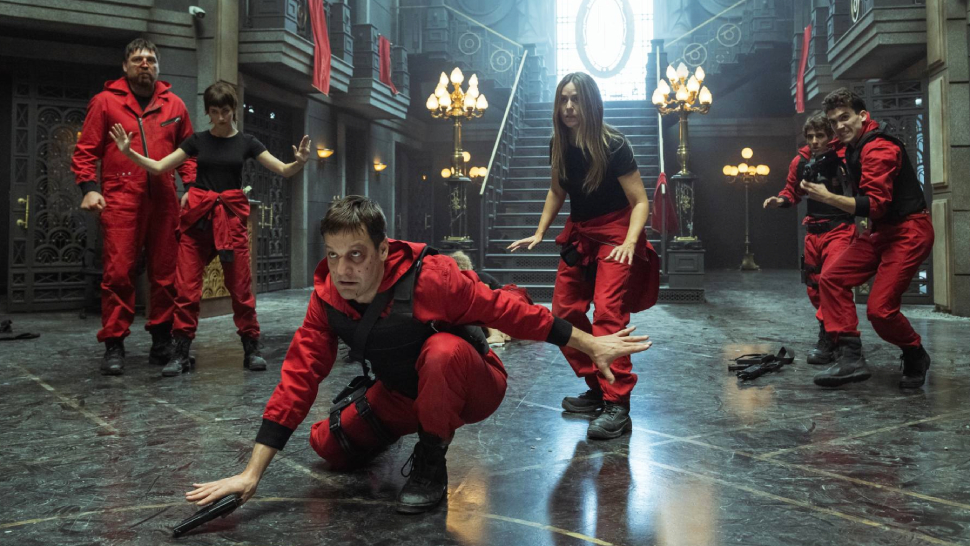 Update your watch list with 10 more Netflix releases this September, including the final season of Money Heist, and the upcoming Netflix Korean original thriller Squid Game.

The last installment of Money Heist is finally upon us. As per Netflix, the drama’s finale starts with the gang having been trapped in the Bank of Spain for over 100 hours, while the Professor is held captive elsewhere by Sierra. To make matters worse, a new enemy much more powerful than any they’ve faced arrives on the scene: the army.

Otis and his gang of precocious classmates are back for yet another season of Sex Education. When the new head teacher catches wind of Moordale’s “sex school,” she stops at nothing to set her rambunctious students straight. Meanwhile, Otis attempts to lay low while hiding his secret hookup.

Social divisions within a small, isolated island is amplified when a charismatic priest settles into their town. Religious fervor amongst the locals reaches a new peak when his arrival kickstarts both frightening omens and miraculous events, not knowing that the latter may come at a price. FYI, this upcoming horror series was made by the same creator of The Haunting of Hill House.

After arriving in Bangkok, a man named Wanchai joins the city’s road rescue service. He finds more than he bargained for when he uncovers a city-wide conspiracy with the help of a journalist.

In the midst of a pandemic, a political science major and a part-timer working as a delivery rider butt heads on social media. But what happens when their hostility towards each other eventually morphs into feelings they never expected to catch?

Afterlife of the Party (September 2)

Cassie is a social butterfly who lives to party. However, her life is cut short when tragedy strikes on her birthday week. Now a restless soul, she’s given the chance to right her wrongs on Earth if she wants to earn her wings.

When a ruthless assassin in Tokyo is unknowingly slipped a fatal poison, she has 24 hours to find who ordered the hit and get her revenge. Her mission soon proves vital after she befriends the young daughter of one of her past victims.

In this dark fantasy drama, a boy’s obsession with scary stories catches up to him when a young evil witch imprisons him in her New York City apartment. Desperate to escape, he offers to tell the witch a scary story every night with his newfound friend, lest they risk being trapped there forever.

A couple’s move into their dream home turns into a nightmare when they experience a deadly break-in. Traumatized, the wife, Meera, is suspicious of everyone around her in the aftermath. While attempting to investigate the crime herself, she soon learns that the real danger is just beginning.

You'll Love All The Quirky, Artisan Cakes From This Korean-inspired Bakeshop