JUST IN: Jinkee Pacquiao Is One Glamorous Ninang at a Wedding Wearing Accessories Worth at Least P10 Million|Read more »
Culture | By Anton Reyes for Spot.ph - Oct 6, 2022 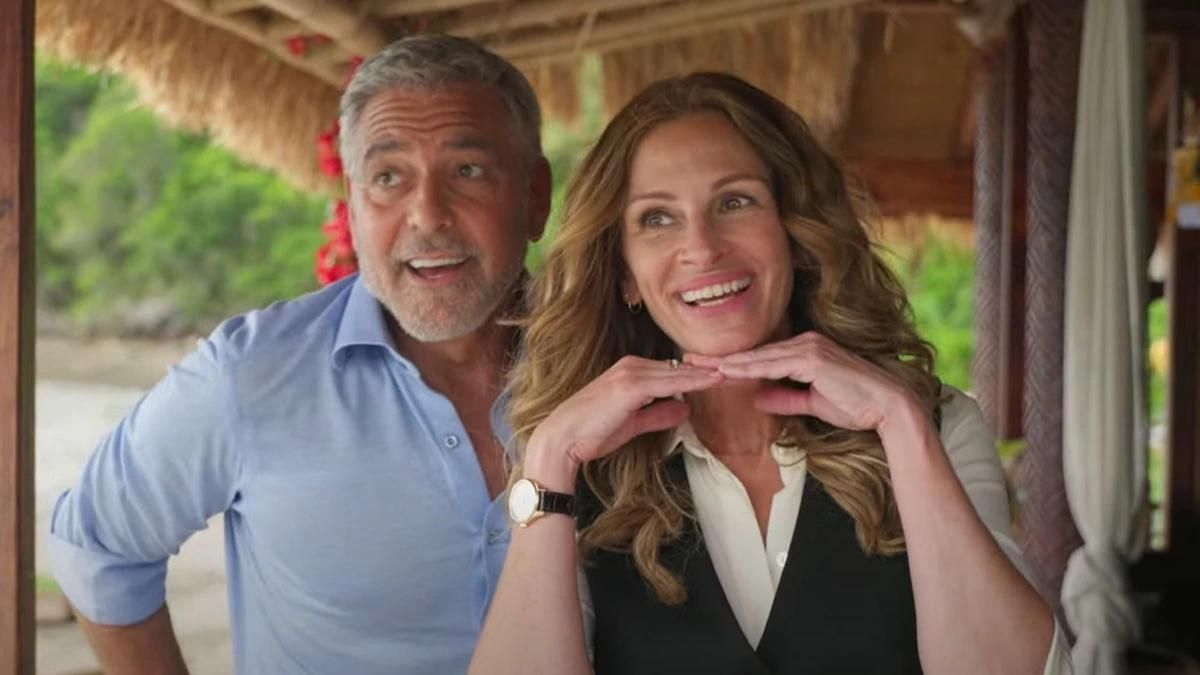 IMAGE Ticket to Paradise/Universal Pictures
Featuring the Julia Roberts and George Clooney rom-com we've all been waiting for!

Spooktober is finally here and lovers of the Halloween season know that no place provides better tricks or treats this time of year than the cinema! This year in particular won't have movie theaters looking like the ghost town it was during the years of the pandemic, as every week in October will see the unveiling of an exciting new title.

From celebs such as Viola Davis leading an army of the most elite and all-female warriors of 19th Century Africa to Dwayne "The Rock" Johnson's thunderous debut within the DC Extended Universe to—unsurprisingly—a couple of October horror movies that'll shove shivers (or blades) down your spine, get ready to scream "It's alive!" when heading out to the cinemas this month.

Here are the new movies now showing in PH cinemas this October:

Think Black Panther or Avengers: Infinity War's elite tribe of all-women warriors, but now with more covert ops and makeshift weapons--that's exactly what you're getting with The Woman King. From The Old Guard director Gina Prince-Bythewood, this historical epic based on the very-much-real Agojie (or the "Dahomey Amazons") has Viola Davis, Lashana Lynch, and John Boyega star in a more elemental and raw action-thriller. We consider ourselves a simple bunch; just promise us sick action choreography and Davis cry-yelling at people, and we'll be there opening day!

Slowing down the pace from action-epic to romantic comedy, we have the Ocean's and Money Monster reunion that we've unapologetically been waiting years for! George Clooney and Julia Roberts star as divorced parents in this somewhat reversal of Mamma Mia and The Parent Trap, as the pair plot to sabotage their own daughter's Bali wedding in the hopes she doesn't marry the wrong person and commit the same mistakes they did when they were younger.

The Spooktober season in cinemas begins with Halloween Ends, the lucky number 13th (and supposedly final) installment of the Michael Myers slasher franchise. Like what you'd expect from the Halloween franchise, people are going about the scary season without care when—surprise, surprise—Michael shows up seemingly back from the dead and starts ripping into teenagers with a kitchen knife. The series, as of late, has seen even more twisted fun with Jamie Lee Curtis' trowma-ridden Laurie Strode now fighting back against Michael, like Linda Hamilton from Terminator 2.

Yup, this month will see the release of the musical comedy starring Javier Bardem, Crazy Rich Asians' Constance Wu, and Shawn Mendes as a talking and singing saltwater crocodile. Based on the children's books by Bernard Waber, Lyle, Lyle, Crocodile is brought to us by Blades of Glory directors Speck & Gordon. It already genuinely looks like an entertaining lighthearted film that'll "Treat You Better" than most other comic fare released on streaming.

Black Adam has been a passion project for the good ol' The Rock for what feels like over a decade now. The professional wrestler-turned-actor looks to be bringing his unique sense of showmanship and myth-making to this relatively overlooked DC Comics character, so we're curious to find out what he does with the supervillain. Plus, Johnson's got Pierce Brosnan as a spectacularly adapted Doctor Fate, Noah Centineo as Atom Smasher, and the rest of the Justice Society of America backing him up in the feature film, so hopefully the film allows for a future, wherein the rest of the epic side of the DC Extended Universe gets to be explored.

Prey for the Devil

Rounding out the month with the premiere closest to Halloween, we have the straight-up supernatural horror film Prey for the Devil. The film itself specifically plays with the wickedly delicious premise of exorcisms, as its plot centers around the rare nun who is taught to perform the discipline typically reserved for priests. Leave your prayers at the door!

10 Heartwarming Family Movies to Watch if You Enjoyed "Encanto"