JUST IN: Jinkee Pacquiao Is One Glamorous Ninang at a Wedding Wearing Accessories Worth at Least P10 Million|Read more »
Culture | By Kim Alexine Victoriano - Dec 18, 2021 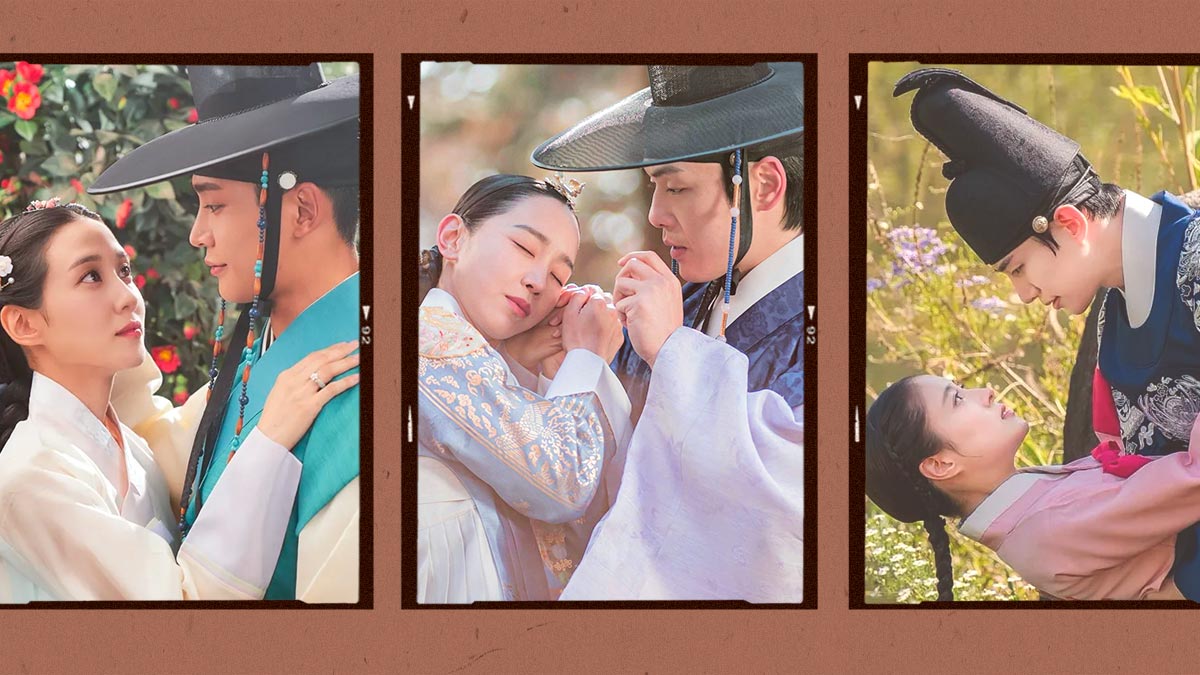 The last two years has seen a significant rise in K-Drama viewers. With that, it’s almost coincidental that  a slew of historical shows with diverse narratives have been released on various streaming platforms, captivating audiences into learning more about the rich background of Korean culture through unique storylines. We recently covered some of the best Korean period shows to watch from the past years, so this time around, we’ve gathered up a list of 10 news ones that came out in 2020 and 2021. Get into your coziest attires as you surely wouldn’t want to miss a second of any of these shows.

What happens when the soul of a modern day man finds its way into the body of a queen from the past? Hint: absolute chaos and hilarity. In Mr. Queen, Jang Bong-hwan is a chef employed in the Blue House (the official residence of Korea’s head of state), who one day wakes up in the body of Queen Cheorin from the Joseon period.

State examination top scorer Sung Yi-gyum gets involved in a gambling incident. Due to this, he undergoes punishment and is reassigned from his position in the government office to becoming a secret royal inspector now tasked to handle investigations on corruption amongst public officials. In his new post, Yi-gyum works alongside a female inspector named Hong Da-in, and his assistant, Park Chun-sam. Together, they uncover various cases laid out throughout the series.

Twins born during the Joseon dynasty were considered inauspicious, especially if they’re born into a prominent family. When the Queen Consort births twins, both children grow up to lead different lives, as the daughter, Da-mi, is secretly sent away in order to live, while the son, Lee Hwi, is groomed to become King. However, when an unfortunate incident takes the life of the crown prince, Da-mi must return to the palace and assume her late brother's position and identity for the rest of her life. This soon proves difficult in her adult years when she develops feelings for her returning first love, who has in turn become her teacher.

Based on characters from a classic Goguryeo folktale, the love story between Princess Pyeonggang and On Dal is brought into focus in River Where the Moon Rises. Raised by assassins, Princess Pyeonggang learns the truth about her lineage and sets off on a quest to win back her rightful claim to the throne, which is ridden with corruption under the rule of another leader. Through this, she crosses paths with On Dal, a man who’s the polar opposite of Pyeonggang. As their story takes its course, On Dal finds himself disregarding his principles in order to keep the warrior princess safe, but soon discovers the challenges this entails when the battle for the throne unfolds.

Based on a novel of the same name, The Red Sleeve tells the tale of a royal court romance during the Joseon period between the emotionally scarred Crown Prince Yi San and Seong Deok-im, a free-spirited court lady who captures the future king’s heart.

When Choi Chun-joong, a well known fortune teller, joins forces with the princess, Lee Bong -ryeon, they discover that their natural abilities to see into the future entails them to save and change the fate of Joseon.

Set in the 1980s amidst Korea’s historical Gwangju Uprising, a love story unfolds between a Seoul National University medical student named Hwang Hee-tae and Myung Hee, a young nurse. As the two grow closer, they’re caught in the crossfire of a torn nation crying for democracy.

This fantasy drama takes place in the Dan dynasty, a time when mythical creatures roamed freely amongst mortals. Amidst all this, romance blossoms between a female painter named Hong Cheon-ki and an astrologer named Ha Ram. An accident causes Ha Ram to become blind in his youth, however, despite his disabilities, Cheon-ki still finds herself falling in love with him.

Ra Yi-eon, who dreams about owning a dumpling restaurant, finds himself in a unique position when he's hired as a secret royal inspector upon passing the national examination. With his new occupation, his life changes when he meets Kim Joy, who works alongside him. Kim Joy is unlike most women in the Joseon period as her undying curiosity and progressive ideals prove she’s way ahead of her time. Together, they work on secret missions and expose corrupt government officials.

A prequel to the first season of the highly acclaimed fantasy saga, Kingdom, this special episode revolves around the narrative of a woman taking vengeance for the loss of her tribe. As the story heavily focuses on Ashin’s identity, the story unveils the real reasons behind her turning her back on the Kingdom of Joseon.