LOOK: Here's How (and Why) Bela Padilla Decided to Uproot Her Life in Manila and Move to London|Read more »
Culture | By Jam Nitura - May 8, 2020

Get in some much-needed bonding time with your mom. 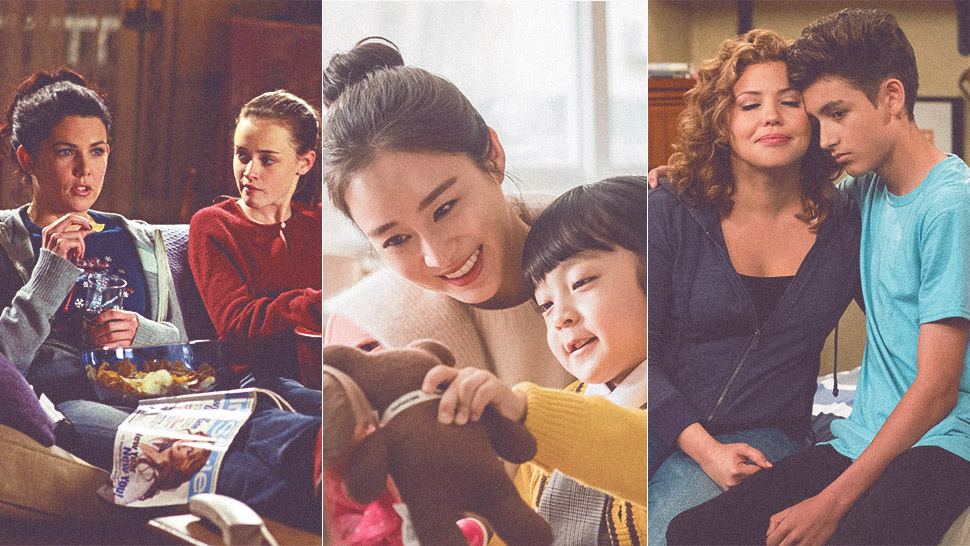 With Mother's Day just around the corner—it's May 10, Sunday, for those who've lost all sense of time—what better way to celebrate at home than by binge-watching on Netflix with your momma. In the spirit of celebrating the special women in our lives we've rounded up eight riveting series featuring some of the best moms on television. From hilarious sitcoms, heartbreaking tearjerkers, to fantastical dramas, there's something guaranteed for your mom's every mood.

The acclaimed heartbreaker of the year, Hi Bye, Mama is the perfect late night watch for when you and your mom feel like embarking in an absolute cry-fest. Starring Kim Tae-hee, the series follows the diseased Cha Yu-ri who passed in a tragic accident. Having walked the earth for five years as a ghost while looking after the husband and young daughter she left behind, she's suddenly given the chance to live again if she can find her place back in her family in the span of 49 days. The job is easier said than done when everyone's seemingly moved on and your own daughter recognizes a different woman for a mother.

Gilmore Girls is practically a shoe-in for this list. Who could forget about spunky, single mom Lorelai Gilmore as she brings up her only daughter Rory in the quirky, close-knit, fictional town of Stars Hollow. Having run away from a complicated relationship with her own parents, Lorelai, along with her impressively precocious daughter, set out for a more independent life while navigating their own relationship together.

When she fnds out her daughter suffers from constant bullying at her school, former delinquent and resident troublemaker Jo Gang-ja enrolls back in high school with a fake name to protect her. During her time, she soon learns that the institution's problems run deeper and darker than anything she could have imagined.

When the son she gave up for adoption shows up at her door asking for help ten years later, Emma Swan finds herself driving to the fictional town of Storybrooke. A secluded, magical place, its scarce population is made up of the fairytale characters of our childhood who've been transported to the real world after a curse fell upon their fantastical land. Prophesied to be their Savior, Emma quickly gets entrenched in the problems of Storybrooke's townspeople all while she tries to develop a relationship with her ten-year-old son, Henry, who now has Regina Mills, a.k.a. the Evil Queen, for a surprisingly caring and overprotective mother.

Penelope Alvarez is the feisty, headstrong matriarch of One Day at a Time's Cuban-American family. A recovering war-veteran and nurse on the show, she's a badass mom with all the guts and tenderness needed to manage a bustling little home, and kids going through the complexities of puberty. Her own mother, Lydia Riera, or abuelita, is another reason to watch this diverse family sitcom. A passionate and proud Cuban, Lydia's fiery yet loving personality holds the show's comedic heart.

Laugh out loud on the couch with your own momma while binge-watching Workin' Moms. With a title that speaks for itself, the Canadian sitcom follows the lives of four moms and unlikely friends as they navigate the unhinged world of motherhood all while in pursuit of their own self-fulfillment.

The Crown may not exactly have a mother-child dynamic at its core, but the series is worth the watch, not just for the regal and glamorous costumes or the rich history it depicts, but for the strong-willed mothers portrayed throughout the current British royal family's reign. While the matriarchal roles of both Queen Elizabeth II and Queen Elizabeth The Queen Mother are both given ample screen time, an underrated gem within the series's third season is it's moving episode on Prince Philip's estranged mother, Princess Alice of Battenberg. Tortured in her younger years and sent to a sanatorium for schizophrenia, Princess Alice was stripped from her family, and along with this, the chance to be a proper mother. Despite having lived through the horrors of her youth, she devoted her later years to founding a sisterhood of nuns who took care of the poor in Greece. Strange as she was perceived to be, her life was nothing short of inspiring.

10 Feminine Fragrances That Are Perfect for a Mother's Day Gift