JUST IN: Jinkee Pacquiao Is One Glamorous Ninang at a Wedding Wearing Accessories Worth at Least P10 Million|Read more »
Culture | By Yani Mayo - May 10, 2021

IMAGE W: Two Worlds/MBC, Peaky Blinders/BBC
Find out what show you're most likely compatible with!

Have you ever started watching a Netflix show but found yourself dropping it because it simply wasn’t your type? With all the content on the streaming platform, we don’t blame you, especially when you feel like you can always find something better anyway. However if, like us, you’d rather not waste your time scrolling endlessly through Netflix, how about picking a series based on your zodiac sign, instead? Who knows, you might just have a better chance at actually liking and finishing a TV show this time around.

Check your zodiac sign below and see our suggestions for your next binge session:

Watch: We Are The Champions

Symbolized by the ram, Aries signs charge straight on. Backing down from a dare is beneath them as they thrive in challenging situations. Because of that, our Aries friends might enjoy this quirky show titled We Are The Champions. It’s a Netflix documentary and game show about out-of-the-ordinary competitions from all over the world! Want to see people duking it out in a chili eating contest or cute pooches prancing around for a trophy? This show will not disappoint. Surely, the mix of excitement, passion, and peculiarity will peak the interest of this ambitious sign.

Relaxation, serenity, and softness are a few words to describe the wants of a Taurus. Our homebody friends just want to cuddle in comfy sweats. Additionally, their ways are set in stone and they’re also very dependable. So for the Taurus readers out there, here’s a show that combines your love for easy watching but also puts you out of your comfort zone—100 Humans: Life Questions, Answered. 100 people volunteer to be guinea pigs in lighthearted experiments about love, happiness, and other human experiences. Prepare to be amused, weirded out, and touched all at the same time! Tauruses will appreciate the show’s loose vibe while opening up to a variety of perspectives. As you start watching, go in with an open mind, zero assumptions, and a soothing cup of tea.

Geminis are the best sign, according to them! They bloom in different situations and do not mind being the center of attention. Curiosity becomes them as they are skilled communicators. When Geminis get the time after hopping from one hobby to another, RuPaul’s Drag Race should be their next binge. The competition show has a little bit of everything from humor, to sass, to intellect—the perfect combination for a Gemini! Drag Queens suit up in this game show filled with twists and turns, while unveiling their talents and true personalities. While the stars are painting their faces, Geminis will love listening to their life stories and learning the ins and outs of drag culture. With its addictive 14 seasons and spin off shows, it might be enough to get a Gemini to drop everything and finally sit down!

The most intuitive of the signs, the Cancer is versatile and sympathetic. They are very in tune with their emotions. That being said, don’t break a Cancer’s heart because they’re extremely loyal. You might be forgiven but trust that they will carry your mistake to the grave! Cancers will definitely relate to Nick Miller of New Girl especially since he shares the same sign! New Girl is a sitcom show centered on Jess who moves into an apartment filled with peculiar men. During her stay, Jess and her roommates try to adjust to each other’s polar opposite personalities as they ride the roller coaster of life. While hilarious, the characters are also relatable so prepare to fall in love with each of them. Careful though, you might see yourself more in Nick than you care to admit!

Bow down to royalty! Leos adore the spotlight and their dazzling personality ensures that eyes will always be on them. With that, Leos will love Dynasty’s Fallon Carrington. Fallon, played by Elizabeth Gillies, is the heiress of a large corporation and will do anything to keep her empire— all while rocking in heels! Furthermore, as two of America’s richest families in the show fight over power, we’re treated to excessive fashion, luxury, and even musical numbers! Get ready for glitz, glam, and a lot of scheming suitable to keep a Leo’s attention.

Watch: Get Organized with The Home Edit

The neat and analytical minds of Virgos will find joy in watching Get Organized with The Home Edit. Their perfectionist tendencies will be put to ease as they watch expert home organizers Clea and Joanna spruce up client’s homes to create practical and aesthetically pleasing spaces. Every detail is accounted for while Clea and Joanna look for various solutions to rearrange areas. Just watching them do makeovers already gives us a sense of productivity! This will tickle the fancy of Virgos especially since they relish in creating systems with their millions of ideas. Good news, if you can’t get enough of it, another season is coming soon!

Represented by the scales, Libras make an effort to see all sides of the story but are indecisive at the same time. Their empathy fuels their need for connectivity. All things considered, Indian Matchmaking hits the mark, giving Libras a glimpse of the intricacies of love in India. Matchmaker Sima, tries to mediate between families and individuals to create compatible couples. She refers to astrology, her client’s standards, and their family’s requirements while managing expectations and maintaining balance. Encapsulating a Libra’s personality, the reality series showcases themes of relationship building and conflict avoidance with various personalities.

If we had a friend that could rock a leather jacket even on hot days, they would probably be a Scorpio. Their piercing eyes can peel back anyone’s defenses but when it comes to getting to know them, we’re met with complexity and mystery. Given that, a well-written show with elaborate characters is something you might enjoy, so dedicate your weekend to starting Peaky Blinders! In the midst of 1919 Birmingham, England, the infamous Peaky Blinders gang tries to move up society’s ranks with boss Tommy Shelby taking no prisoners. His tough exterior is frequently misunderstood as a selfish quest for power when he’s actually highly motivated by love. Moving past the crime and violence, you discover striking characters who are intensely loyal to their family. Also, The Queen’s Gambit star Anya Taylor-Joy joins the cast in the latter part of the series!

The archer is on an endless quest for intellect and adventure. Therefore a Sagittarius friend would make a great travel buddy! But while we can only explore through our screens for now, Sagittarius should dip their toes in the series Amazing Hotels: Life Beyond The Lobby. While watching, we discover what makes famous hotels tick with restaurant critic Giles Coren and renowned chef Monica Galetti. The hosts get their hands dirty and work alongside the staff while uncovering what most tourists never see. Sagittariuses will have a blast learning about different cultures and lifestyles through this docuseries!

Capricorns see only one thing—success. Chasing their dreams means doing so with all their might and not letting anyone get in their way. Driven by duty, they remain indifferent towards other people’s opinions and are in constant competition with themselves. It takes a while to get a Capricorn to open up but they are reliable and responsible either way. For a Capricorn’s rest day, binge watching The Bold Type will complement them nicely. The Bold Type centers on three best friends working for Scarlet Magazine, a famous fashion title based in New York. While these empowered women make space for themselves, they use their platform and talents to tell the stories of the voiceless. Heading to its last season, The Bold Type delves deep into identity, friendship, and relationships. In contrast to the seriousness of a Capricorn, the series offers humour and lightness for a great treat at the end of the day.

Watch: Never Have I Ever

Living in their own worlds are the Aquarius-born. Popularly known as the outcasts among the zodiacs, their abstract view on life actually makes them charming! They’re original and imaginative, much like Devi in Never Have I Ever. Similar to an Aquarius, Devi longs for freedom and goes against the grain. Prepare yourself to share her woes and embarrassments as she strives to become cool in high school. It won’t be easy though as her family and friends conflict her need for individuality and experimentation. Does that sound familiar, Aquarius friends?

Pisces float between reality and fantasy. Represented by the fish, they flow through life and dislike boundaries. With their excessively romantic tendencies, they would rather live in a dream. Accordingly, to grant their wishes is the fantasy K-Drama W: Two Worlds Apart. After suddenly being pulled into the webtoon W, Yeon-joo, daughter of the author, meets Kang Chul, the main character of the story. There, she saves his life and develops a connection with him, but maintaining their budding relationship proves to be difficult when they live in two separate realities. Things get more complicated when a murderer from the past returns to finish what he started years ago. Transcending real world boundaries, the characters jump to and from the webtoon. This will keep Pisces at the edge of their seats, wishing that reality jumping was possible in real life, too! 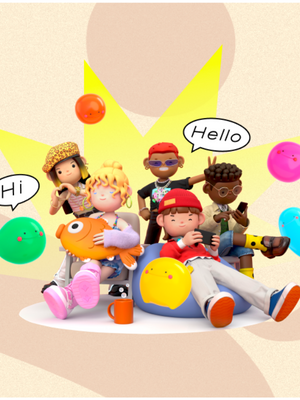 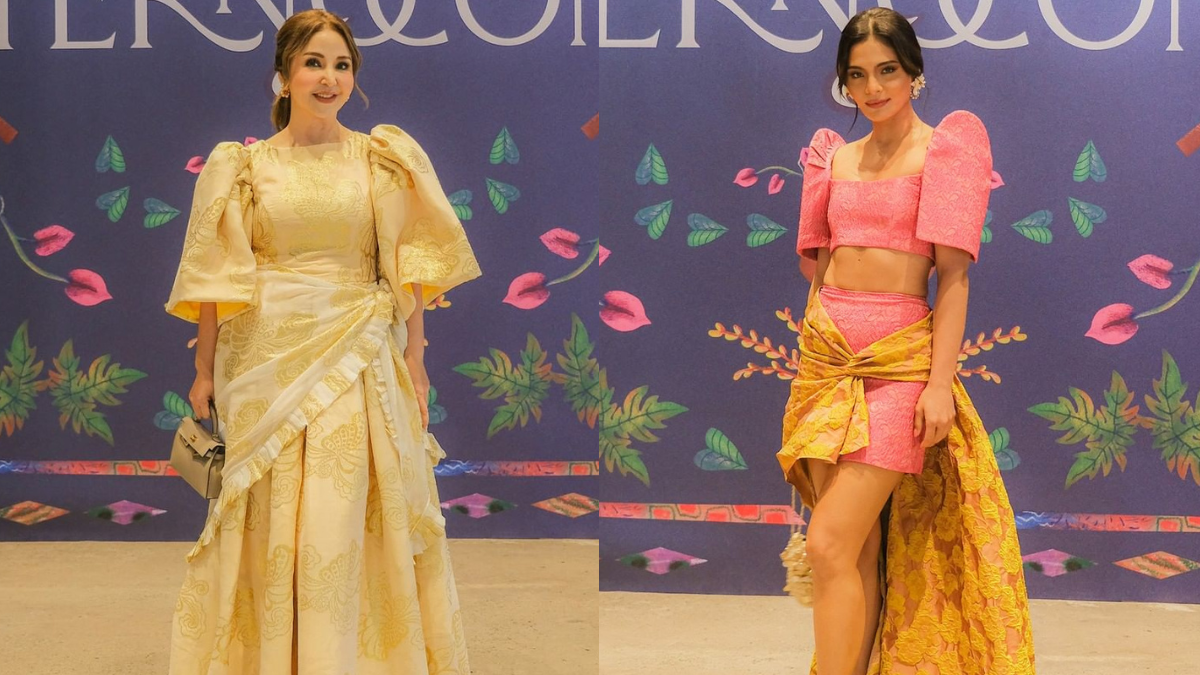 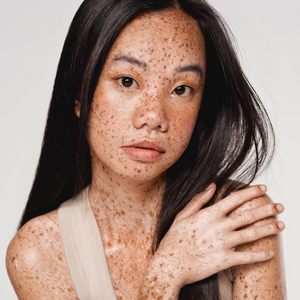 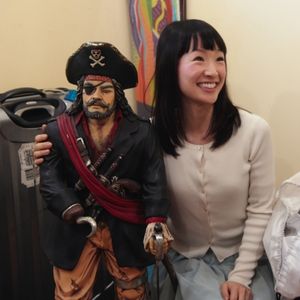 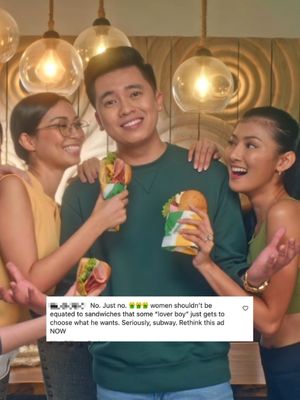 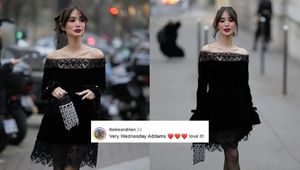