SECRET IS OUT: The Popular Beauty Products You Can Find in the "Hot Girl Tote Bag" Tiktok Trend|Read more »
Culture | By Jam Nitura - Jun 30, 2020

You can finally watch "Little Women" on your laptop screens! 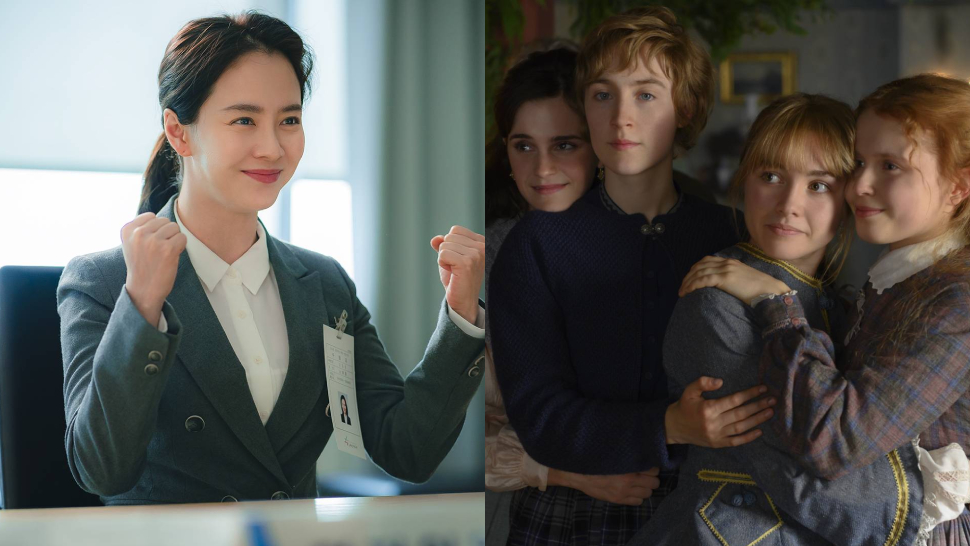 Update your watch list this July with 10 more exciting Netflix releases, including the multi-award winning 2019 adaptation of Little Women, and the much-anticipated Japanese horror series Ju-On:Origins!

Based on the best-selling 1973 science fiction novel by Sakyo Komatsu, Japan Sinks follows a family of four left to fend for themselves and their survival after a series of earthquakes throws the archipelago into utter chaos.

A covert team of immortal mercenaries tasked to to protect the mortal world scramble to keep their extraordinary abilities hidden when an opposing group threatens to expose, replicate, and monetize their powers.

In the sequel to The Kissing Booth, Elle learns to navigate a long distance relationship with Noah in Harvard, after a romantic summer together. However, her dreams of a steady love life as she enters senior high school is hampered by her changing friendship with Lee and her attraction to a new classmate.

An orphaned nineteen-year-old wakes up in a morgue with a second chance at life and supernatural abilites to boot. The catch? She's now tethered to an ancient order of demon-hunting nuns tasked to protect humans from the monsters of hell down below.

This modern adaptation of the popular '80s series stays true to the original Baby-Sitters Club novels. As per Netflix, the the show of the same name "follows the friendship and adventures of Kristy Thomas, Mary Anne Spier, Claudia Kishi, Stacey McGill, and Dawn Schafer as the middle-schoolers start their babysitting business in the town of Stoneybrook, Connecticut."

The Grudge is returning with a full-fledged series to scare the pants off us! According to Netflix the horror show's first season is set to span six episodes as it follows a paranormal researcher in pursuit of a cursed home where something terrible happened to a mother and her child long ago.

Could Was it Love? provide us with our newest K-drama rom-com obsession? We can't wait to find out! The series revolves around a single mother of 14 years who's long given up on love. Enter the four very different men who all coincidentally walk into her life at the same time, and end up helping her rediscover the true meaning of romance.

Cursed paints a reimagining of the classic Arthurian Legend that features familiar characters like Merlin, Lancelot, and the titular King Arthur. That said, instead of having the three aforementioned men take on the lead, the series revolves around a woman instead, namely Katherine Langford as a fearless enchantress named Nimue. She's described by Netflix as “a young woman with a mysterious gift who is destined to become the powerful (and tragic) Lady of the Lake.”

Michaela Choi is an aspiring musical actress with the extraordinary ability to see other people's life spans while also fully aware of her own limited time on earth. Everything changes when she meets Lee Do Ha, the chief director of a cultural foundation, who unknowingly stops Michaela's life clock whenever she's near him. Hoping to stay alive and see her acting career through Michaela stops at nothing to keep Do Ha by her side.

Here's What You Need to Know About Netflix's New Heartwarming K-Drama "Was It Love?"