JUST IN: Jinkee Pacquiao Is One Glamorous Ninang at a Wedding Wearing Accessories Worth at Least P10 Million|Read more »
Culture | By Katrina Maisie Cabral - Oct 30, 2022 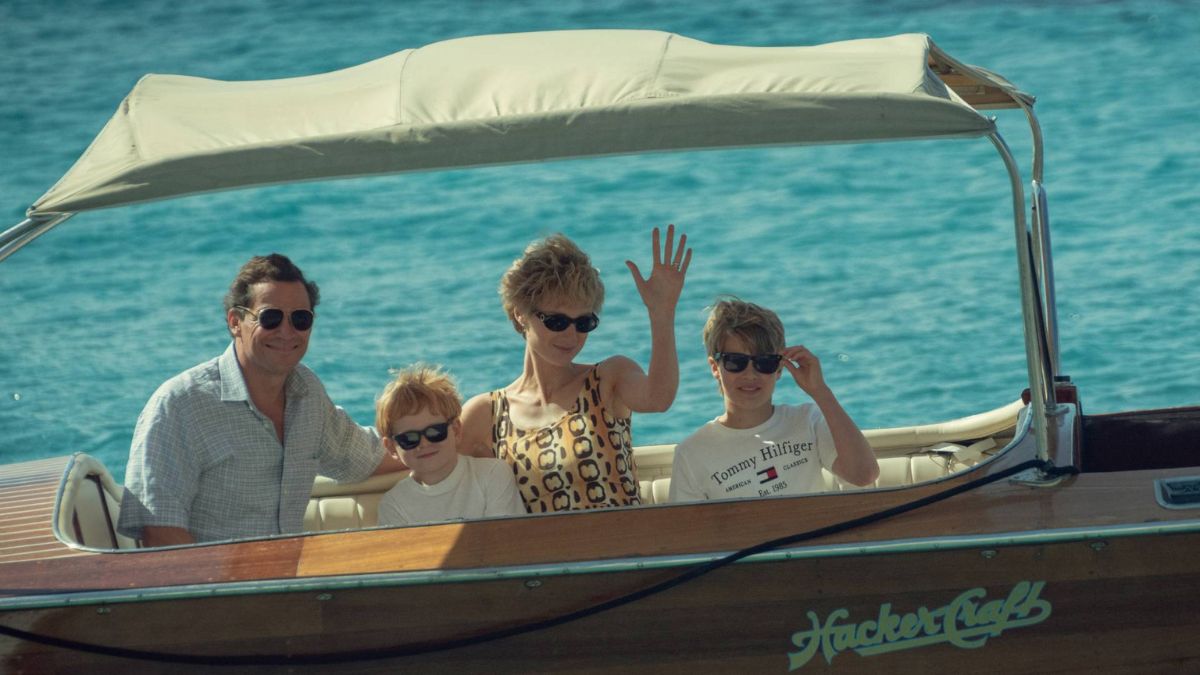 IMAGE The Crown/Netflix
Catch a new season of “The Crown,” a fashion-centric K-drama, and Lindsay Lohan’s movie comeback!

Christmas comes early in November over on Netflix, as the streaming site offers a round of advanced gifts for film and TV spectators. On this particular present list? A '90s Princess Diana-starring season of The Crown, Lindsay Lohan’s movie comeback, and all-new mysteries from Enola Holmes and Wednesday Addams. Scroll on to see more!

Backdropped by the bustling fashion industry of Seoul, South Korea, a group of friends juggles demanding jobs, romantic dilemmas, and a raving nightlife, all while rubbing shoulders with the city’s fashion elite.

The Ivana Alawi-starring soap opera heads to Netflix screens, where she fills the role of Cherry Red Magwayen, a woman at the center of an inheritance dispute and romantic entanglement between the four wealthy Estrella brothers.

Behind Every Star (November 8)

Extraordinary Attorney Woo’s quirky best friend Joo Hyun Young returns in a new K-drama, this time as a talent manager in the fictional agency Method Entertainment. Here, four agents–veterans and rookies alike–tackle office politics while helping their celebrity clients shine. Fun fact: The drama is an adaptation of the hit French series Dix pour cent, which will also be adapted in the Philippines starring Angel Locsin.

More intrigues await the British monarchs in the fifth awaited installment of The Crown. The all-new cast sheds light on the United Kingdom’s tumultuous royal history in the '90s, as Diana and Charles wage a media war in the wake of their failing marriage.

The Addams Family’s resident goth gal gets a contemporary update in the new series of the cult classic horror franchise. Now a student in the spooky Nevermore Academy, the smart and sarcastic Wednesday finds herself as the investigator of a mysterious murder spree, where she spots new friends and foes along the way.

The teen sleuth is back for another bewildering case she’s sure to crack. In the sequel to the 2020 film, Enola Holmes is deadset on detaching herself from the shadow of her brother Sherlock as a detective in her own right. To do that, she’ll have to solve the mystery of a missing girl–and the larger web she might just fall into.

Christmas comes early for the early noughts film fans as Lindsay Lohan makes her movie comeback as a newly engaged spoiled heiress, who soon loses her memory after a skiing incident. Fortunately, a down-on-his-luck widower and his daughter take her under their wing just in time for the holidays.

Christmas With You (November 17)

Favorite '90s leading man Freddie Prinze Jr. also returns for his first rom-com in 20 years. In the Christmas flick, he plays opposite Aimee Garcia’s Angelina, a popstar who grants a young fan’s holiday wish to meet her just when she’s on the brink of career burnout.

Alongside a larger-than-life outlaw, a brave young orphan ventures into the land of dreams and nightmares to find a pearl able to grant her lifetime wish.

PSA: You Can Now Get Netflix in Filipino

Shares
Share
Tweet
View other articles about
Lindsay Lohan,  Wednesday Addams,  netflix,  The Crown,  netflix release,  the crown season 5,  Wednesday,  the fabulous,  enola holmes 2,  november 2022,  A Family Affair,  Behind Every Star,  Falling for Christmas,  Christmas With You,  Slumberland,
More Videos You Can Watch
Most Popular