None of them can match Esther though! 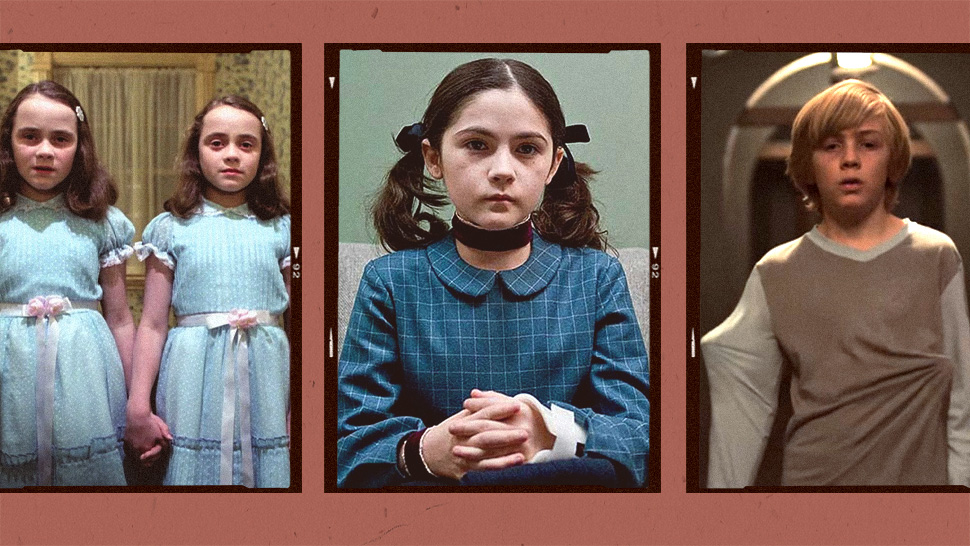 So you've probably heard that the iconic horror film Orphan, which was released in 2009, is going to have a prequel! What's wrong with Esther, you ask? The film is about a family who adopts a little girl named Esther (Isabelle Fuhrman), who turns out to be an adult woman with primordial dwarfism who escaped from a mental hospital. While we're waiting for more Esther content, there's a whole bunch of horror movies about scary children out there (although I'd have to say that none of them can match Esther). Here, we listed down 10 which you can stream on Netflix:

The scary child: Eli and friends

11-year-old Eli has a rare disease that restricts him from enjoying the outdoors. Desperate, his parents bring him to a secluded medical facility where Eli undergoes "experimental therapy" and begins to see scary visions.

When a couple called the Thorns adopt a little boy named Damien, horrific things begin to happen! This film is a remake of the 1976 horror classic.

A murdered little girl + a well + a cursed videotape that kills everyone: what more could you ask for? Daveigh Chase, who played Samara aka Sadako in the movie, is now 30 years old and has had several run-ins with the law.

The scary child: The Grady Twins and Danny

Remember this line? "Hello, Danny. Come and play with us. Forever, and ever, and ever." Yup, this cult classic will forever and ever haunt us in our dreams.

What could be more horrifying than a ~killer toddler~? This movie tells the story of a burial ground that brings the dead back to life. When the Creed family's youngest child Gage is hit by a truck and dies, his father is faced with a big decision that has sinister consequences.

The scary child: All the child actors (for some reason)!

We're sure you've seen all the memes about this film! It's also a very popular Halloween costume. Netflix tells us: "When children begin to disappear in the town of Derry, a group of young kids are faced with their biggest fears when they square off against an evil clown named Pennywise, whose history of murder and violence dates back for centuries."

If your heart can't take straight-up horror films, this horror-comedy could be the one for you. A newly-married man is worried that there's something wrong with his stepson Lucas, and even suspects that Lucas might be...the antichrist.

The film's Netflix description reads: "Tortured by frightening dreams at night and a young boy's ghost during the day, a teen turns to a spiritual adviser for help."

An unpopular and bullied teenager vows to get back at her classmates by ruining prom night! This movie is based on the Stephen King novel which was published in the 1970s.

This movie is loosely based on a true story! The main character Emily Rose was inspired by Anneliese Michel, who "suffered extreme ailments that she claimed stemmed from multiple demons possessing her." Anneliese reportedly perished as a result of failed exorcisms.

In the latest adaptation of The Grudge, eight-year-old Zoe Fish landed the role of "ghoulish Melinda Landers" after she told a scary story during her audition! The little girl's transformation into a ghost took about four hours in the makeup chair.