JUST IN: Jinkee Pacquiao Is One Glamorous Ninang at a Wedding Wearing Accessories Worth at Least P10 Million|Read more »
Culture | By Katrina Maisie Cabral - Jan 11, 2023 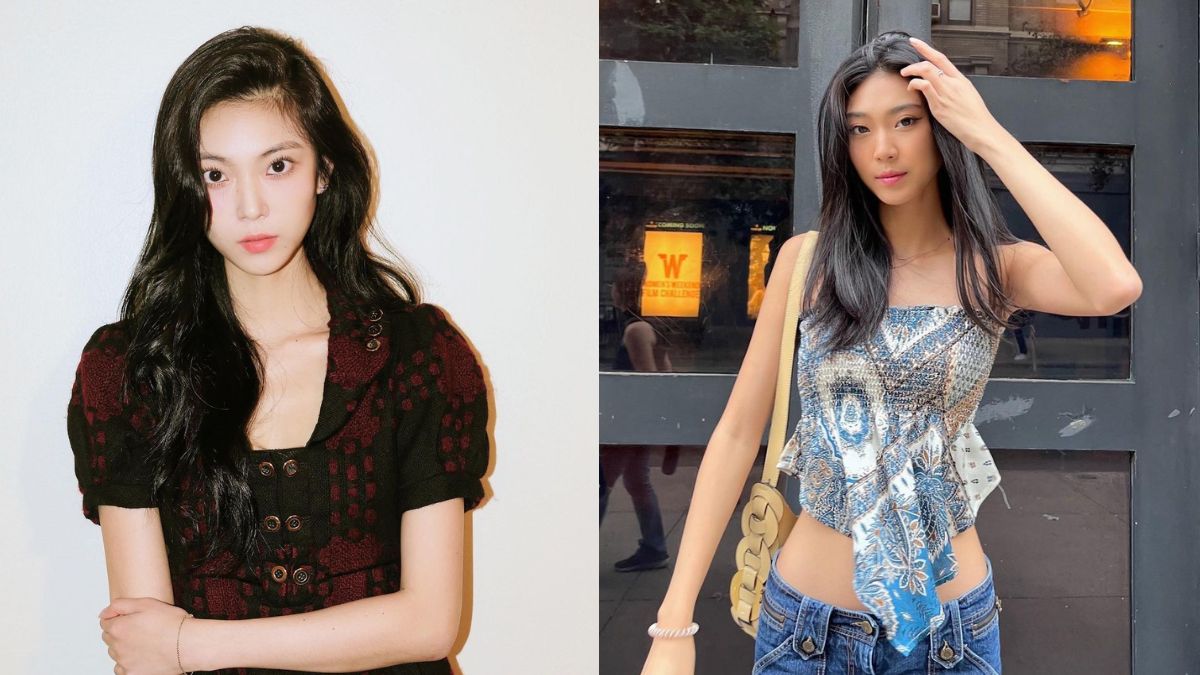 IMAGE Instagram/deeenerss
The fan-favorite contestant is a pre-med neuroscience and computer science student from Harvard University!

With a new season of Single’s Inferno comes a new batch of contestants worth rooting for. In the case of the internet, they might have found their own love match in 22-year-old Nadine Lee.

Following the Netflix Korean dating series’ first season, which grouped together nine people in a secluded private island to find potential romance, the second installment has, yet again, captured the attention of viewers. One particular charmer is burgeoning Korean-American star Nadine, netizens’ proclaimed island “it girl” and “the total package.”

Wondering why they’re entranced? To know more about this new gal on Inferno’s tension-filled shores, read on below!

Nadine was born on May 1, 2000 in New York City to parents of Korean descent. She grew up in Englewood, New Jersey, Seoul, and Marin County, California.

2. Nadine Lee is a double major at Harvard University.

If “beauty and brains” were a person, then Nadine would definitely be it! The Single’s Inferno cast and its viewers were astounded upon hearing that the 22-year-old is actually a student in the prestigious Ivy League Harvard University. Not only that, but the junior undergrad is studying to be a doctor with a double major, with a pre-med in neuroscience and a secondary concentration in computer science.

Fun fact: Harvard wasn’t the only top-notch university that wanted her in their student roster. In a viral reaction video, it’s revealed that she was also accepted to Yale University and Princeton University.

In an interview with The New York Times, Nadine revealed that she expected to face discrimination when applying for universities, based on her friends’ past experiences. To stand out from other Asian-American college applicants, she applied for the United States Air Force Reserve Officers Training Corps to emphasize her dream of becoming a trauma surgeon.

4. Nadine Lee has a packed work and volunteer experience.

Aside from the Air Force training corps, her LinkedIn page boasts a diverse work and volunteer experience. The Korean-American is currently an Internal Relations Executive Director at Synapse National, a nonprofit centered on brain injury awareness. Aside from that, Nadine is a research student at Christopher A. Walsh laboratory’s Genomic division, a Surgery Interest Group Director at Harvard Premedical Society, and a director at Harvard’s Women Engineers Code Conference.

The Single’s Inferno star was also a volunteer at several orphanages, residential homes, and mobile clinics in South Korea, California, and Ecuador. Wow!

5. Nadine Lee is an athlete.

Squeezed in between her academics and extracurriculars, Nadine also makes time for her passion for sports. The second season of the dating show revealed that she was a football player for 10 years and played lacrosse in high school and college. She also enjoys other outdoor sports like golfing, kayaking, sailing, and skiing.

Single’s Inferno marks Nadine’s second foray into Korean’s entertainment scene! The 5’10” gal first immersed herself in the fashion industry from 2014 to 2018, when she was signed to YG Entertainment’s model subsidiary, K-Plus.

It isn’t a surprise given her chic looks and model past, but it’s worth noting that Nadine has a penchant for designer brands, too. The up-and-coming star and her equally fashion-savvy mom have documented shoppings vlogs in Chloé, filmed luxury jewelry hauls including Cartier and Bulgari, and sported looks from Prada.

8. Nadine Lee joined “Single’s Inferno” to step out of her comfort zone.

In the series, Nadine discussed her reasoning for joining the Korean reality show, saying that she wanted to “make some new special memories,” but also wants “to date.” She described her ideal guy as someone who is tall (given her statuesque height), isn’t averse to long-distance relationships, and excellent behind the wheel, since she’s a pretty good driver herself!

9. Nadine Lee and her family have a YouTube channel together.

Prior to Single’s Inferno, the Lee brood has already gathered a strong following thanks to their YouTube channel NiMo Fam. The account, which is named after the initials of sisters Nadine and Isabelle, is managed by their mom Kim Hee Jin. With 269,000 subscribers strong, the channel houses travel vlogs, shopping hauls, lookbooks, Nadine’s Harvard diaries, and more!

Did You Know? "Single's Inferno 2" Contestant Lee So E Actually Starred in K-Drama "The Glory"