JUST IN: Jinkee Pacquiao Is One Glamorous Ninang at a Wedding Wearing Accessories Worth at Least P10 Million|Read more »
Culture | By Sabrina Basilio - Jun 1, 2022 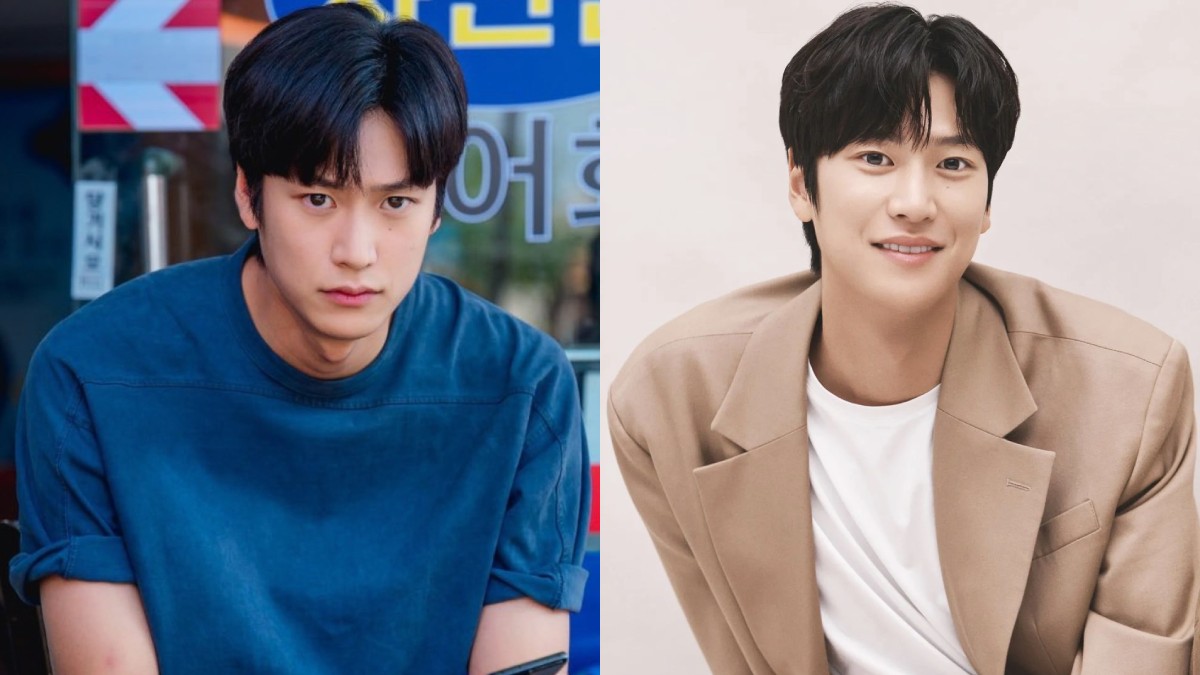 IMAGE Jinxed at First/KBS, INSTAGRAM/10042n00
He once trained to be a K-pop idol!

Many eyes have been on Na In Woo since the success of tvN’s Mr. Queen and the webtoon adaptation of Her Bucket List. Now, fans are eagerly awaiting his return with Jinxed at First, helmed by Director Yoon Sang Ho, who also worked with him on KBS’ River Where the Moon Rises. According to Director Yoon, In Woo not only gave an outstanding performance, he's also a good role model for this generation’s youth.

We’ve found this to be nothing but the truth because In Woo is an all-around talent and sweet personality on and off screen. Fans old and new would delight to know all the reasons this rising star deserves the spotlight.

Here Are 10 Things You Need to Know About Na In Woo:

1. Na In Woo is just his stage name

Na In Woo’s real name is  Na Jong Cha. In 2019, the actor started taking on projects under the name Na In Woo. According to a 2020 interview with CUBE Entertainment, he chose this name to emphasize his best characteristics. “In Woo” apparently means friendly or easy to get close to in Chinese. That much is evident enough in his brief but bombastic behind-the-scenes videos all over the Internet.

2. He can sing and play multiple instruments

His quirky BTS videos and talk show appearances also reveal that In Woo is a musician by heart. He is not only a skilled guitar and bass player, but an excellent singer. Although he’s known for having 5 rock guitars and singing rock songs to destress, he also starred in a musical play back in 2013 called A Bachelor’s Vegetable Store. This just goes to show how versatile his talents and interests are.

3. He used to train at JYP Entertainment alongside members of Twice and GOT7

With the deep love In Woo harbors for music, it’s no surprise he started out hoping to become a K-Pop idol. According to an article in Soompi, the actor was a trainee alongside GOT7’s Jinyoung, TWICE’s Jeongyeon, and B.A.P’s Youngjae. It was only when he turned 19, at the cusp of adulthood, when In Woo started reconsidering the career path he wanted. Eventually, he pursued acting after encouraging himself to take more chances while he’s young.

4. He danced with Lisa of BLACKPINK

Despite having been an actor for years now, In Woo still has some idol tricks up his sleeve. As the host for Lisa's first single album TV interview, he received many compliments, not just for his calming demeanor, but his ability to catch up with the LALISA dance challenge, as well. He was an instant charmer for his endearing dance moves as well as his quick ability to match her sense of humor.

On the topic of charm and versatility, In Woo has also graced the runway. Before his 2015 drama debut in Shine or Go Crazy, the actor was part of the 2014 Seoul Fashion Week. Standing at 187 cm (6’2ft) tall, it’s no surprise he immediately caught the attention of casting agents and eventually rose to the popularity he’s enjoying now.

6. He gave an inspiring Best Rookie Award acceptance speech in 2021

At the 2021 KBS Drama Awards, In Woo delivered an unconventional acceptance speech after winning the Best Rookie Award for River Where The Moon Rises. After expressing his gratitude, he started addressing himself by his real name, Na Jong Chan. The actor said, “Jong Chan, you did a great job. You’re not the center of the world. You exist because of the people around you, so always stay humble. Live a life full of love and gratitude.” He would later on display this same humility after winning the Best Couple Award for the same drama and giving the credit to his leading lady, Kim So Hyun.

7. His former stylist made a public post about his personality

After the official announcement that Na In Woo would join the 2 Days 1 Night program as a permanent cast member, the actor received  massive waves of support from fans all over Korea. Most notably, his former stylist made a private Instagram post about the actor’s warm and friendly attitude on set.

Translated to English, the stylist said, “I made a lot of small mistakes but [In Woo] always said that everything was fine. . . I'm the type of person who snores while sleeping, but he never wakes me up in the car. He always makes sure that I eat on time, even if he doesn't. . . I prayed for you that you will be a hit . . . I remember the great 3 years working with you, I wished that you would be a great success. I respect the actor Na In Woo, but I respect the human Na Joo Chan more. Oppa, fighting! You have worked hard.”

There’s nothing more delightful than a talented and good-looking man with good enunciation in his toolbelt. In Woo certainly checks out in all three departments. Fans were quick to record and reproduce his Instagram Live where he addressed his international audiences in smooth and casual English. This is because he studied abroad in Canada from 9 to 12 years old.

9. He had to improvise a lot for River Where the Moon Rises

During his guest appearance on MBC’s Radio Star, In Woo opened up about the difficulties he encountered while filming for KBS’ River Where the Moon Rises. He had joined the production as the lead in place of Ji Soo, who exited because of a school violence controversy. Soompi reports that 90% of the drama had already been shot when the allegations surfaced, which left In Woo with little time to catch up. According to the actor, “I immediately had to film a lot of scenes, there was no time to look at the script. It was a situation where 80 percent was improvisation.” His hard work evidently paid off as he won two awards for his work.

10. He is the most loyal actor at CUBE Entertainment

CUBE Entertainment was founded in 2006 and has been representing In Woo since 2011. In a W Magazine interview, In Woo revealed, “Since I’ve already spent nine years at Cube, I’ve become one of the people who has been in the company the longest. I don’t know about anything else, but it’s comfortable because I don’t have to be wary since I’ve been here longer than most employees.”