10 Heartwarming Family Movies to Watch if You Enjoyed "Encanto"

Including some childhood favorites! 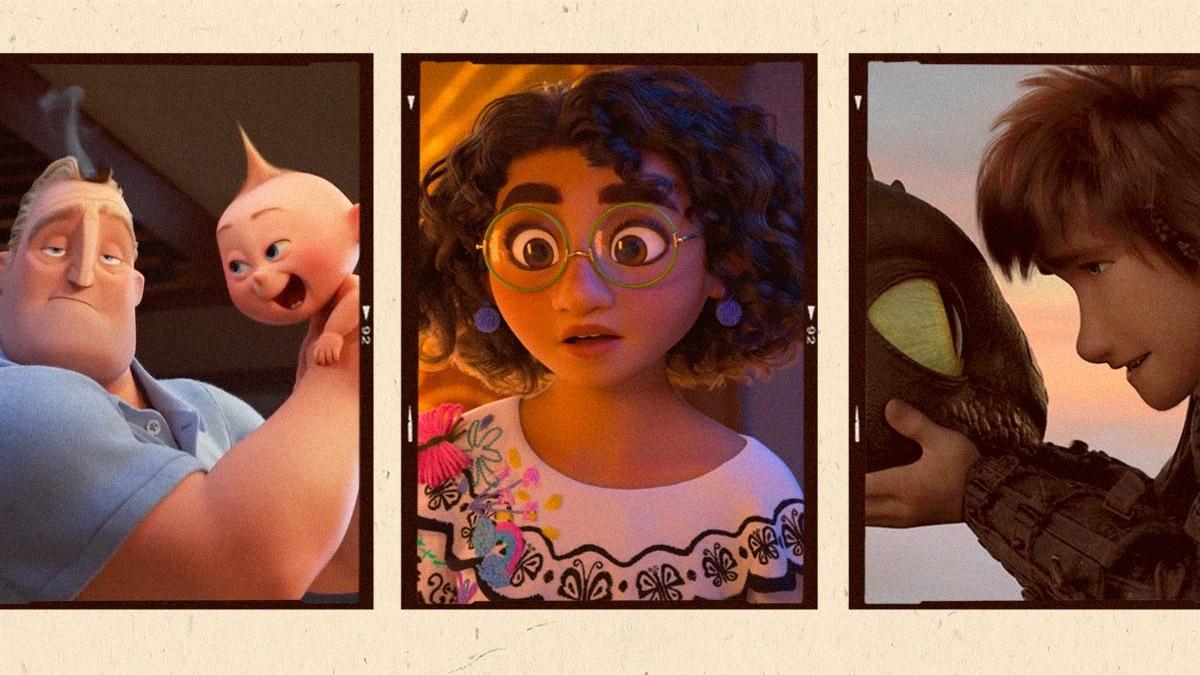 The magic of Disney’s Encanto took the world by storm at the end of 2021 and at the beginning of 2022. With songs we literally can’t get out of our heads and a story that digs up feelings long forgotten and hidden, we understand why Encanto became such a craze. However, if you want to take a break from the Familia Madrigal, here are 10 heartwarming, family-centric movies you can watch from the comfort of your very own casita.

10 movies to watch if you loved "Encanto":

Coco follows 12-year-old Miguel who is passionate about music. Unfortunately, his grandmother has banned music of any kind in their household. Determined to prove his talent and to become like his idol, Ernesto de la Cruz, he somehow finds himself in the Land of the Dead, where he uncovers family secrets and the reason behind their animosity towards music.

Much like Encanto, this movie celebrates Hispanic culture with a showcase of vibrant colors and songs that will make you either get up and dance or burst into tears. It’s also heavily rooted in the dynamics of family and forgiveness. Similar to how Miguel’s family shunned him because of his love for music, Mirabel was rejected by Abuela since she had no magical abilities. Being different from the rest of their family was difficult for both characters, but not once did they stop loving them.

Based on a Chinese legend, this Disney classic revolves around Mulan, a girl who disguises herself as a man and takes her ailing father’s place in the army. Characters like Mirabel and Mulan are perfect examples of heroines that will sacrifice pretty much anything to protect their family, even if it means putting their lives on the line. It’s also empowering in how they show women as brave, strong, beautiful, and doing the saving this time around.

Lilo & Stitch tells the story of two Hawaiian sisters who suddenly become involved with intergalactic creatures. Lilo is a lonely child and a bit of an outcast in their community. She’s also under the care of her older sister, Nani, who, because of a tragic accident, is now her legal guardian. When she prays for an angel to be her friend, Lilo ends up adopting Stitch, a mischievous alien who crashes on earth.

Lilo and Nani mirror the bond between Mirabel and her sisters. We can recall the rocky start of Mirabel and Isabela’s relationship and how they patched things up in the end. We can also see this kind of dynamic between Lilo and Nani, with Lilo constantly getting into trouble and Nani being the one who always cleans up her mess. Oh, and remember when Luisa sang about the growing pressures of being the protector of her family? We’re pretty sure Nani would also sing it at the top of her lungs.

This movie shows the life of a family of superheroes forced to lie low and hide their abilities from ordinary citizens. However, their father, Mr. Incredible, starts to miss all the action and adventure. When the opportunity to don his super suit and fight crime once again actually comes, he gladly takes the chance, unaware of the impending danger awaiting him. With their patriarch’s life on the line, it’s now up to his family to save him and the city.

A family with superpowers and abilities? Sign us up! This movie highlights the importance of family and being of service to the community, similar to Encanto. It also emphasizes the significance of working together and lifting each other up, much like how the Madrigals came together in rebuilding Casita.

Happy Feet is set in a world where every penguin is a talented singer—well, everyone except for  Mumble. They believe that everyone has a heart song inside them and that this will be the key to finding your soulmate. With our young hero not being able to sing a single tune, he feels as if he doesn’t belong and is going to end up all alone. However, another thing sets him apart from all the other penguins: He’s an incredible tap dancer. From here, the movie follows his journey towards accepting himself and being accepted by his community.

Searching for approval and a sense of belonging have been the struggle for both Mumble and Mirabel. Although they have loving and supportive parents, they’re still ostracized outside their inner circle just because of their nonconformity to society's standards. It isn't their fault they were born different and all they want is a designated space for them in the world where they can be their most authentic selves without judgement from others.

This movie shows that even the mightiest superheroes still need to attend school, where they will be classified as a hero or a sidekick. Will Stronghold, the only child of the most famous superheroes in America, is burdened with the pressure of living up to his parents’ reputation. However, Will isn’t exhibiting any powers. Not his dad’s super strength, nor his mom’s ability to fly.

Sound familiar? Will and Mirabel are both the black sheep of their families, and their situation really sets us up to root for them. Everyone has a soft spot for the underdogs, after all. What we love about stories like these is the reminder that we’re all special in our own unique way.

Hiccup is from the island of Berk, where hunting and killing dragons is an integral part of their lives. In a village of Vikings, where he’s the only son of the chief of their clan, his scrawny physique and quirky qualities make him an outcast among his peers. After a failed attempt in capturing the most-feared dragon in their land, he befriends him instead and names him Toothless. Despite the danger his decision may cause him, Hiccup takes it upon himself to change the minds of the people of Berk.

Here, we meet yet another outcast. See the pattern? Hiccup is just another Mirabel in his world. He fears he doesn’t measure up to his people’s standards just because he’s different, but this movie, similar to Encanto, emphasizes that being different doesn’t make you any less special.

After she separates from her husband, a single mother and her three children move into a run-down family home. While exploring the new house, Jared, one of her kids, comes across a mysterious book locked away in a dusty old trunk. With curiosity getting the best of him, he ignores every warning and casually peruses through the book the whole night. Because of this, he unwittingly awakens strange creatures that threaten the safety of his whole family.

Jared and Mirabel are both curious individuals. Jared with the book and Mirabel with the prophecy. We all know the saying of curiosity killing the cat, and in this case, both characters were victims of their own inquisitive minds only to discover something that will inevitably change the course of their lives.

Cedric Brown is a widower and a father of seven boisterous children who have a knack for chasing away every single nanny just to get their father’s attention. Juggling between being a single parent and working as a local undertaker, Mr. Brown is now desperate to find a nanny willing to stay. Which is why he hires the mysterious Nanny McPhee, despite not being part of any known agency. Simon, the eldest among the seven, leads his siblings in scaring away this nanny once more, but little do they know that the new hire has magical abilities she can use to instill a sense of discipline in the children. When the siblings find out they might be separated from one another, they all come together to change the tides with the help of Nanny McPhee.

Here, we have another movie that highlights the challenges a family often faces, especially when only one parent is present. It shows how there is no such thing as a perfect family, but having the camaraderie and bond you all share will always be nothing short of special. This theme draws a parallel to how both the Madrigals and the Browns put their differences aside and got together at the end of their stories.

In the Heights is the movie adaptation of the stage play of the same name. It revolves around the lives of a tight-knit community in Washington Heights, where we get to explore and witness the struggles of the Latin community in America.

While In the Heights tackles more serious issues, such as gentrification and immigration, it honors culture, diversity, community, and love just like Encanto. The characters share the same dreams and aspirations of finding a place in the world, all the while struggling to realize they’re already home. Plus, all the songs in both In The Heights and Encanto are written and composed by Lin-Manuel Miranda, the award-winning playwright and songwriter that brought us Hamilton and the songs from Moana. The movie also features the voice actor of Mirabel, Stephanie Beatriz!

10 Adorable And Sweet Ways To Pose With Your S.o., As Seen On Celeb Couples