It's the perfect way to celebrate Independence Day! 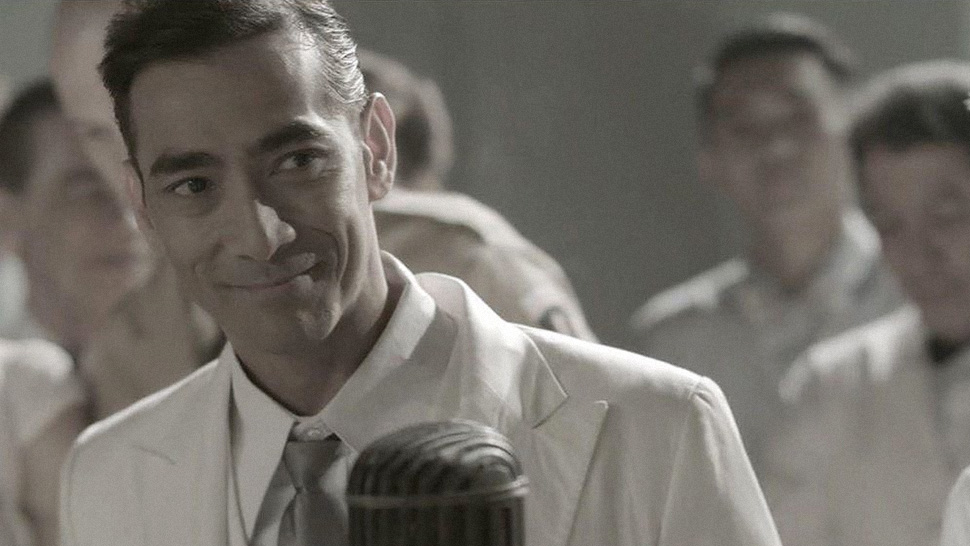 Bone-tired and grey, Quezon's Game begins with an ill and aging Manuel L. Quezon looking to his wife and asking, "Could I have done more?" The story then flashbacks to a younger Quezon attempting to do exactly just that. Just in time for Independence Day month, Quezon's Game centers on a specific time period in former President Quezon's incumbency. One rarely known or heard of by the Filipino populace: that of the president and his political cohort's plight to shelter Jewish refugees in the Philippines, at a time when the whole world had seemingly turned its back on them.

After having opened to rave reviews from critics and bagging 12 international awards, does Quezon's Game live up to its hype? Read up below and see for yourself!

It'll keep you on the edge of your seat.

While the popular historical films that came before it like Heneral Luna and Goyo were rife with action-packed key sequences, Quezon's Game is a political film through and through. It's heavy on dialogue, featuring all talk from hushed conspiracies in Malacañang Palace to underhanded threats whispered over a poker game. Therein lies the genius of the film, with a script that grapples at your interest while succesfully handing over a sustained intrigue 'til the next scene and the scene after that. No need for grand spectacles, war tanks, or gunfights; just a gripping sequence of events that leaves the audience wondering what will happen next. Not to mention, part of the audience's curiousity throughout the film is owed to the fact that its main premise, that of Quezon fighting for Jewish refugees, seems to be an unknown fact buried deep by other grander histories, and not at all discussed in school textbooks.

It adheres to our basic humanity.

It's safe to say that Quezon's Game's emotional draw is enough to bring a whole theater into a quiet mess of unexpected tears. There's no denying though that most of its hard-hitting beats rely on sentimentality to succesfully tug at your heartstrings. After all, how on earth can your heart of stone not at least twinge with pity for these Jewish refugees, tortured and left without a safe haven to run to? You can bet, it's that kind of movie. But perhaps it's exactly a story like this that should rightly tap at sentiment, at a person's innate capability to care about the other, and to choose what is human. Often, Quezon and his comrades are backed into a corner with voices discouraging them or outright telling them that their plight to save 10,000 Jews is a losing battle, from bigoted Americans to 'nationalistic' locals who believe that the duty of the Filipino is to the Filipinos alone. Despite this, humanity wins over. As for how it exactly happens? You'll just have to see the movie yourself.

Contrary to what the title gives away, Quezon's Game wasn't written to glorify Manuel L. Quezon as an inafallible hero to be celebrated. The film, instead, showed him to be a person with his own faults and misgivings. A father whose dedication to do what is just has put his loyalty for his own family on the backburner. He just so happens to be a man in power who's decided on the good fight when everyone else has turned a blind eye. Not to mention, Raymond Bagatsing plays the sickly but determined President with such nuance it's difficult not to be charmed, even when he's bone-tired in bed with Tubercolosis.

It redefines what it means to be independent.

Another good thing about the film? Despite showing at the height of Independence Day week, it doesn't stick to the classic ra-ra Filipino nationalism expected of local historical films shown at this time of the year. If anything, it speaks of more than just breaking free from the hands of our colonizers. Quezon's Game teaches us that at the end of the day, a nation's independence isn't just about getting to wave a flag and calling it a win. Being independent from the dictations of an overlord is also about having the freewill to choose the good deed, not just for its own countrymen, but to anyone beyond its borders in need. It's about opting to live in community with others, rather than in isolation with themselves.

It tackles issues relevant to today.

Sure, the tides have changed from the very real nightmares of yesterday, but just because there aren't any radicalists causing mass genocides by the hour doesn't mean prejudice and bigotry are out of the picture. Far from it, those still exist around the world and in our own streets. It would do well for the Filipino to be reminded that we were once a country capable of noble actions such as this.

There were ocassional bursts of melodrama.

With a story dependent on sentimentality runs the risk of melodrama. Rachel Alejandro's portrayal of Quezon's headstrong and loyal wife Aurora oozes with regality and grace. But even her fine acting can only do so much when faced with inextricably dramatic scenes and dialogues between her and Raymond as a husband and wife constantly in loving conflict.

Quezon's Game is the perfect Independence Day film. Smart yet still full of heart, it aches to be watched not just by those nostalgic of Quezon's time, but by the youth of today as well who otherwise wouldn't have known of this one brave and selfless act in our country's deep history.

10 Things You Need To Know About Bb. Pilipinas-universe 2019 Gazini Ganados