LOOK: Here's How (and Why) Bela Padilla Decided to Uproot Her Life in Manila and Move to London|Read more »
Culture | By Steph Sison - Nov 22, 2016

Read on if you don't mind a few spoilers. 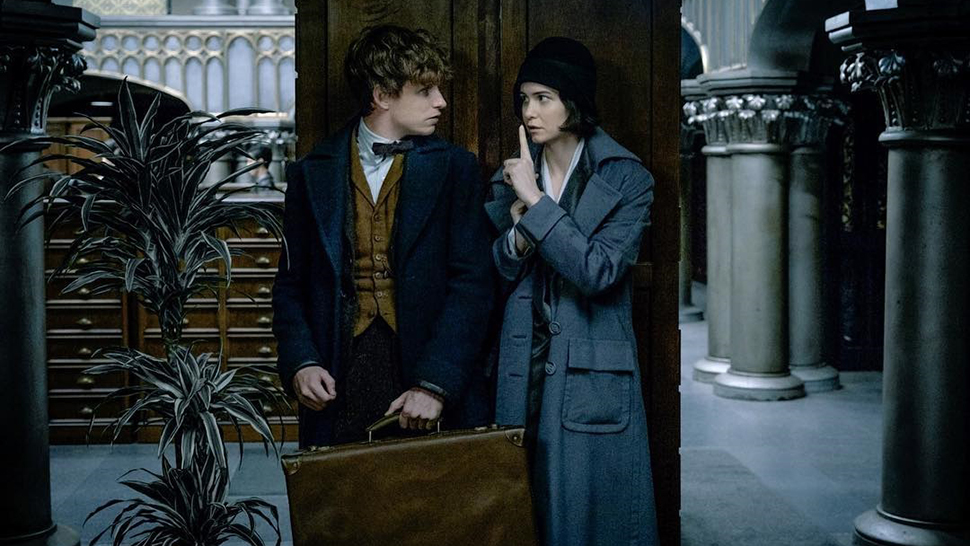 Set in the 1920s, Fantastic Beasts and Where to Find Them opens us to a world beyond Harry Potter and Hogwarts. J.K. Rowling unveils the expanse of the Wizarding and Magical World, thus surpassing the time and space of the Boy Who Lived.

Where Harry Potter tackles childhood and the many challenges one may undergo, Fantastic Beasts leaves behind this premise and instead deals with real adult situations and its consequences. It has what many viewers desire–something that would grow, connect, and mature with us as we encounter life. And in order for that to happen, we had to leave behind Hogwarts and Harry Potter. We had to leave Britain and Harry’s timeframe. Taking place in the US and in decades before him, Fantastic Beasts introduces Newt Scamander inside a very cluttered film.

The chaotic plot development can be hinged on two possible reasons. One, J.K. Rowling, no matter how talented of a writer she is, hasn’t nailed the pacing for screenwriting just yet. Watching the film, it took a while before we found out just why exactly Newt is traveling from Britain to the US on a boat. While Rowling is successful in developing two main plots simultaneously, she risked working up the other too late. Case in point: we knew that the MACUSA was dealing with the exposure of the magical world to the No-majs and the search for Obscurials before we found out that Newt is really just there to return Frank into the Arizona wild.

Two, we must remember that Fantastic Beasts is a spin-off series. Meaning, it doesn’t have a book to anchor itself onto. With this, everything had to be explained on-screen. So if you’re a fan of the Harry Potter books, you’d probably want to re-read them again just to cross-reference a few eggs you’ll find in there. But if you’re just there to enjoy the world Rowling had created, you’ll survive with just the film on repeat.

The film’s cluttered progression, however, is perfectly understandable. This is the first of five upcoming series revolving around Newt and his beasts. While I’m not surprised that the plot moved a bit slow, it’s more of a set-up movie–a prelude into a new world that needs to find its stable grounding first. This became possible as we were introduced to new characters. Eventually, we invested ourselves in getting to know them and discovering their plights: we feel for the disgraced Porpentina Goldstein who just wants to be taken seriously again; we are captivated by her Legilimens younger sister Queenie (apart from wanting to get fashion and beauty advice from her); and we root for Jacob Kowalski to open his bakeshop and for Newt to capture his beasts (especially that Niffler!).

So with the many compelling characters we meet, it’s forgivable that the premise of knowing where to find the fantastic beasts became slightly buried. You might even forget just how Gellert Grindelwald fits into this story despite a lengthy establishment of his antagonism. So, I’m not exactly whining about how the film had been developed. It eventually fell into place as it stretched into its final minutes. You just really have to pay attention to piece everything together.

In truth, you can find strength in its chaos. Rowling colors an epic magical adventure meant for kids with tinges of just enough wickedness, violence, and even political undertones to grab the attention of adults. With Fantastic Beasts, we are reminded that the Magical World cannot be contained just within the Potterverse.

14 Things That Happened At The Uaap 79 Cheerdance Competition