These Are the Most In-Demand Jobs in the Philippines

Looking for a career shift? 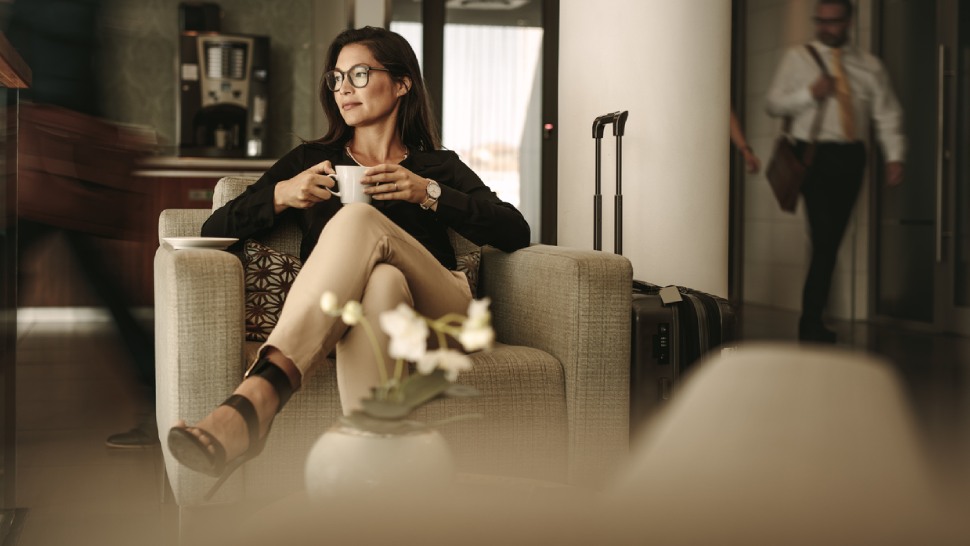 If you’re looking for a change in career, you might do well to check out openings within the consumer goods, hospitality, health care and IT sectors.

According to the most recent Monster Employment Index (MEI), these industries recorded the highest jumps in demand between April 2018 and April 2019 here in the Philippines. The MEI is a gauge of online job posting activity compiled monthly by Monster.com, a leading career and recruitment platform. It records the industries and occupations that show the highest and lowest growth in recruitment activity locally. 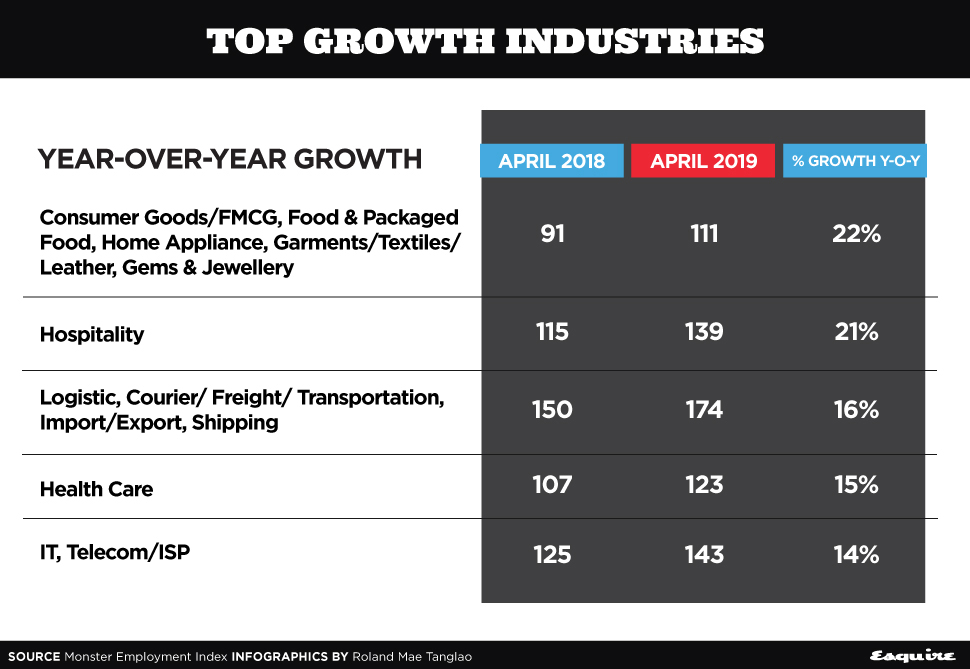 The consumer goods/FMCG (fast-moving consumer goods) industry led the demand with a 22 percent annual rise in April compared to the same month one year ago. This was closely followed by the hospitality industry, which recorded a 21-percent year-on-year growth. Healthcare, meanwhile, recorded a 15-percent growth in the same time frame.

The IT and Telecom/ISP industry ranked among top growth industries for the first time in 2019, experiencing year-on-year growth of 14 percent.

Overall, the MEI said e-recruitment in the Philippines witnessed positive growth of 11 percent between April 2018 and 2019.

Other industries monitored by the index recorded significant positive growth as well, including production and manufacturing at 10 percent; advertising, market research, public relations, media and entertainment at nine percent; retail at seven percent; and engineering, construction and real estate at four percent. 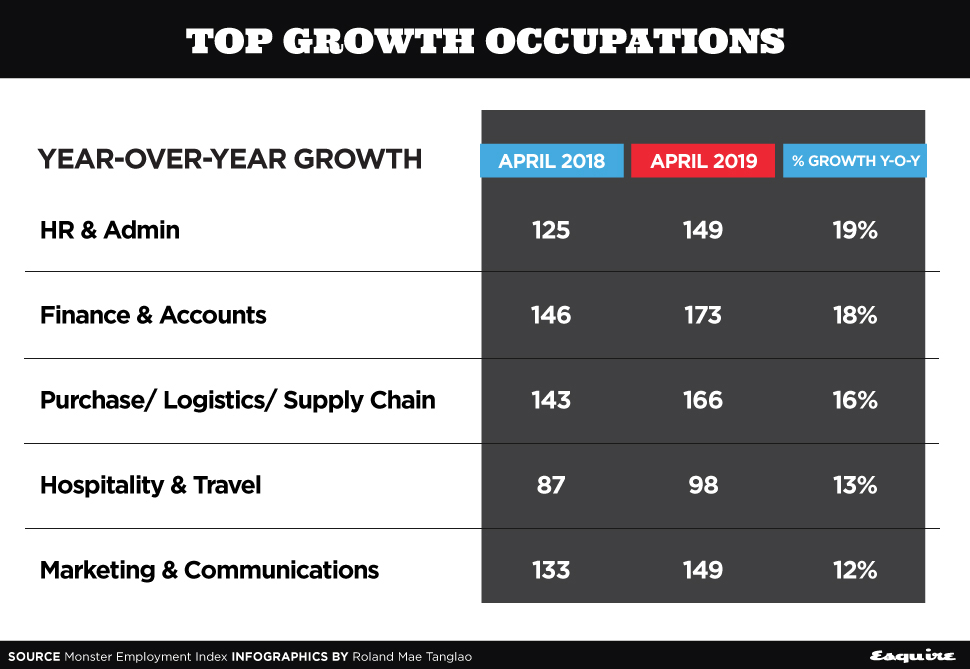 Only the education sector saw a six percent decline in demand between April 2018 and April 2019.

Drilling down to specific job roles, all 10 of the occupations monitored by the Index recorded positive year-on-year growth in April, led by human resources and admin professionals at 19 percent, followed by finance and accounts talent at 18 percent.

“The job market reported a stable momentum despite the 5.6 percent growth in the 1st quarter of 2019, and with the ongoing trade war and other economic headwinds businesses will remain cautiously optimistic,” said Abhijeet Mukherjee, CEO of Monster.com for Asia Pacific and Middle East.

“As traditional roles continue to evolve, digital competency remains high in demand. In fact, employers have a huge responsibility to empower employees with the right set of skills development initiatives. Organizations creating personalized learning paths to upskill employees in their current and future roles command a huge competitive advantage.

“More importantly, to attract top talent in a competitive labor market like the Philippines, it is crucial for organizations to cultivate a strong employer brand by clearly articulating why their company is a great workplace,” he added.

According to its release, the MEI is a monthly look at online job posting activity, based on a real-time review of millions of employer job opportunities culled from a large representative selection of career websites and online job listings across the Philippines. The Index does not reflect the trend of any one advertiser or source, but is an aggregate measure of the change in job listings across the industry.