JUST IN: Jinkee Pacquiao Is One Glamorous Ninang at a Wedding Wearing Accessories Worth at Least P10 Million|Read more »
Culture | By Hanna Tamondong for Cosmo.ph - Dec 15, 2021 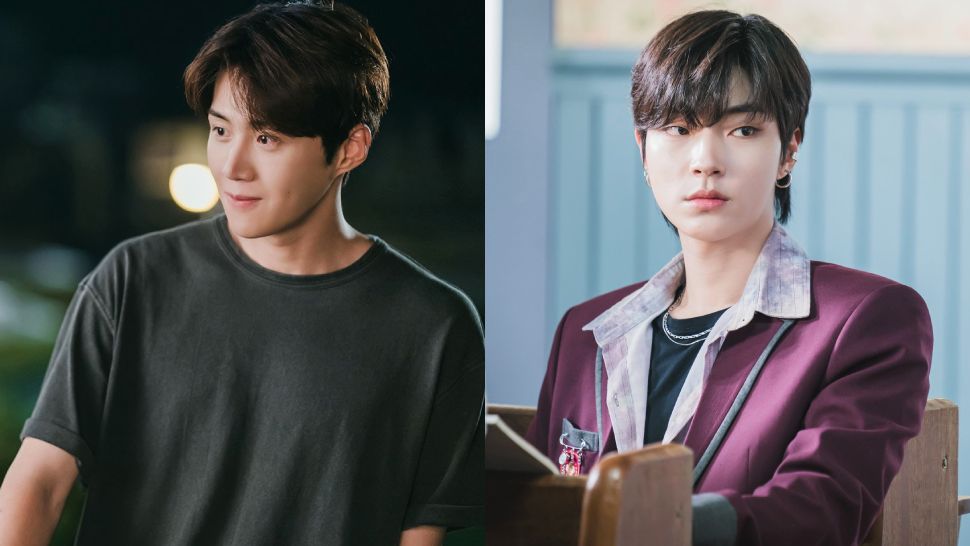 There's no doubt that 2021 is a big year for the Hallyu world—a lot of must-watch K-dramas were released on streaming platforms and new K-pop artists made their debut. This paved the way for the audience to search more about the actors on those series and the members of those rookie groups.

On December 9, Google announced the top-searched Korean celebs in PH. We know you're curious about them, so here you go:

10 Most Googled Korean Personalities In The Philippines:

The nation's good boy Kim Seon Ho is this year's most-searched Korean celebrity! In 2020, he became a breakout star after playing the second lead in the drama, Start-Up. Fans manifested another project for him and it came true—Seon Ho was soon cast in the healing series Hometown Cha-Cha-Cha and this time, he's the star of the show alongside Shin Min Ah. Also this year, Seon Ho was caught in a controversy involving his ex-girlfriend but it was soon reported that she allegedly distorted the truth. The actor is now set to make his comeback in the film, Sad Tropics.

Another second lead that made everyone curious is True Beauty star Hwang In Youp! His popularity soared after portraying Han Seo-joon, who may look tough on the outside but is actually a softie on the inside. He's close with his mom and sister, he helps others out, and did we mention that he's a singer, too? In Youp's stint in True Beauty was followed by a string of other projects including the upcoming Netflix drama The Sound Of Magic.

Did you know that Squid Game is Jung Ho Yeon's first acting project? Before starring in the global phenomenon, she has been modeling since she was 16 years old and even placed second on Korea’s Next Top Model! On why he chose Ho Yeon to play Kang Sae Byeok in Squid Game, director Hwang Dong Hyuk said: "The moment I heard her voice, saw her glares and overall aura, that was the time when I said that everything about her is so perfect."

Following the announcement of her relationship with Lee Seung Gi, actress Lee Da In trended on the internet. Some fast facts about her: She studied theater and film in college, starred in the drama Alice and Hwarang, and came from a family of actors.

On August 30, there were rumors that MOMOLAND member Yeon Woo is dating The King: Eternal Monarch star Lee Min Ho. Korean media outlet Dispatch revealed that they have been in a relationship for five months and they once spotted them on a movie date. Both Yeon Woo and Min Ho's agencies have denied these claims and said that they were accompanied by friends. Yeon Woo left MOMOLAND in 2019 and is now busy as an actress.

Although she has a lot of dramas under her belt, it was It's Okay To Not Be Okay that made Seo Ye Ji a household name in the entertainment industry. This series was soon followed by the blockbuster movie Recalled which sold 18,200 tickets on its first day. At the height of her popularity, Ye Ji was embroiled in an issue with actor Kim Jung Hyun. Their agencies have cleared their sides about this, and Ye Ji will be leading the drama Eve's Scandal which is slated next year.

Rising star Song Kang starred not just in one but three Netflix K-dramas this year! He was back in Love Alarm 2, transformed into a ballerina in Navillera, and gave everyone the butterflies in Nevertheless. He also signed multiple endorsement deals and graced various magazines. Song Kang's next drama is with Park Min Young titled Cruel Story Of Office Romance.

If you've heard the addictive song FEVER on TikTok, we're here to let you know that it's from the rookie K-pop group, ENHYPEN! The septet debuted on November 30, 2020 under BE:LIFT LAB, an agency co-founded by CJ ENM and HYBE Corporation. The members of ENHYPEN have since become sought-after idols, and they're always trending on the internet especially on Twitter.

Han So Hee is really unstoppable—in 2021 alone, she led two Netflix dramas, namely Nevertheless and My Name. She showcased her versatility in both shows which are from two different genres. So Hee is still booked and busy next year: She's confirmed to star alongside Park Hyung Sik in Soundtrack #1 and she's also in talks to appear in K-Project with Park Seo Joon.

An ENHYPEN member that had everyone searching his name on Google is Heeseung. Know as the ace of the group, the 20-year-old placed fifth in the survival reality show I-LAND before debuting in ENHYPEN.