JUST IN: Jinkee Pacquiao Is One Glamorous Ninang at a Wedding Wearing Accessories Worth at Least P10 Million|Read more »
Culture | By Jam Nitura - Dec 18, 2022 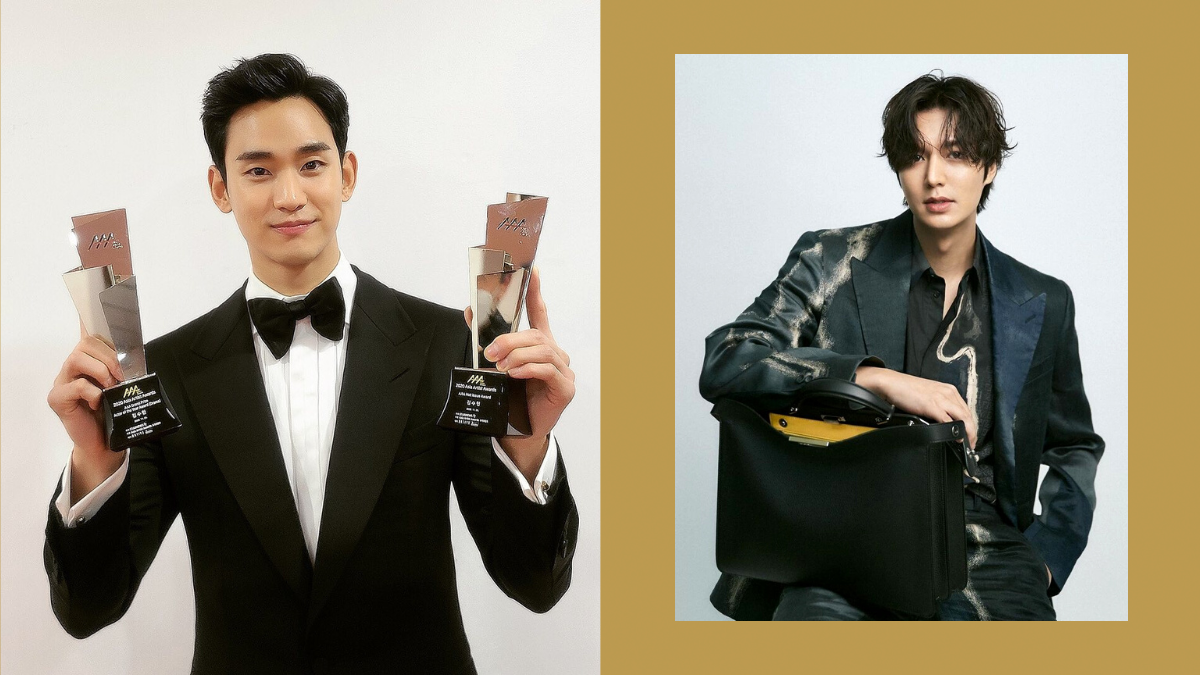 IMAGE INSTAGRAM/soohyun_k216, actorleeminho
Is your favorite K-actor part of the list?

Meet South Korea’s best and brightest male stars, at least where acting awards are concerned. From Lee Byung Hun to Kim Soo Hyun, these lauded leading men have long demonstrated their mettle in the industry, proving that they’re deserving of every single trophy engraved in their names.

8 Korean Actors With the Most Awards:

Lee Byung Hun leads the pack with 82 acting awards. Before his stint in Squid Game and starring role in our Our Blues, Byung Hun was best known for top billing the 2018 historical drama Mr. Sunshine, alongside Kim Tae Ri. His performance in the series even won him a Best Actor trophy at the 55th Baeksang Arts Awards.

Second in the list is Kim Soo Hyun, a.k.a. the highest paid South Korean actor in the industry. His monumental fee is definitely on par with his acting prowess if we’re looking at the number of accolades he’s brought home. The My Love from the Star actor currently has 60 awards under his belt; 61 if we include his award-winning OST with the Dream High cast, Dreaming.

Sol Kyung Gu is a veteran movie star in South Korea with over 40 credits to his name. He's definitely put his best foot forward in each film he’s been on as he has a total of 46 acting awards to boast about. Newer fans might recognize him best from the Netflix spy movie Yaksha: Ruthless Operations.

Hallyu star Lee Joon Gi shot to prominence after starring in titles like My Girl and Moon Lovers: Scarlet Heart Ryeo. His career has since gone nowhere but up, and the number of trophies on his mantel prove as much. As of writing, Joon Gi has 43 acting awards, a number of which he received for his performance in the 2005 historical drama film The King and the Clown.

Currently tied with Joon Gi is global heartthrob Lee Min Ho, whom we all first fell in love with as Gu Jun-pyo in the iconic romance K-drama Boys Over Flowers. This once beloved boy-next-door has come a long way from the fame he accrued in the show, proving that he has more to offer away from his chaebol heir image. Most recently, Min Ho starred in the Apple TV+ drama Pachinko, which is based on the epic historical fiction novel of the same name.

You can expect Yoo Ah In to bag an award whether it’s for a TV or film project. With 40 accolades to his name, Ah In is recognized as one of the most sought-after actors in South Korea. His most popular works include Voice of Silence, Chicago Typewriter, Hellbound, and Burning, among many others.

Doctor Lawyer star So Ji Sub also makes it to the list with his 37 acting wins. Among his most awarded works include the 2004 K-drama I’m Sorry, I Love You; the 2009 action melodrama Cain and Abel; and, more recently, the 2018 mystery-comedy series My Secret Terrius.

Last but not least is the multitalented Lee Seung Gi who's a force not just in the field of acting but in the music industry as well. Seung Gi, best known for my Girlfriend Is a Gumiho and A Korean Odyssey has 36 awards to his name. He’d rank way higher in the list if we took his music-related awards into account, bringing in his total accolades to at least 68!