5 Mobile Payment Apps That Will Help You Go Cashless

Shopping will be extra convenient from now on.

There’s this ambitious goal that the Bangko Sentral ng Pilipinas (BSP) has for the country. By 2020, it aims to make 20 percent of all transactions in the Philippines electronic, which means without using cash. While it remains to be seen if it’ll be able to reach that goal by next year, various mobile payment apps have popped up in recent years to help the BSP promote cashless transactions.

Going cashless makes transactions safer for both consumers and businesses—paying digitally means there’s no physical money to steal, and having all transactions stored digitally means that it’s much harder for merchants to lose money due to human error. Using mobile payment apps and other digital financial platforms also relieves users of the inconvenience brought about by bringing cash around all the time, such as storage and security. 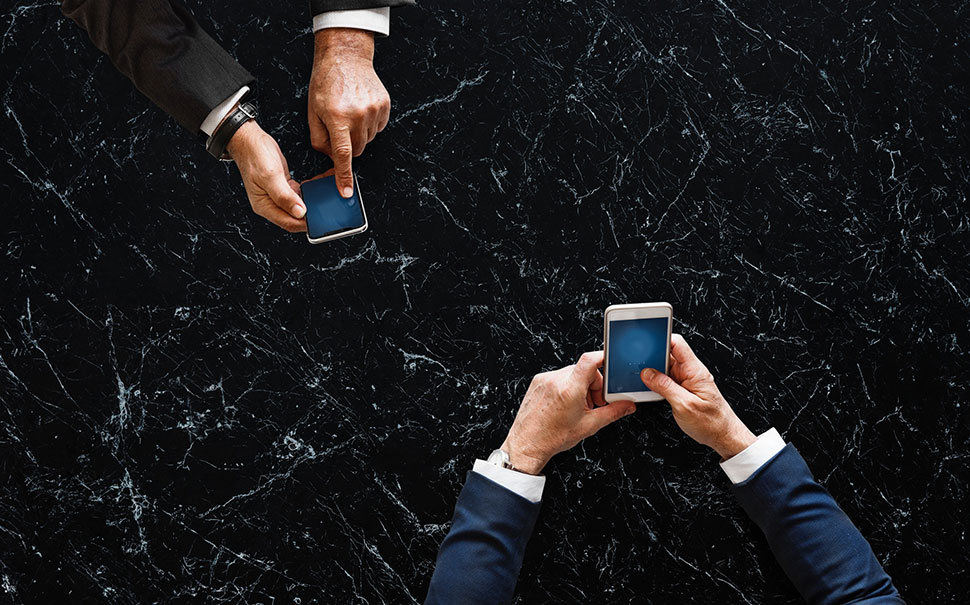 Here are five mobile payment apps in the Philippines that can help any user go cashless:

Ranking as the number one free finance app on both the Google Play Store and Apple App Store as of the time of writing, GCash is the mobile payment app developed by Globe Telecom. It allows users to purchase mobile load, pay bills, remit money, and pay for various products and services through the app, enabling users to transact without having to shell out cash.

The GCash app also has a built-in scan-to-pay feature that allows users to scan quick response (QR) codes located in various stores that have partnered with the company. These range from large mall-based retailers and restaurants to small neighborhood stores and merchants.

GCash has even rolled out a suite of financial services beyond digital payments such as a credit line and a savings account. To date, GCash has amassed a user base of over 20 million individuals.

The battle between Globe and PLDT doesn’t end in telco services—it also extends to fintech. PLDT’s entry to the mobile payment apps space is PayMaya, which provides various services such as mobile top-up, bills payment, and money transfer.

PayMaya’s scan-to-pay feature is also widely used around the country—the company’s website lists over 8,000 branches around the Philippines where users can transact by scanning PayMaya QR codes. Users can top up their PayMaya account, scan the partner merchant’s QR code, input the amount of the purchase, then pay for the bill all through the app.

As of end-2017, PayMaya reported eight million users across its various services. But the fintech firm is ambitious; a BusinessWorld article quoted PLDT executives as saying that they are targeting to increase its user base of digital financial products—which consists of PayMaya and other services offered by parent company Voyager Innovations—to 30 million by 2020.

If you got into the Bitcoin craze in the past few years, then there’s a big chance that you’ve already heard of Coins.ph. That’s because its Bitcoin exchange platform, where users can convert their Philippine pesos into Bitcoin, is one of the most accessible in the market today, with users being able to purchase Bitcoin through the Coins.ph app.

But while it’s known for its Bitcoin-based services, Coins.ph is also a full-fledged digital wallet that serves as a major competitor to the other mobile payment apps on this list. It has a mobile peso wallet that can be used for topping up mobile load, paying various utility bills, and purchasing credits for several video gaming platforms. Coins.ph also has a fund transfer feature for domestic and international remittances.

Similar to GCash and PayMaya, Coins.ph also has a scan-to-pay feature where users can scan QR codes in selected branches to transact. Its partner merchants include various restaurants, cafés, and bars scattered across Metro Manila. On its website, the fintech claims it has a user base of five million Filipinos.

If you’ve accepted freelance work from a foreign client, then there’s a good chance that they used PayPal to pay for your services. It’s one of the world’s largest digital finance platforms, enabling users to transfer 25 currencies electronically across over 200 countries.

According to its website, PayPal’s payment platform is also supported by over 10 million online stores, allowing users to pay for their purchases without needing to use cash. These include large e-commerce platforms such as eBay and Zalora as well as industry-specific retailers like airbnb and Steam.

In the Philippines, PayPal can also be used in other means. For the winners of the various mobile quiz shows and tournaments, they can claim their prizes by cashing out through PayPal.

If you regularly use the major train lines or point-to-point buses in Metro Manila then you probably already have a beep card. Born out of a public-private partnership between the Department of Transportation and a consortium consisting of the Ayala and First Pacific groups, beep was originally meant to be a unified cashless payment system to be used on the LRT-1, LRT-2, and MRT-3.

But after its launch in 2014, it has slowly expanded by enabling cashless transactions in other modes of transportation and even in some retail stores. The beep card can now be used on various point-to-point buses as well as in the BGC Bus, and it can be used to pay for toll fees in NLEX and Cavitex. It’s also accepted at selected branches of FamilyMart, Wendy’s, Binalot, and Robinsons Movieworld.

The beep app is slightly different from the other mobile payments apps listed above, in that it serves to augment the cashless features of the beep card rather than be a cashless mode of payment in itself.

You might be wondering what Grab is doing on a list of mobile payment apps in the Philippines when it’s much more suited on a list of transportation apps. Aside from being the biggest ride-hailing app in the country, the Singapore-based company is also positioning itself to be a mobile payments provider with its GrabPay feature.

Grab users who pay for their trips using GrabPay currently enjoy discounted fares. But the service has since been expanded to accommodating GrabExpress as well as enabling users to purchase mobile load through the app.

6 Photo-Editing Apps Celebs Secretly Use for Their Instagram Pictures

5 Mobile Apps That Will Help Remind You to Drink Water